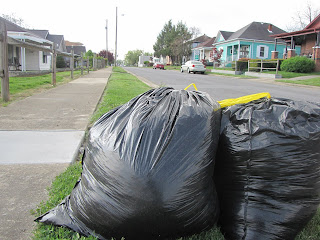 Once again, the Kingsport Sanitation Department and Keep Kingsport Beautiful are announcing the annual Clean Up, Pick Up and Recycle event — a two-week period where residents can put out extra items on the road for trash and garbage crews to collect.

The CPR event begins April 4 and runs through April 15, with the pickup days being on the resident’s regularly scheduled garbage, trash and recycling days, said Rodney Deal, sanitation manager for the city.

Kingsport will also be doing its last loose leaf pickup of the season during these two weeks.

Last year, Kingsport collected 700 tons of trash and 700 tons of garbage during the CPR event.
Posted by douglassriverview at 10:56 AM 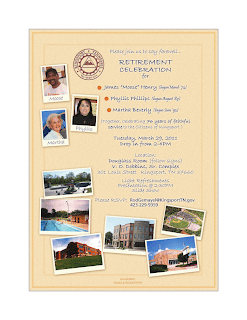 Posted by douglassriverview at 10:27 AM 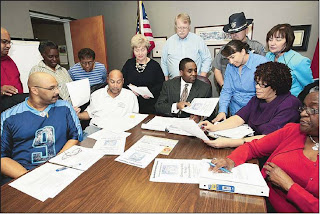 Board members of South Central Kingsport Community Development Inc. meet to plan for their upcoming annual community unity observance, this year called ‘Community Unity Through Praise and Dance.’ It will be held Saturday, March 19, beginning at 4:30 p.m. at the Dobyns-Bennett High School little theater. Entertainment will include praise dance teams from Central Baptist Church, Shiloh Baptist Church, Bethel AME Zion Church and Greeneville’s Full Gospel Mission Church #2 as well as the praise dancers of For His Glory and Company, Annointed and New Vision Youth. Other entertainment will be provided by soloist Angela Rodriquez and a mime performance by Jordan Carson. The event is free and open to the public.
Posted by douglassriverview at 11:13 AM

They traveled to Greeneville, Tennessee,the county seat of Greene County to explore the Nathanael Greene Museum, named after the Revolutionary War general, under whom, the ancestors of many local residents served, and the man to whom the city and county were both named after. 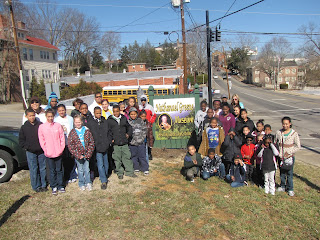 Click here to see a slideshow of the New Vision Kids' visit to the Nathanael Greene Museum for Black History Month, 2011.


31 New Vision Youth Kids made the trip, along with 7 adult chaperones.   New Vision Director Johnnie Mae Swagerty says, the annual journey is important during Black History Month so that the neighborhood youth can explore the lives and cultures of communities, other than their own. 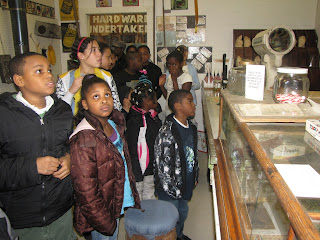 The Nathanael Greene Museum features 10 galleries, including the Presidential Gallery honoring President Andrew Johnson, his family and descendants (one of whom has a local connection to Riverview)... a Veterans Honor Gallery saluting Greene County heroes who fought and died to preserve our freedom and independence.... a Civil War exhibit featuring artifacts collected from Greene County ancestors who fought in the War Between the States... the Main Street Greeneville Gallery, with storefronts and room interiors from a bygone era... and for this month, the Black History in Greene County exhibit, with local African-American pictures, items and documents donated by local residents to spotlight history.

The New Vision Youth visit, which was the group's third such trip to the museum, was co-sponsored by  Kingsport Parks and Recreation, Community Services Division.
Posted by douglassriverview at 8:11 PM

Reunion News under the Reunion Link

Just a reminder.. since most of the news coming from the Douglass Alumni Working-Executive Board meetings pertains to the upcoming 2011 Reunion, board minutes are posted under the "School Reunion News" link on the main page of the Douglass website, on the right-hand side.
Posted by douglassriverview at 6:42 PM 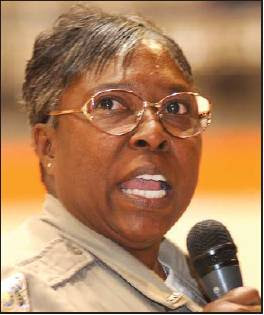 BLOUNTVILLE — A Sullivan County school resource officer who faced a man pointing a gun at her, a principal and two other officers is in the running for an award from “America’s Most Wanted.”

The online voting began on Wednesday and ends April 10.

“We are encouraging everyone to vote once a day, every day for Officer Gudger, as she is most deserving of this honor,” Elton said Thursday.

The hour-long standoff at Sullivan Central on Aug. 30, 2010, resulted in the death of 62-year-old gunman Thomas Richard Cowan, a Kingsport resident who entered the school building that morning and refused to put down a loaded pistol he pointed at Gudger, Principal Melanie Riden and two other police officers.

On the morning of the shooting, Cowan was coaxed down a hall by Gudger and then shot by Gudger, Lt. Steve Williams and Officer Sam Matney, who has since become a detective.

“A lot of people have just focused on me. There were two other officers who came in. ... They both deserve recognition,” Gudger said Thursday afternoon, noting that additional officers responded to the building.

Gudger, a 15-year veteran of the SCSO who has been a school resource officer for nine years, said she was unaware of her nomination by a parent until an official with the television show contacted the sheriff’s office.

Shortly after the shooting, students began wearing “The Gudge” T-shirts, designed by a graphic arts class at Central and sold to raise money for a graphic arts club. The back of the shirts reads, “She’s got our back.” Gudger said students still wear the T-shirts on occasion.

“We all know our real hero, our God,” Gudger said Sept. 10, 2010, at a “thanksgiving” event held at Northeast State Community College. “He got us to it. He took us through it.”

On the day of the standoff, the gunman pointed his pistol at Riden before Gudger came between the two, and he also pointed the weapon at Gudger and the other two officers before they shot him.

Director of Schools Jubal Yennie has lauded Riden and her staff for getting the school in lockdown quickly, as well as the work of law enforcement. SROs are in all four county high schools, but Yennie and Sheriff Wayne Anderson said they are working to get SROs in the county middle schools as well. Gudger was returning from a middle school when she encountered Cowan.

Riden said sheriff’s office personnel are always welcome at Central for drills, and Anderson said his department will use the Central response as a model and for training at other schools.

Savannah Benton, a 16-year old junior, at the Sept. 10 event read an essay about a hero being someone who is courageous, takes responsibility for his or her actions, is selfless and leads.

“When you look at her (Gudger), you see a hero,” Benton said.

To vote, go to the Web site www.amw.com/allstar/2011, locate and click on Gudger’s photo or link, and click on the vote box.

Click here to read Carolyn Gudger's story on the America's Most Wanted website. When you get there, vote for Carolyn by hitting the VOTE button underneath her picture, and when the next page pops up, type in the verification letters on the screen and enter your valid email address. Your vote for Carolyn will be counted then. Be sure and vote again as much as you can until the April 10th deadline.

Carolyn is a true hero and she's hometown. Let's help her win this!
Posted by douglassriverview at 11:20 AM

CLICK ON THE FLYER TO ENLARGE AND PRINT IT 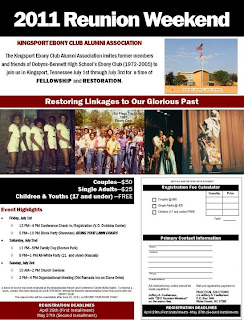 Please print the document above, provide your primary contact information, and then mail it with your payment.

Mrs. Mamie Gillenwater ("Miss Tootsie") sang to us recently, and she wanted to send this song to her family, friends and extended family in Kingsport.  She asked for prayers for a speedy recovery because she wants to come home to Riverview.
Posted by douglassriverview at 11:42 AM

Please click on the posters to make them bigger 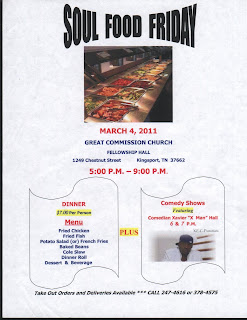 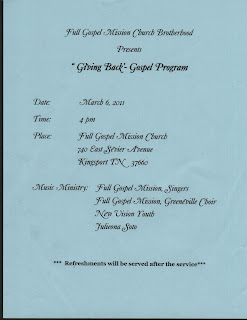 Posted by douglassriverview at 2:48 AM 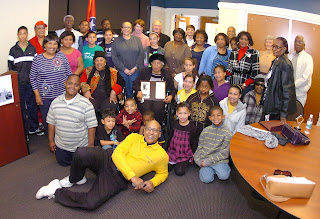 Click on the picture at the right to make it bigger
Click here to see pictures courtesy of Ned Jilton II, photographer for the Kingsport Times-News, of the "First Foot Long Hot Dog in Kingsport" Celebration on Saturday, February 26, 2011.


In the video below, the New Vision Youth serenades Mrs. Nora Mae Taylor, celebrating the first foot long hot dog to be served in Kingsport, at the Dairy Mart, Lincoln Street in Riverview back in the 1950's.  Click the "play" button to see the video:

In the video below, see the Trophy Presentation and "thank you" from Mrs. Nora Mae Taylor for her honor, and tribute from former Dairy Mart customer Lonnie Cox.  Click the "play" button to see the video:

Posted by douglassriverview at 2:02 AM