THIS STORY FROM THE KINGSPORT TIMES-NEWS 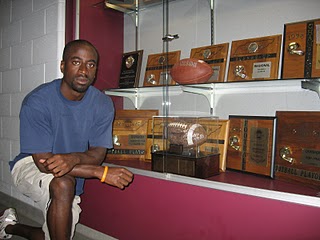 JOHNSON CITY — Teddy Gaines will join the new football staff at East Tennessee State after a brief stint at Tusculum College, where he never coached a game.

Gaines, a former star defensive back at Dobyns-Bennett High School and Tennessee, will be one of the first two assistants hired by new ETSU head coach Carl Torbush, who has been brought in to resurrect a program that had been eliminated by the school after the 2003 season.

Gaines, who has also coached at Maryville College, Brevard College and UT-Chattanooga, was hired at Tusculum in January to serve as defensive backs coach and defensive passing game coordinator. He worked through offseason drills and spring practice.

Tusculum head coach Frankie DeBusk received a call on Friday from Torbush telling him of ETSU’s interest in Gaines.

“The timing is horrible, but that’s also our profession,” De-Busk said Tuesday. “Nothing personal to Teddy or Carl or ETSU. It’s just the nature of the business. I’m in the process of hiring his replacement. I think I’ve already got somebody in place.”

Torbush reportedly recruited Gaines out of D-B while he was at North Carolina. Instead, the speedster went to Tennessee and played on the 1998 national championship team.
“They’ve known each other a while,” said DeBusk, who quarterbacked Furman to the NCAA Division I-AA national championship in 1988. “That’s the way this crazy profession works.”
Gaines’ former coach at Tennessee, Phillip Fulmer, is a special assistant to ETSU Athletic Director Richard Sander and was instrumental in hiring Torbush.

Gaines, who also ran sprints for the Tennessee track team, wound up being a key member of the Vols’ secondary during his last three seasons in Knoxville.
The San Francisco 49ers selected Gaines in the seventh round of the 2002 draft. He also played for the Chicago Bears and spent time in NFL Europe and the Canadian Football League.
“I’m happy for Teddy,” DeBusk said. “He’ll do a great job at ETSU. He’s a great person. We’re gonna miss him here.”

Posted by douglassriverview at 2:23 PM

Are You Trayvon Martin? 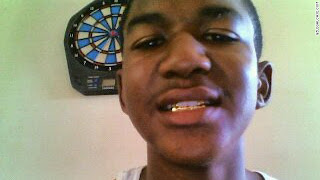 Trayvon Martin was racially profiled.  George Zimmerman made statements before the confrontation that show he was following Trayvon for no other reason other than he was black. No doubt about it.

The situation is creating a firestorm of controversy and is invoking personal memories among our people.
Have you ever been racially profiled? Are you Trayvon Martin?

"I am Trayvon Martin"

I’m not surprised by the verdict regarding George Zimmerman’s murder of Trayvon Martin. I wasn’t surprised because in my lifetime, I’ve only remember one case that a White person got off by unjustly killing a Black person. Unfortunately, I saw Trayvon’s body, but what I saw was a kid with skinny jeans and a hoodie that looked more hipster than thug. When I was in high school, I looked more menacing if you went by appearance alone.

I was Trayvon Martin in 2002. At 17 years old in Knoxville, TN, I had baggy clothes, cornrowed braids, often seen with no shirt at sport practices, and rarely smiled standing at 6’1 and 170lbs. I rarely even talked to anyone outside my friends, which may have been cause for suspicion as society view introversion as something wrong. I ran track, but also played football, where I can be violent legally. I was also an honor roll student, painfully shy, never suspended from school, never took drugs or alcohol, attended school almost all the time, and helped my grandfather in the yard every weekend. With all of that said, I’m convinced that I too would’ve been shot dead in Sanford, FL by a self-proclaimed neighborhood watchman as Trayvon for looking worse than him, despite of my clean record and grades. I’m convinced that my killer would’ve been found not-guilty because from my skin and my age because I embodied what they fear the most. By appearance, I was a thug and up to no good. In reality, I wore those clothes because rappers wore them. I wore cornrowed braids because Allen Iverson and the group Outkast had them. What I wore was not evident that I was a thug; it was evident that I followed popular culture. Though I lived the All-American life, I didn’t have the All-American image.

The murder and the verdict proved that Black males were born suspicious. Black masculinity is what some fear the most. Fear is why we have to go way out our way to be as approachable and as safe as possible. A flawed society and system are reasons why I have to appear safe. Black masculinity is why there are systems in place to bring us down, which is why Trayvon was doomed before he was born.

There always has to be some reason why a Black male dies at a young age. If a Black male dies, you often see gangs or drugs as the main factors to their demise as if he provoked his own death. The same has been said against Trayvon. By his appearance alone, he was destined to die? He only defended himself against a man stalking him, but since Trayvon chose to fight, he somehow chose his fate.

If you take a look at his supposed drug use, remember that the last three of our U.S. Presidents smoked weed AND cocaine. President George W. Bush was arrested for a DUI. Former California Gov. Arnold Schwarzenegger smoked weed. Using drugs is not a factor; it’s a Black male using drugs that’s the problem. Even with Trayvon’s not so squeaky clean record in school, it was impossible for Zimmerman to be aware of that on that day. What Zimmerman perceived is what many perceived: a walking monster.

The fact is that teenagers often do dumb things. We’ve all done it; however, those dumb things should not be cause for murder. Teenagers do dumb things, and then they grow up, and start to do less dumb things.

Trayvon did what you’re taught to do and that was self-defense. The case also proves that Black males cannot engage in self-defense because it will always be their fault.

A Black death is always arguable. Thus is why there are so many reasons as to why he and many like him should’ve died. It is why I know that if I were killed in the same manner some would believe that it was my destiny because of the body I’m in and where I come from. When Emmitt Till’s killers were acquitted, one of the jurors said “If we hadn't stopped to drink pop, it wouldn't have taken that long.” There isn’t much difference with Emmitt and Trayvon. No matter how Black males strive to be a productive member in society, that same society will strive to condemn you, so what can we possibly do to not seem like a threat?

Most importantly, the law that made this case crazy in the first place is right here in our backyard. The ‘Stand Your Ground’ exists in Tennessee and was lobbied by the National Rifle Association. If anything is to be done, it is to strive to have that law taken away. That law and the verdict just gave some open season to shoot anyone for any perceived threat. I for one will not stand for it because there will be more Zimmermans birthed and more Trayvons killed.

Posted by douglassriverview at 9:13 PM

Riverview has lost two more of its residents:


Please watch for the homegoing notices in PASSINGS AND OBITUARIES.


-Editor
Posted by douglassriverview at 11:30 PM

MEMPHIS, Tenn. (July 17, 2013) – The Tennessee Black Caucus released the following statement in response to the not guilty verdict for George Zimmerman in the shooting death of unarmed teenager Trayvon Martin in Sanford, Florida:

“This was a disappointing verdict that just goes to show we have a long way to go until all Americans enjoy true equal protection under the law,” said Rep. Larry Miller, Chairman of the Tennessee Black Caucus. “While we mourn and pray with the Martin family, we must also work hard to stop this from happening to innocent children here in Tennessee.”

On Sunday July 14, the National Black Caucus of State Legislators released a statement of support for the Martin family and reiterated the NBCSL opposition to so-called “stand your ground” laws across the country. In December of 2012, NBCSL ratified resolution LJE-13-06 “urging state legislatures that have adopted ‘Stand Your Ground’ or ‘Shoot First’ laws to reform or repeal them and we also support the review and investigation by the United States Department of Justice referencing the Zimmerman case.”

“Over the next few months, we will work with our fellow Representatives to review Tennessee’s ‘Stand Your Ground’ law to determine whether portions of the law need to be repealed or replaced in order to ensure the safety of all Tennessee residents,” said Rep. Miller. “We should look at laws, rules, regulations concerning neighborhood watch programs within our communities; how those programs are structured and operate for safety of the citizens and the community as a whole. No child should ever have to be afraid to walk peacefully down the sidewalk without being attacked because of the way they dress or the color of their skin. The unfortunate death of Trayvon Martin will not go in vain; we must turn a wrong into a right.

The Black Caucus will review Tennessee’s law to ensure the following rights are preserved:

Posted by douglassriverview at 7:48 PM

Rhythm in Riverview next week

There will be inflatables, train rides, food vendors and more.

There will be dance performances by New Vision Dance Team and Energizer, and everyone is invited to participate in the Harlem Shake at 6:30 p.m.

Top Paralympian sprinter Blake Leeper on overcoming his challenges and his road to the 2016 Olympics in Rio de Janeiro!

Posted by douglassriverview at 8:25 PM 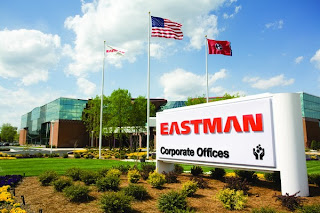 An article about Riverview's corporate neighbor that you might find interesting.

As you know, the Eastman Chemical Company's corporate headquarters is within the boundaries of the Riverview neighborhood.  To say that Eastman is our next-door neighbor, is an understatement.
Posted by douglassriverview at 12:03 PM