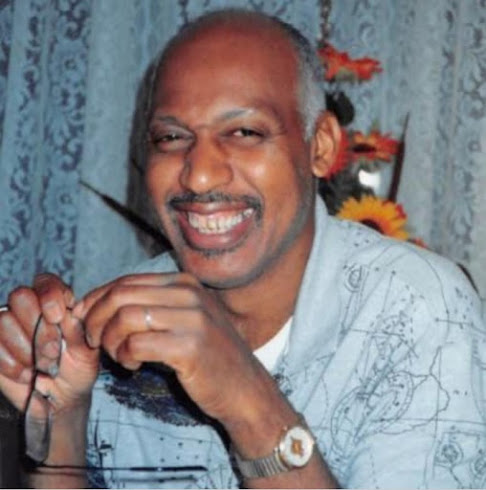 Gilbert Mack Pride entered this world on October 26, 1942 in Stonega, Virginia. On May 20, 2021 Gilbert fell asleep at the age of 78, with Mary Cathy by his side who is awaiting the return of Jesus Christ. I Thessalonians 4:13-18

Predecessors in death include his father, Coffee Pride; mother, Damaruis Paraseta Walker, and siblings; Benjamin Hardin, Nannie Clark, Bathis Billingsley, Wilhelmina Jackson Saffell, and Paul Walker.
He is survived by his wife, Mary Cathy; sister, Wanda Lynn Jackson, and niece; Marissa(Stephen).
He lives through his bloodline: Son, Matthew Paul Pride and stepdaughter, Toya La’Tece Ruffin. And his Grandchildren: Malachi, Zachariah, Milton Cloud, Kasia Kai, Idriis Osaze Muata,and Gabrielle Michaela.
A man after God’s own heart and a steadfast devotion to faith and family, he was blessed with a smile and laugh so infectious and genuine that those around would be touched by the joy of his soul. Gilbert was kind and calm. He walked, loved, and acted in the likeness of Jesus Christ. He literally shook with the power of the Lord.
In and through, he was an advocate, warrior, and provider. One whose door was always open, and whose hospitality, humility, and compassion was reflected through his culinary hobby of making cakes. A healer that provided love and household support to a multitude of people and families around the world.
Gilbert was a man of consistency and faith with the ethos, ethics, and morals that compelled him to share his faith across the world through many mission trips from India to Africa. His faith journey was shared through his routine of beginning each and every day with prayer and journaling. The family still has and will cherish his collection of daily writings and poems. Every evening, Gilbert blew his shofar as a token of love and protection.He graduated in 1964 from Xavier University in Louisiana, served in the US army as a medic, and ended his journey serving as the person who brought all of us here together today.
Mary Cathy’s buddy, Daddy to his son, Grandaddy Gilbert- we’re so happy and grateful for you bringing us all closer together. To celebrate your love and life.1 Corinthians 15:50-55.The family will receive friends on Monday, May 31, from 1:00 until 1:50 pm at Morris Funeral Home, 304 Merrimon Avenue, Asheville, NC 28801. Mr. Pride’s Celebration of Life Service will follow at 2:00 pm in the Chapel. Burial will be private family only at a later date.Morris Funeral and Cremation Care of Asheville, North Carolina, is serving the family.
Posted by douglassriverview at 10:25 AM

Mr. Gilbert Mack Pride, age 78, beloved husband, father, grandfather, brother and friend to many, went home peacefully Thursday morning, May 20, 2021 to be with his Lord.

Gilbert was the son of the late John Coffeey Pride and Demariarus Walker Pride. He was married to Mary Cathy Pride, of the home for more than 39 years.

The Celebration of Life for Gilbert Pride will be held on the same day, May 31, 2021 from 2 PM to 3 PM in the funeral home chapel.

Posted by douglassriverview at 10:30 PM 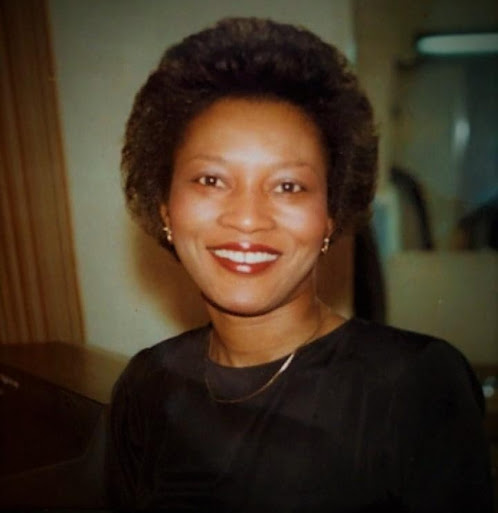 The family is currently planning a memorial service for Page LeJean Morrison Lyon.
Page LeJean Morrison Lyon passed away unexpectedly on April 28, 2021 at her home in St. Croix, U.S. Virgin Islands, at the age of 65.
Page was born on March 28, 1956 in Kingsport, Tennessee to Betty Louise Smith Morrison and Arthur Freeman Morrison, Sr.
Page was a graduate of Dobyns-Bennett High School in 1974.  She moved to Alaska, where she worked in Administration and then moved to St. Croix in the U.S. Virgin Islands to open a dive shop with her then-husband Jonathan.  Page was currently working as a caretaker for the elderly in St. Croix.
She is survived by her daughter Amanda Lyon (Matthew Montcalm) and granddaughter Matilda Montcalm of Lancaster, Pennsylvania;  second husband Jonathan Lyon of Wasilla, Alaska;  and brother Arthur Freeman Morrison, Jr. (Margaret).
Details of the memorial service will be posted as soon as arrangements are made.
Posted by douglassriverview at 9:50 PM 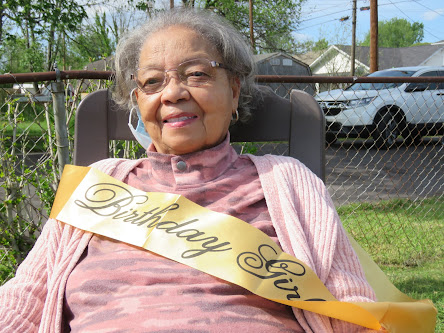 The family threw a big party for her and a good time was had by all.  (click on the pictures to make them bigger) 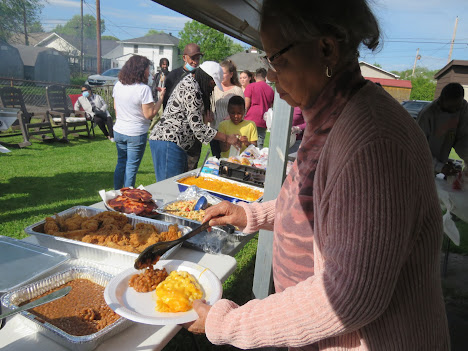 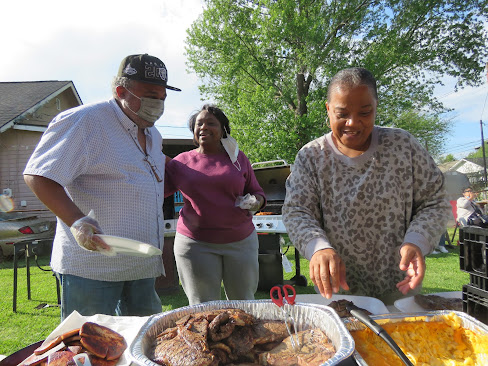 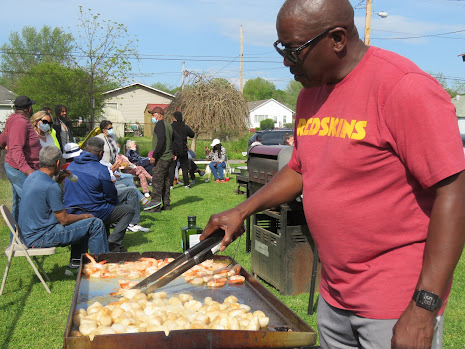 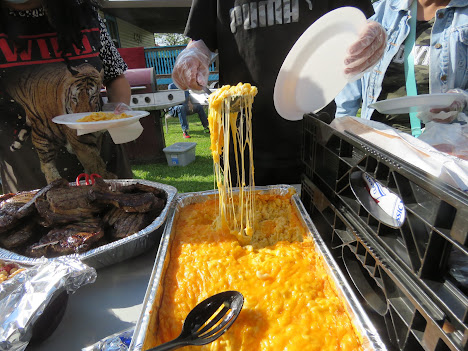 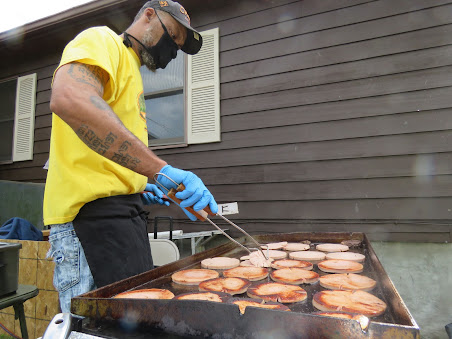 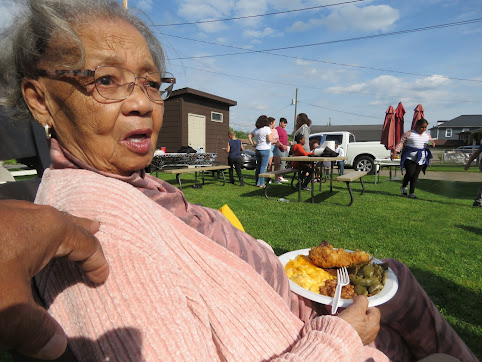 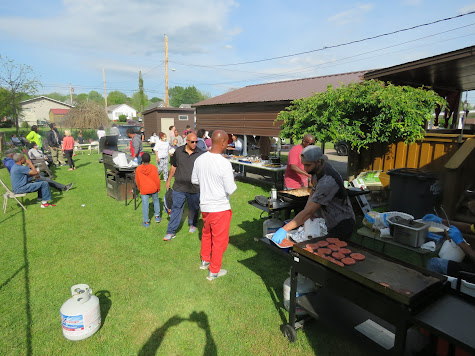 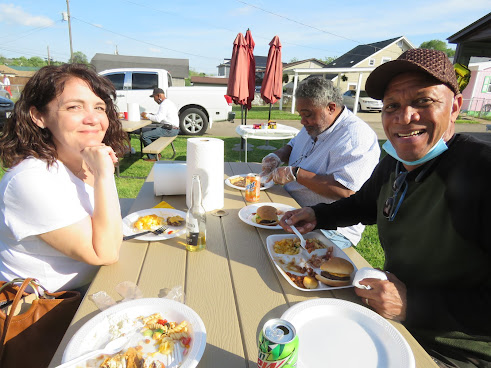 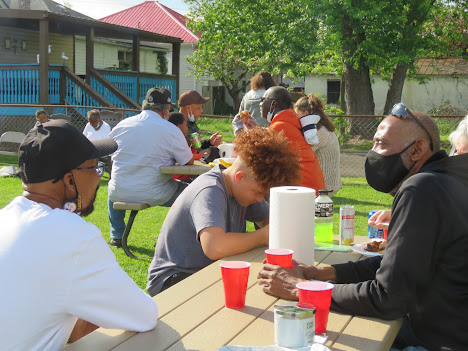 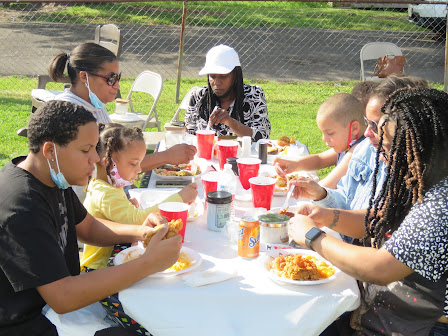 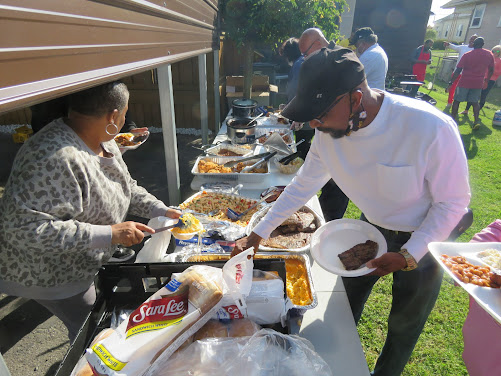 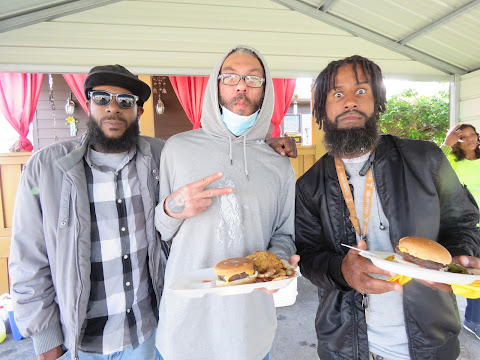 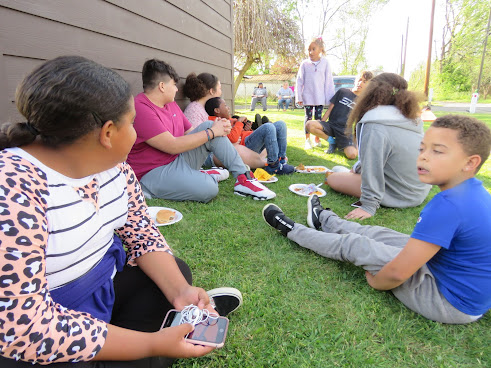 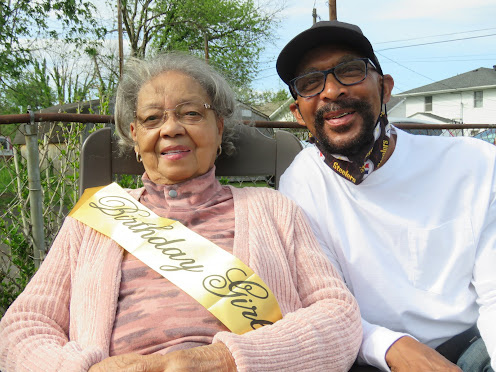 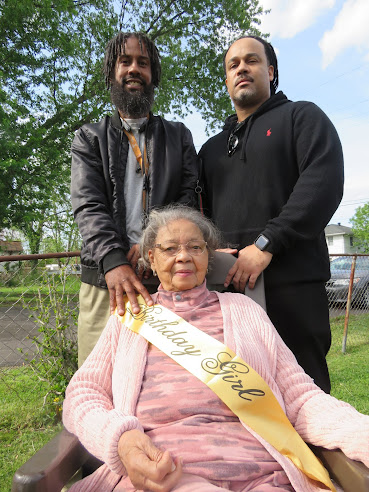 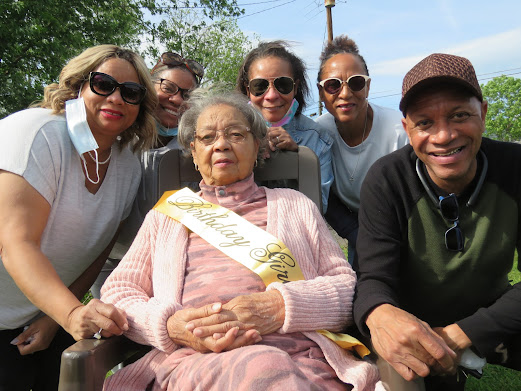 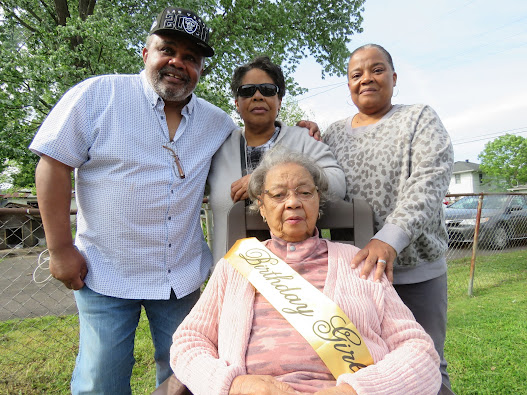 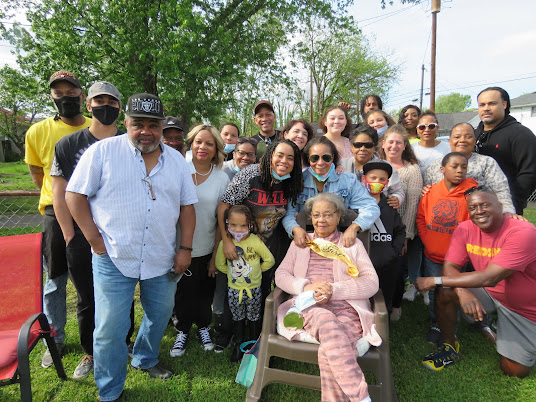 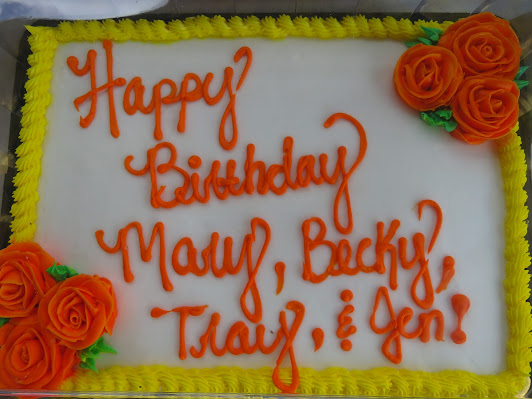 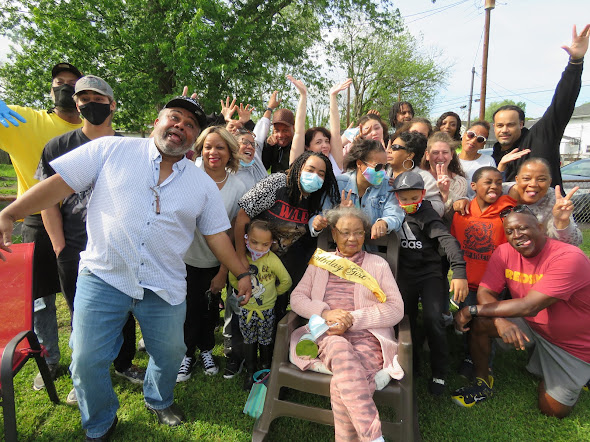 Posted by douglassriverview at 12:05 AM 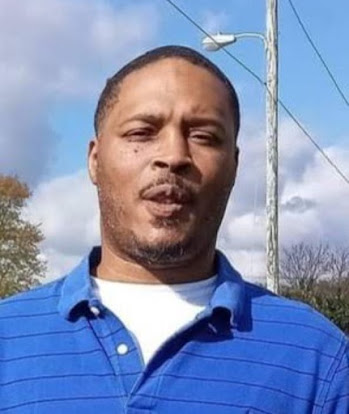 Before his passing, Michael worked at Hutchinson Sealing in Hawkins County.

Services for Mr. Michael Williams will be conducted on Saturday, May 22, 2021 at 1 PM at the Powerful New Life Church of God in Christ, 1300 Riverside Avenue in Kingsport.

The family will receive friends from 12 PM until the hour of service.

Clark Funeral Chapel and Cremation Service, Kingsport is in charge of arrangements and care of Mr. Michael Williams.

Posted by douglassriverview at 3:27 PM 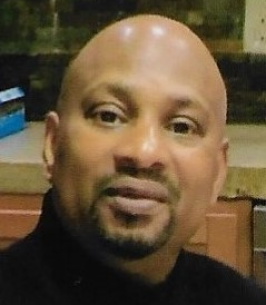 James Leland Williamson, 58, Gate City, VA passed away, Saturday, May 15, 2021 at his residence after a courageous battle with cancer.

James was born in Kingsport, TN on February 10, 1963, and was the son of Mable Ruth Williamson and the late Jay Releford.

He was employed as a chemical operator with Eastman.

There will a “drop-in” visitation from 10:00 a.m. – 12:00 p.m., Wednesday, May 19, 2021 at the Gate City Funeral Home. Funeral services will be conducted at 12:00 p.m. in the Gene Falin Memorial Chapel of the funeral home with Brother Mark Harbison officiating. Music will be provided by Bonita Williamson.

Those attending are respectively asked to wear a face covering and practice the social distancing protocol.

The family would like to send a special thank you to Elite Hospice for their love and care.

An online guest register is available for the Williamson family at www.gatecityfunerals.com.

Gate City Funeral Home is honored to be serving the family of James Leland Williamson.

Posted by douglassriverview at 12:49 PM 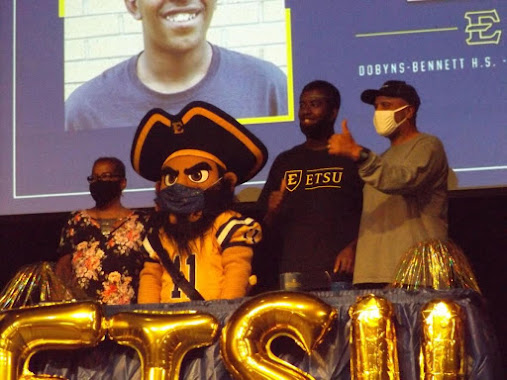 KINGSPORT — Terrell Leeper will forever be a Dobyns-Bennett Indian, a faithful football fan of his alma mater, but he’s about to become an East Tennessee State University Buccaneer, too.

Leeper, who will turn 22 on July 29, this fall will be the first D-B student to become part of the Access ETSU program, which will in a way be a continuation of his time in a transition from a school-to-work program at D-B.

He’s a special education student who dreams of becoming a security guard or working in health care. 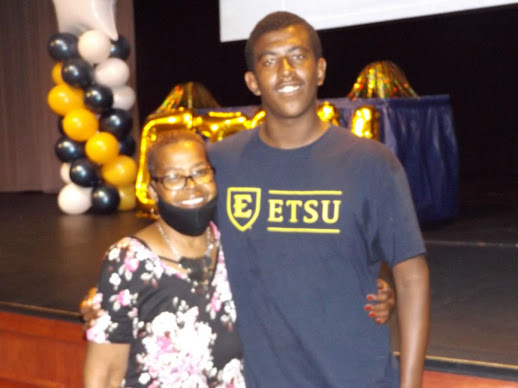 The ETSU program will give Leeper classes and experience in his chosen areas of study. He signed to attend ETSU during a ceremony Tuesday morning in the Nancy Pridemore Theatre with faculty, staff, former classmates, and current students. ETSU mascot Bucky; Leeper’s grandmother, Sheila Leeper; and father, Terry Davis, also attended.

“It feels good Dobyns-Bennett supports me,” Leeper said after the event.

“I’m very proud. I’m trying to accomplish my goal of going to college and getting one of my dream jobs,” Leeper said, adding that he would like to be a security guard or possibly a paramedic.

“When he graduated, they didn’t have this program,” Ben Robertson, head of the Transition School to Work Program at D-B, explained before the event got underway.

Dr. Dawn Rowe and Daniel Scherer-Edmunds of Access ETSU said the two-year program provides young adults with intellectual disabilities a college experience similar to their peers. Rowe, director of the program, said Leeper will have a combination of courses and internships at ETSU.

Access ETSU students participate in all typical campus academic and student life activities. They also engage in high quality and fully inclusive work-based learning experiences aligned with their career interests, strengths and needs. Rowe said the program has two students now but by the fall is to have 14, including two Volunteer High School students. 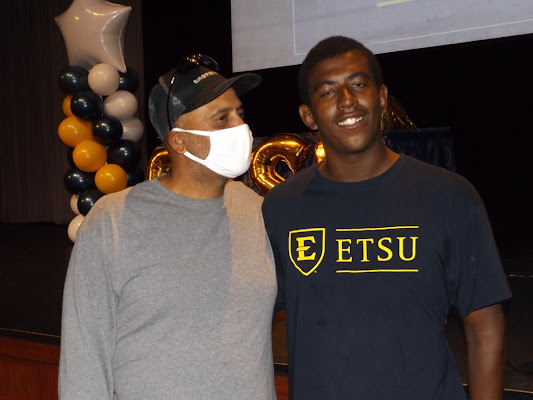 “I think he is excited,” Davis said of his son, who took a campus tour about two weeks ago. “He seemed to love it.”

Davis said he’ll drive his son to campus from their home until Leeper is comfortable enough to bicycle there. Leeper said he also might ride a bus sometimes.

“Everyone knows Terrell,” said Jimmy Burleson, a special education teacher who taught him at D-B.

“My hope is Terrell is the first of many D-B students who get to attend ETSU,” Burleson said, adding that Leeper has more friends than anybody else he knows.

Sonja Bennett is one of those friends. She, her husband, and family take Terrell to D-B games and other trips from time to time.

“I love him so I’m very emotional,” she said during the ceremony. “I think that God kind of knew I needed him in my life.”

Assistant D-B Principal Richard Brown, who oversees special education, said the transition to work program grew from students going to a couple of businesses to a program with two teachers, five job coaches and more than 10 participating businesses.

“His dad said earlier he’s a handful of joy,” Barrett said at the ceremony. “ETSU is never going to be the same.”

Posted by douglassriverview at 9:39 PM 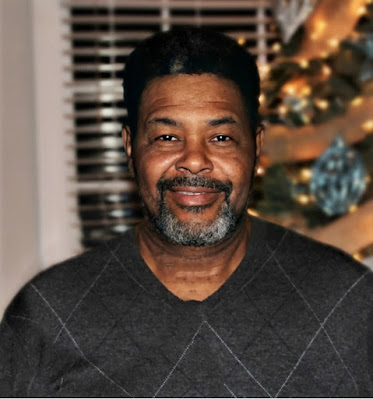 His life was full of excitement, laughter, and craftsmanship. He loved to spend time traveling, working, and sharing his gifts and talents with anyone he encountered. He was musically inclined (self-taught), learning to play the bass guitar, drums, piano, and other instruments he could get his hands on. He was also skilled with woodwork, but his life’s work as a Steamfitter helped fulfill his occupational goals as part of the Steam-Fitting Union.

Memorial services will be conducted Saturday, May 1st, 2021 at 1 PM at the Mt. Zion Church, 386 Dunbar Street, Kingsport, TN. The family will receive friends from 12:30 PM until the hour of service.

Posted by douglassriverview at 10:13 AM