Meeting Minutes: Sons and Daughters of Douglass Board of Directors 4/27/13 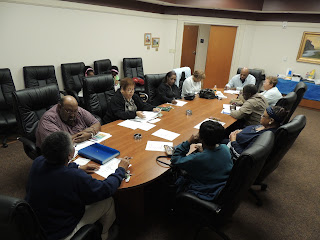 Meeting was called to order by President Andra Watterson 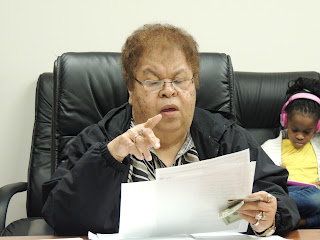 Motion to accept the financial report was made by Calvin Sneed, second by Linda Bly. Motion carried.

Bills to be paid:

Calvin presented due bills and also signed the alumni up for auto-billing with Charter Communications.

Minutes of the previous meeting were read individually, Calvin made a motion to accept the minutes; the minutes were second by Linda with the corrections made to the financial report.

The alumni association received a thank you card from the Cox/Butts family.
There were discussions about who should get flowers/cards but that discussion was tabled until the Correspondence Secretary is contacted.

Calvin had cards printed to give to members when they pay their dues. Motion was made to use the new cards. Motion carried.

Doug handed out forms for Field-Day registrants to occupy space during our field-day activities. Linda suggested the following additions. Checks should be made out to Sons and Daughters of Douglass and each registrant is responsible for clean-up of their space. The association added that the fee should be $25/day or $40 for two days and the hours are from “dawn to dusk.”

Discussion about the scholarship forms and who should be considered for a scholarship.

The scholarship forms are being changed to reflect the amended by-law.

Linda made a suggestion that dues of all alumni be up to date before their children would be eligible to receive a scholarship. The by-laws would have to be amended, motion to amend the by-law of Article 7, Section 4, and Page 6. Motion carried.

Sandra asked if there was any news concerning the dish cloths there was no information available.

Ozine wanted to know if Andra needed to be added to the checking account, it was decided that as president her name should be added ASAP.

Adjournment was made by Linda second by Doug. Meeting adjourned


Minutes recorded as Thelma Watterson heard them.
Posted by douglassriverview at 1:32 PM 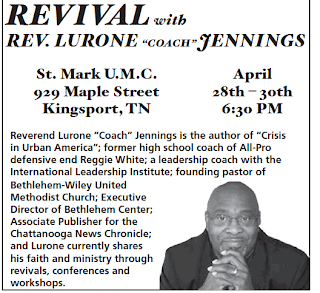 Posted by douglassriverview at 8:59 PM

Clean Up Riverview: Taking Pride in the Community 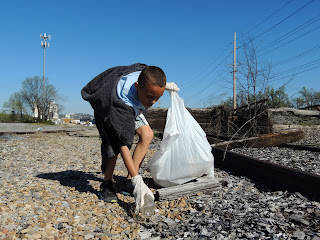 It's almost impossible to get a little boy to keep his room clean.

But when it comes to cleaning up a NEIGHBORHOOD, we found one 9 year old, eager to pick up after his COMMUNITY.


And just like cleaning his room.... he's a little miffed about having to do it. 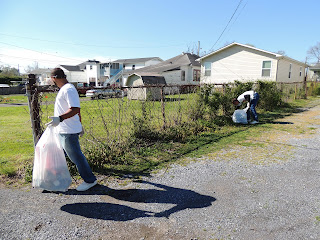 The kids joined residents of Riverview and participants in the area Community Services Division in picking up trash in the neighborhood.  The event started out at the Douglass Ballfield, and trash collectors fanned out through the streets and alleys of Riverview and 'cross town to Sullivan, Dale, Oak, Maple, Sevier and East Center Streets.

"Several years ago, clean-ups were necessary because the streets and alleys were not very well kept," says Jeannie Hodges of South Central Kingsport Community Development, one of the organizations sponsoring the event.  "Over the years, residents have been proud to see the progress that's been made.  Now, we have fall and spring clean-ups.  It's no where as much litter as there used to be." 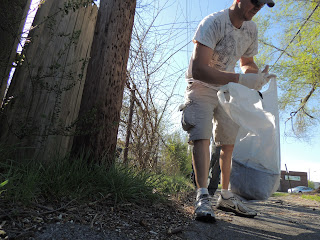 On the other side of East Sevier, Rick Watson is working with a group cleaning up trash and debris in the alley between Sevier and Myrtle Streets.  Watson is working off some community service responsibilities, but says, he probably would have come out to help keep one of Kingsport's oldest neighborhoods clean anyway.

"Well actually, I enjoy helping clean up the community," he says.  "When I drive around town, I don't have to look at the nasty mess.  It's a service for folks who can't get out here and clean it up.  It helps people who don't have a choice whether they can come out and clean up the trash." 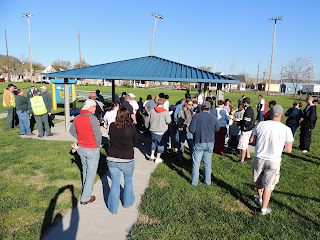 Along with South Central Kingsport, the twice-a-year clean-up is sponsored by New Vision Kinds, Kingsport Parks and Recreation and Kingsport Public Works, with assistance from the Community Services Division..  This spring, more than 80 people took part in making the Riverview neighborhood litter-free, making it one of the most well-attended clean-ups ever. 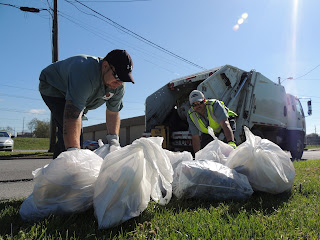 "Everybody walked long distances picking up trash," Hodges says, "but the South Central Kingsport community is the benefactor.  "This year, folks could sit out trash that's been building up around the house for months, and Public Works trucks picked it all up, in addition to the bags of litter collected."

"It's become a great tradition."


Meanwhile, just like Jalyn, Watson has a message for people who would throw down trash and just walk away.

"I'd tell 'em they should come out here and see what it does to the community," he says.  "Look around,  there's trash cans everywhere and people just want to toss it on the ground.. it doesn't make sense.  There's a dumptster right there, a garbage can over here, waste cans at every corner."

A SLIDESHOW OF THE CLEAN UP OF RIVERVIEW, SPRING 2013

"Mothers of the Riverview Neighborhood"

On Sunday, May 12th, we will pause to remember our Mothers as we celebrate and commemorate "Mothers Day." 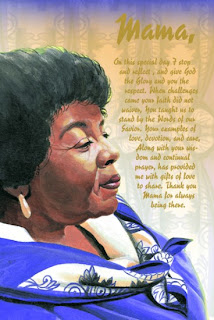 We talk all the time about the women of Riverview, who continued as they were raising their own children, helped raise the other children of the community.   No matter where you went in the community, you were always under the watchful eye of a Mom in the neighborhood, whose spirit of motherhood still floats over the neighborhood as a beacon of shining light.  It shaped us alll at some point.

Whether it was giving us cookies or food as we played outside, offered encouragement at church and school events, or even yelled at us or spanked us when they saw us doing something wrong, these "Mothers of Riverview" gave us the discipline we needed, right there when we needed it... didn't matter if we were their child or not.    It was always said, "if you got caught doing something bad in Riverview, you'd get a whipping from whoever caught you, then you'd get another one when you got home."

It's past time we honor these "Mothers of Riverview." 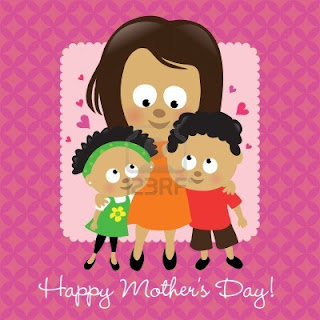 As a result, please send us a picture of your mother, whether she is still with us, or long gone, along with a caption of how she influenced your life, but MORE IMPORTANTLY....  If you know of someone else's Mom in the neighborhood who influenced you with either advice or a good whupping, please send us their picture, too, along with a caption of who she is, and how she helped you in the growing-up process.  You might even mention one of those events that sticks out in your mind where her influence was strong.

Please send your pictures and captions to:  douglassriverview@gmail.com

We will gather those pictures in a special album, to remember "The Mothers of Riverview Who Helped Raise All of Us."  We're planning to publish it Mother's Day weekend this year.

They were the "Mothers of Riverview."  In their small way, they shaped us all, and we hold them forever in our hearts.

Their wide-reaching influence, is what continues to make our neighborhood special.
Posted by douglassriverview at 11:30 AM

Sons and Daughters of Douglass Board Meeting POSTPONED

Due to the funeral of our beloved Mrs. Mildred Hardy this coming Saturday, the scheduled meeting of the Sons and Daughters of Douglass Board of Directors is postponed to Saturday, April 27th, at 1 PM.

The meeting will be held in the Eastman Room of the V.O. Dobbins Sr. Complex office tower on Louis Street, and it will be a covered dish lunch.

Everyone is encouraged to bring a fellow Douglass alumni with them to the meeting, where we'll discuss the upcoming Reunion activities, among other things.

Please mark your calendars for this important rescheduled meeting.
Posted by douglassriverview at 9:58 PM

We are saddened to report two passings in the Riverview Community..

Mrs. Mildred Hardie has passed away.
Our thoughts and prayers are with their loved ones at this difficult time.

Originally, we had reported that Mrs. Virginia Ford of Riverview had passed, but we've been told that it was another Virginia Ford with the same name as our beloved.
Posted by douglassriverview at 3:44 PM 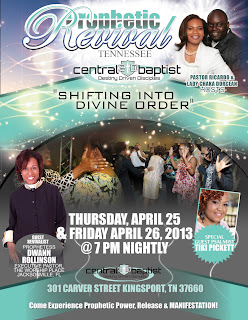 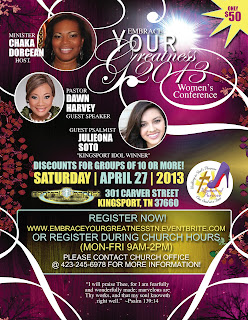 CLICK ON THE
POSTERS TO
MAKE THEM
LARGER
Posted by douglassriverview at 9:21 AM

• KINGSPORT — A yard sale and fish fry will be held Friday and Saturday beginning at 9 a.m. at 950 Dale St. in Kingsport to help raise money for New Vision Youth’s summer trip to Disney World.

The yard sale will include such items as a dining room set, swivel television stand, clothes, dishes and odds and ends.

The fish fry will feature fish sandwiches for $3.

Additionally, a pancake breakfast fundraiser for New Vision Youth will be held Saturday at Applebee’s restaurant in Kingsport from 8 a.m. to 10 a.m.

Tickets are available at the door for $5.

There will be door prizes and entertainment provided by New Beginnings Fellowship Youth Choir and gospel singing by 4-year-old Makayia Blye.

One of our Douglass alumni pointed out a problem with viewing pictures from past stories on the website.

When you click on the link to see photo albums and slideshows from stories prior to January 1st, the Webshots page for SMILE tells you that the pictures you're trying to see, are no longer available.

From day one, Webshots has been the primary photo server for the Douglass website.  I chose Webshots because I could download hundreds of photos at one time into individual albums, and then provide links to the albums.  This was an extremely popular link because we love pictures in the Riverview community and the alumni association.. in fact, so popular that I became a premium member of Webshots so that I could upload thousands of Douglass-Riverview pictures that I have taken since the website began.  At one point, we had over THREE MILLION views to all of our pictures.

To make a long story short.... Webshots was sold last year and everybody who paid to have a premium account, had all of their pictures transferred over to the new company, SMILE.  For some reason, our account was not transferred over on January.  I am now in contact with Webshots to find out where all of our pictures are.

Not to worry.... all the pictures I have taken over the years, are saved in the order of dates taken, in three different places outside of Webshots, so I can always put them back onto the website.  I will always have them.

Once I find out where SMILE has transferred our pictures, I'll let you know when they're back online.  In the meantime, I DO NOT SUGGEST signing up with SMILE just to see our pics, or even clicking on the links to see photos and pictures.
Posted by douglassriverview at 10:05 PM