Cora Cox was inducted into the Kingsport City Schools Teachers' Hall of Fame on Monday.  Her nephew, one of two surviving close relatives, sent a taped message from his home in Rapid City, South Dakota.  Representing Mrs. Cox's family and the Douglass Alumni at the ceremony were Don Hickman, Johnnie Mae Swagerty, Doug Releford and Calvin Sneed (not pictured below is Doug, who was on the second level of the DB Gym). 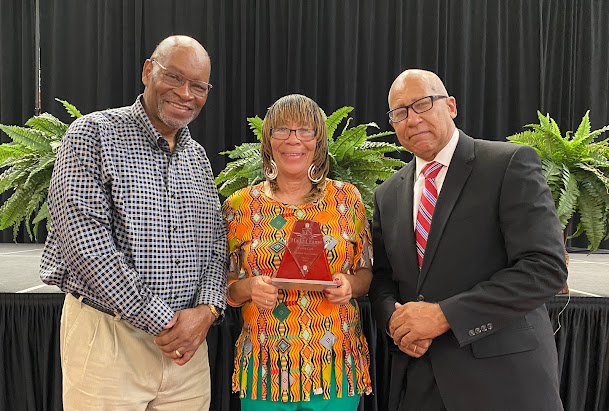 Calvin read a prepared statement of acceptance for Mrs. Cox's induction, written by Doug Releford.  The text of that statement is below. 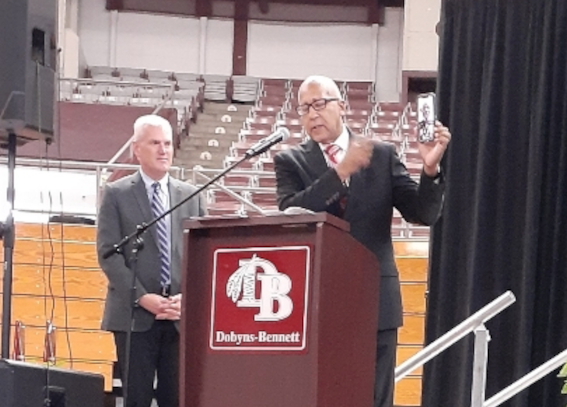 "With me on the phone Face-timing this right now from Rapid City, South Dakota, is the man you just heard from, Francis Rogers, Jr.. one of two surviving nephews of Cora Cox..

This message is from Douglass Releford, president of the Douglass High School alumni, who is with us, but unable to make it up here on stage, so I'm reading the words he's written for you....

On behalf of the Sons and Daughters of Douglass Alumni Association, I would like to say thank you for nominating Mrs. Cora Rogers Cox, to the Kingsport City Schools, Teachers' Hall of Fame.

Mrs. Cox was not just a teacher but a friend to all that knew her.  She was a unique person. She was a developer of social ethics, in stressing the primary and worth of the person, and the need for all ethical principles to be conditioned by the highest conceivable estimate of the value of persons as such.

Mrs. Cora Cox, was a great community leader, who fought against the de-humanization and, de-personalization of all people. She believed in her beloved community of Kingsport, and was always willing to fight against any person or system, which de-personalizes or de-humanizes the human individual, and robs them of their dignity and their self-worth.  This was proven in her taking on the often-difficult task of teaching gifted children.  Cora Cox had a gentle way of breaking down the barriers, stepping into that child's world, becoming one with them, becoming part of them... then stepping out and saying.. "I know, exactly... what... that... child needs."  How in the world she could instinctively know that... nobody knows.

Cora Cox wasn't just a teacher for autistic children... she was a teacher for teachers, too.  We just don't know how lucky we were, to have a Cora Cox in our lives here in Kingsport.  She set, the gold standard.

It's wonderful that everybody knows this about about Cora Cox.   At Douglass elementary-high school... we've known it for years.  And just like everybody and her family, we are proud to see her inducted into the Kingsport City Schools, Teachers, Hall of Fame, thank you.. 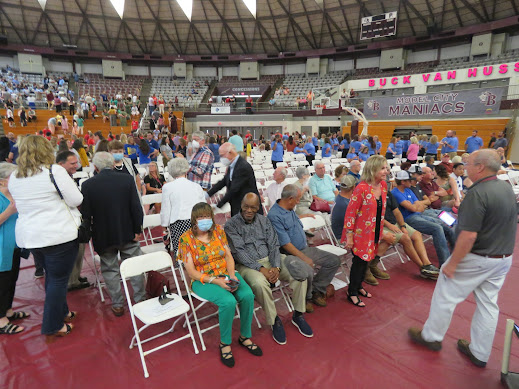 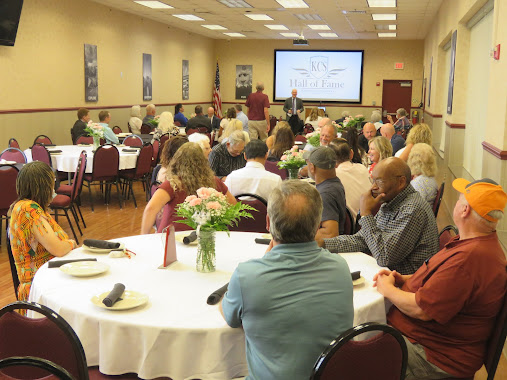 After the ceremony, a beautiful luncheon was provided at the Food City North Eastman Road location.

The free luncheon for everyone included braized chicken strips, marinated beef tips, green beans, mashed potatoes, carrots and delicious apple and cherry pies and cakes.  There was plenty of extra food, that ended up going home with a lot of folks! 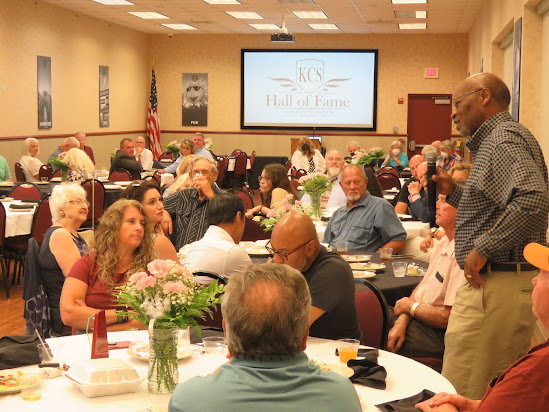 Stories about the inductees were told by the folks who remember them the best, while lunch was enjoyed.

Posted by douglassriverview at 9:58 PM 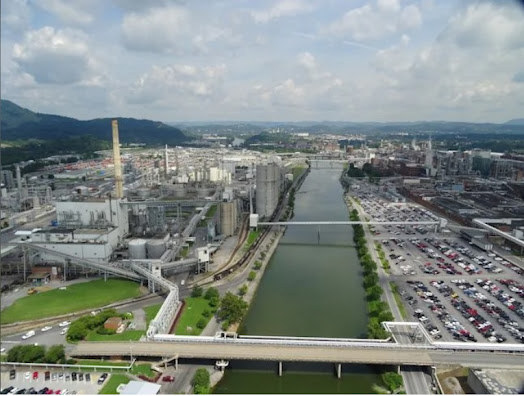 KINGSPORT – Eastman released methyl iodide and iodine into the air and oil into the river on Friday, the chemical company announced in an update.
According to Eastman, the Kingsport plant has been safely shut down after a power outage on Friday morning. Following the shutdown, oil was released into the river. The company also said methyl iodide and iodine, which appeared from the plant as a “purple plume,” was released into the air.
“During this release, our safety systems minimized the impact of the emissions from this event as confirmed by air dispersion modeling,” Eastman’s latest press release update stated. “Air dispersion modeling indicated this event did not pose any risk to human health or the environment outside the plant. All releases were reported to the regulatory agencies as required.”
All releases were reported to its regulatory agencies as required, the company said. The Tennessee Department of Environment and Conservation told the Times News the release into the air is still under investigation.
“TDEC staff have been in communication with Eastman personnel and we are investigating the air release,” said Kim Schofinski, Deputy Communications Director at Tennessee Department of Environment and Conservation, in an email.
“TDEC staff reported to the area today to investigate any potential impacts to the South Fork Holston River from a reported release of an unknown oil substance by the facility. Our staff did not observe any impacts to fish or aquatic life. We will continue to communicate with Eastman personnel about this ongoing situation.”
According to Eastman, there is “no risk to the community as a result of this outage” and no one was injured.
“The most important responsibility we have is the safety of our employees and our community,” said Mark Bogle, Eastman vice president and Tennessee manufacturing site leader, in the release. “There were no injuries as a result of this event and Eastman did not issue any evacuation notices. In an excess of caution, employees located in the south area of the plant were asked to remain indoors and were released after a short time. As soon as we were aware of this incident, we established communication with city officials, and I would like to thank them for their partnership during this incident. I understand that events like today’s power loss can cause concern in our community. We are working to determine the cause and restart the site in the coming days.”
Kingsport Central Dispatch received a call from Eastman at 10:17 a.m. on Friday requesting one Kingsport Fire Department engine respond to the Eastman Fire Department to stand-by in reference to a power outage, the Kingsport Police Department said in a press release.
Officials said at 11:02 a.m., City Manager Chris McCartt activated the Emergency Operations Center at Kingsport Central Dispatch. At 3:31 p.m. the Kingsport Fire Department cleared the scene and at 3:33, the Emergency Operations Center at Kingsport Central Dispatch was deactivated.
“In situations such as this, city officials rely heavily upon subject matter experts at Eastman to provide them with accurate and timely information that can in turn be shared with the public,” the release from the KPD said. “Based upon information city officials have received, Eastman has given no indication of any injuries, a threat onsite or outside of the plant, or a risk to the community as a result of this incident. Moving forward, city officials will maintain active communications with Eastman regarding this event.”
Update as of 12:50 p.m.
Kingsport 911/Sullivan County 911 issued a notification to subscribers Friday around 12:50 p.m. The alert said the city is working with Eastman following the morning's events at the plant. The message reads:
"The City of Kingsport is in communication with Eastman Chemical Company regarding an event earlier today. City officials are currently monitoring the situation in an attempt to gather further information. Eastman officials have advised that they do not have reason to believe that there is a threat onsite or outside of the plant. At this time, until more facts are obtained, citizens are strongly urged to avoid the area ..."
Posted by douglassriverview at 5:13 PM 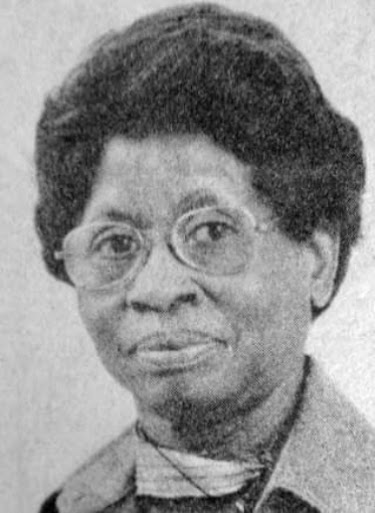 All Douglass Elementary-High School alumni, their descendants, and Riverview friends and neighbors are invited to the induction ceremony for our beloved teacher, mentor and neighbor Cora Cox, into the Kingsport City Schools Teachers' Hall of Fame.
Mrs. Cox taught second grades at Douglass and a couple of third grade classes.  She was the first Douglass High School girls' basketball coach, and later taught the special education classes at Douglass.
When Douglass closed, she moved to other schools in Kingsport, notedly Robinson Jr. High and Johnson Elementary.  It was at Johnson where her talents were recognized as Kingsport's first teacher of autistic children.  That work propelled her into the state and ultimately the national spotlight because just like at Douglass, she had a special gift of reaching out to children and stepping into their world.
Cora Cox was twice named Kingsport Teacher of the Year, and was also selected Tennessee Teacher of the Year in 1976.  In 1977, she was one of four finalists for National Teacher of the Year.
To this day, the Cora Cox Academy is the only school in Kingsport named after a teacher, and not a president, school administrator or mayor.
It is difficult to find anybody among the Douglass alumni, the residents of Riverview, the Kingsport city school system  and the entire city as a whole, that has not been influenced and touched by the work and teachings of Cora Cox.
It's very important that everybody in our community come to the the induction ceremony.
Cora Rogers Cox Induction Ceremony, Kingsport City Schools Teachers' Hall of Fame
Buck Van Huss Dome, Dobyns-Bennett High School, Kingsport, TN
Monday, July 25, 2022
11 AM
Please come and show honor and support for one of our own.
It all started at Douglass.
Posted by douglassriverview at 12:54 PM 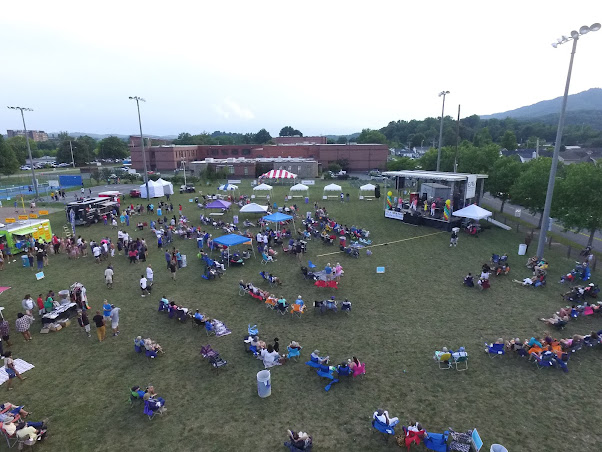 KINGSPORT — The Rhythm returns to Riverview on Monday, July 18th, as part of Fun Fest 2022.

The event is the largest concert gathering at the beginning of Fun Fest, with the key word at any Fun Fest event being “fun.”

Prior to the music on the V.O. Dobbins ballfield, Kids Central will be back with activities for children of all ages and their families. The event will feature a variety of vendor tables. Kids Central will be open from 10 a.m. to 3 p.m. on both Monday and Tuesday. Sponsors are Ballad Health, Niswonger Children’s Hospital, Indian Path Community Hospital and the city of Kingsport.

Rhythm In Riverview begins at 5 p.m.

Other events will include balloon artwork by the New Vision Youth, demonstrations for seniors including how to safeguard prescriptions, book giveaways to students by Appalachian Initiative, book bag giveaways by the South Central Kingsport Community Development Corporation, dance demonstrations by the Holloway Dance Studio, and presentations of Miss Kingsport, Miss Sullivan County and others.

Eastman Connects will also honor its members for this year.

One event will also highlight the accomplishments of the local Pi Omega Omega chapter of the Alpha Kappa Alpha Sorority.

Then, there’s the food at Rhythm in Riverview.

At 7 p.m., headlining this year as they did last year are the Extraordinaires from Hickory, North Carolina, a band that founder Rusty Burton said cannot wait to come back to Kingsport.

“We had a great time there last year, and we’re looking forward to getting the people involved with our music and the way we present it. They see and hear the excitement, and they will feel it. They recognize the songs, they can sing along with them and it gets them up off their seats.”

Burton said the secret to the Extraordinaires’ success is engaging the audience.

“It’s no sit-down concert with us. We play nonstop, no talking in between songs. Nobody can dance to that. We are there for a party.”

Rhythm In Riverview is free and will be held at the V.O. Dobbins ballfield, Louis Street at Dr. Martin Luther King Jr. Drive on Monday, July 18th. The event is sponsored by Eastman, the South Central Kingsport Community Development Corporation, Kingsport Parks and Recreation, the Kingsport Housing and Redevelopment Authority and Eastman Concert.

Posted by douglassriverview at 11:39 PM 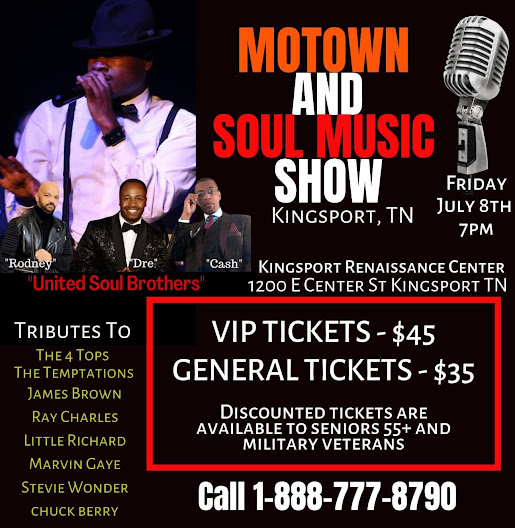 Posted by douglassriverview at 12:26 PM