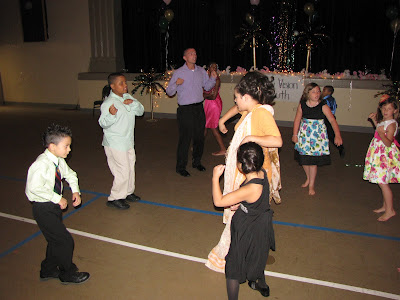 An annual tradition continued on the evening of June 16, 2012, as the New Vision Youth came out to attend their prom. 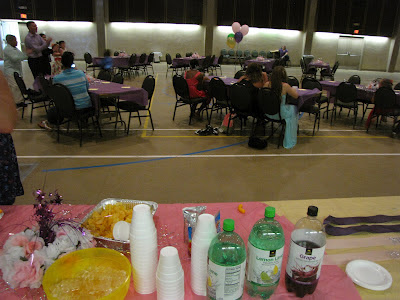 Click here to see a slideshow of the 2012 New Vision Youth Prom for the younger and older kids.

Mrs. Swagerty says the New Vision Prom is broken up into two parts.. the first prom at 5 PM was for children ages 4 to 12 years old.. the second prom was for the older kids, ages 13 to 17. She says, the event grows every year.

"Some kids don't get to go to a prom and experience the fun the other kids have," she says. "Sometimes, it's the age they are or the grade they're in.. this prom is for them. Even the kindergarten kids ages 4 and 5, we've had three of them just today.. all the way up to 17 years old and up." 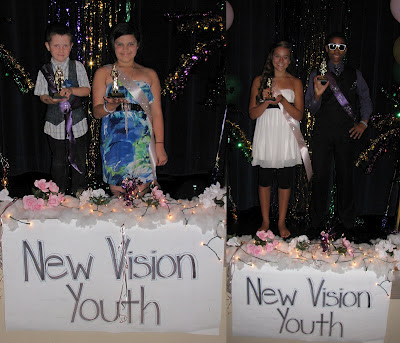 Royalty came in pairs at the Prom, and were duly crowned. For the young kids, the 2012 New Vision Junior Prom Princess is 11 year old Maddilyn Soto and her Prince is 5 year old J.J. Smith. In the older group, the 2012 New Vision Senior Prom Queen is 14 year old Luisa Valdez of Sullivan Central High School, and the Prom King is 14 year old Tyrik White of Dobyns-Bennett High School. The winner who brought the most guests to the Junior Prom is Jais Soto, and the winner for bringing the most guests to the Senior Prom is Briesha Camp and Maria Soto.

"They all get a joy out of it," says Mrs. Swagerty, "they make new friends and get to see old friends, too.. everybody just having a good time. We've even had several new kids join New Vision from Sullivan Central High School and over in Virginia."

Mrs. Swagerty says it takes a community effort to make sure the kids have fun at their Prom.

"We thank everybody for helping to support the New Vision Youth."

Special thanks go to the city of Kingsport Parks and Recreation, Titlemax, the South Central Kingsport Community Development Corporation, the Fire Escape Christian Club for Teens and Kathy Christian, "Miss Linda" with the city of Kingsport Maintenance Department, the Soto family, the family of Joquetta Delaney, the Williams family, the Turner family, the Overbeu's, the Camp's, Angel Pruett, and the Sons and Daughters of Douglass website.
Posted by douglassriverview at 10:23 PM