"An Evening with Blake Leeper" 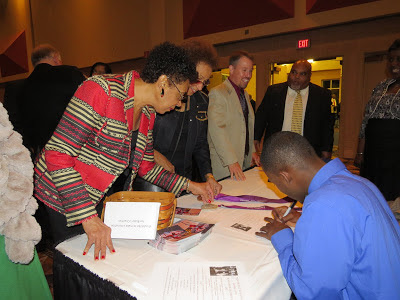 "Having Kingsport come out and support me during the holidays to support me and my charity group, means a lot because I'm sure they all had something else to do tonight."


SEE THE SLIDESHOW FROM "AN EVENING WITH BLAKE LEEPER"

Kingsport's Blake Leeper has a lot to be thankful about going into the new year. His training for the Paralympics is about to continue in Southern California, but before he left, he paused for a moment to sit down with his friends in the Model City, and reflect on his whirlwind life. 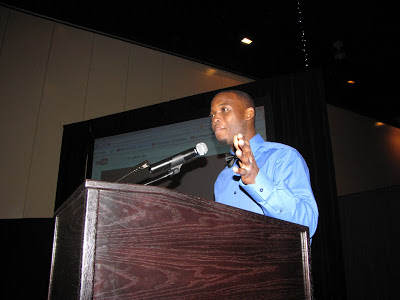 "There is so much more I want to do," he told an overflow group of supporters who gathered at the Meadowview Conference and Convention Center on Saturday, December 22nd. "Years ago, doctors told my parents I would never walk and now look where I am. I want to get out there and inspire more kids to go after their dreams. I feel like my mission will never be over, as my goal is to inspire as many kids and even adults as I can. 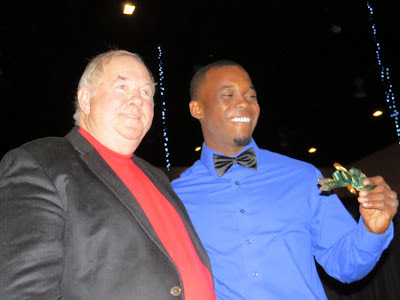 Adding to the celebration is the special recognition that Blake received from Kingsport Mayor Dennis Phillips. The mayor, who just announced his bid for re-election to a third term in the Model City's top job, admitted to the group that he had only given away 4 "Keys to the City" in his entire political career.

The fifth one, went to Blake Leeper on this night.

"Yeah, that shocked me," he says. "I got chills down my back. When he presented the key to me, it was a total surprise. I just sat there and said 'wow.' 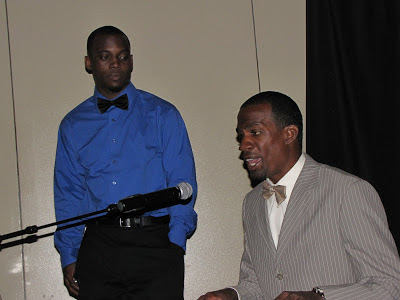 With Blake on this historic night was his friend and fellow teammate, Lex Gillette.

Elexis "Lex" Gillette is a blind Paralympic athlete from North Carolina in the United States competing in T11 (track) and F11 (field) events.

Gillette, who proved himself an accomplished singer during Leeper's visit, has won several silver medals at the 2008 and 2012 Summer Paralympics. As of now, his Long Jump world record for F11 classified athletes with a leap of 6.73m in 2011 still stands.

"People say I inspire him, but it's the other way around," Blake says. "Not only is he a good athlete, but he's also an amazing person. We both train at the paralympics facility. We're on the same mission, and we're accomplishing it together." 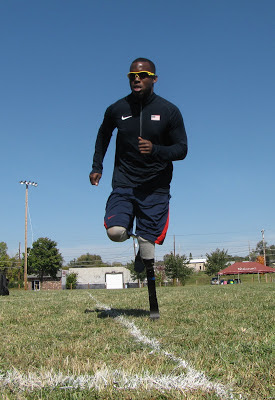 Where does Blake Leeper go from here? An easy question, with a quick answer.

"Keep training," he says. "I want more. I feel like there is so much more that I can do, not only on the track, but off the track, too. Training for everything, track, life, begins in the classroom.. get out there and keep taling to more people and inspire more kids."

"I feel like my mission will never be over, as my goal is to inspire as many kids and adults as I can every day."
Posted by douglassriverview at 12:39 PM