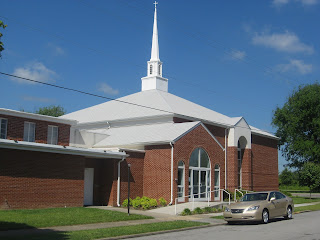 The Central Baptist Church is holding a special memorial service on Sunday evening, to pay respects to the nine people killed during last week's shootings in Charleston, SC.

Janet Russaw, a member of Central Baptist who suggested the service, said the entire community is invited to attend.  "We are a community that needs and wants to become united and mourn the loss of nine innocent lives," Russaw says.  "We feel like a great place to start is with churches and reaching out to each other."

Russaw, who has been a member of Central Baptist for about 15 years, says she has been moved by the tragic events of that day, and felt the need to do something to help others and herself, find peace.

"I think it goes back to the Christian Faith, loving one's neighbors and having a relationship with them," she said.  "The way you begin to find your peace is to know one another." 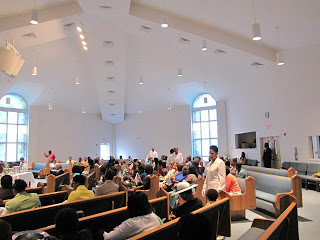 The service will be in reverence to the victims, and will be prayer-driven, Russaw said.

"We're going to pray for the nine lives lost, their families and the church, which lost a pastor," Russaw said.  "That would impact your church, any way you look at it.  It would leave a hole.  "We're also going to pray for its membership, the city, our city, our nation and the world."

Central Baptist is located at 301 Carver Street in the Riverview Community and the service will begin at 6 PM on June 28th.  Typically, the church will hold around 300 people and Russaw says she hopes the sanctuary will be standing room only.

"I hope people are standing outside, wanting to get in.  I want us to overflow, even if we overflow into the street, to show our love and support," she said.   "We want the entire community to come out and be a force, to show the world that our city is full of loving, caring people."


AND HEAR PRESIDENT OBAMA LEAD THE MOURNERS IN "AMAZING GRACE:"

Posted by douglassriverview at 6:03 PM