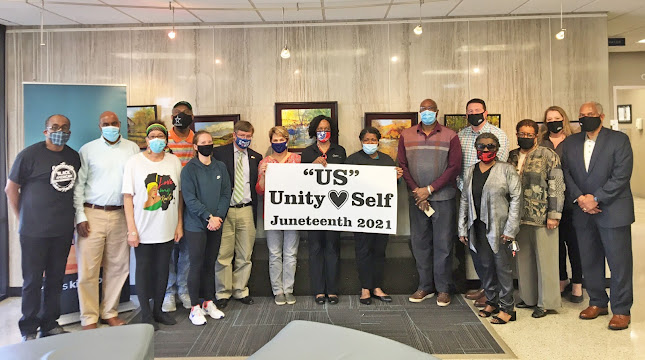 KINGSPORT -- Freedom is still ringing in upper East Tennessee, and it's about to sound off loud and clear in Kingsport.

For the first time, the Model City joins other Tennessee communities in celebrating the Emancipation Proclamation that freed American slaves 156 years ago.

"The get-togethers were always a festive atmosphere with music, food, kids' activities, with one difference," said Kingsport's Johnnie Mae Swagerty, who attended many local events out of town as a child. "The older ones would always talk about why the celebration was important to Black people."

The event is technically called Juneteenth, an African-American reference to June 19. On that day in 1865, a Union general rode into Galveston, Texas to announce that President Lincoln had freed the slaves in the Confederate states on Jan. 1st, 1863.

At that time, the law freeing the slaves did not apply to Tennessee, but that was solved by then-military Gov. Andrew Johnson, who freed his personal slaves on Aug. 8th of 1865.  For years, African-Americans in the Volunteer State, particularly in Greeneville where Johnson was from, officially commemorated Aug. 8 as Emancipation Day with huge celebrations, with a nod to Jan. 1 and June 19.

"She was the nanny to Johnson's daughter Margaret," Swagerty said. "To me, it was difficult to think she was a slave because it's come down through the generations that the Johnson family treated her extremely well. She stayed with the Johnson family even though she no longer had to. 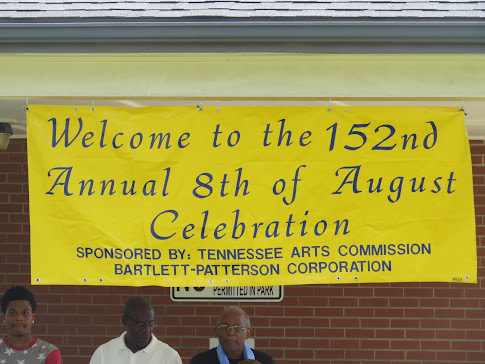 "Years later, we always celebrated August 8th with the Greeneville folks, and that's why we want to make Kingsport's Juneteenth successful," she says.

Swagerty is making good on that promise. She's the organizer and administrator of Kingsport's four-day Juneteenth events being held at Riverview's V.O. Dobbins Ballfield and Community Center.

The Juneteenth observance begins on Thursday, June 17th with a virtual Facebook presentation by Dr. Stewart Harris, associate director of the Abraham Lincoln Institute for the study of Leadership and Public Policy at Lincoln Memorial University.

Dr. Harris will speak on Juneteenth as it relates to the Constitution and civil rights. The discussion is sponsored by Eastman. Tonya Foreman is the company's education initiatives manager and a member of Eastman's Connect group.. she also co-chairs Eastman's community outreach program.

"There are many issues involving Juneteenth that prompt questions" Foreman said. "It always opens up avenues for understanding. Any time we can fellowship in a festive atmosphere and enjoy each other's culture and heritage is a great time to learn from each other." 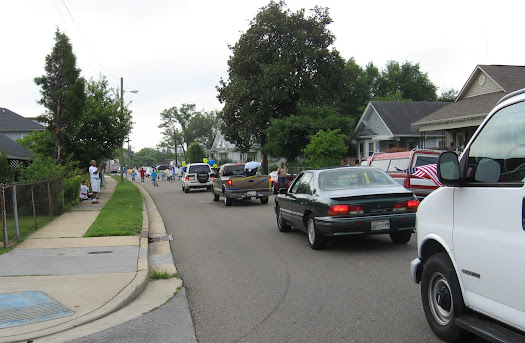 The Juneteenth Parade on Main Street to MLK Drive on Friday, June 18th will remind you of the Douglass Alumni Reunion Parades like this one from June, 2007

On Friday, June 18, the holiday kicks off with a 6 p.m. Juneteenth parade from Kingsport's Centennial Park to the V.O. Dobbins Ballfield in Riverview, where an outdoor family movie features "The Nutty Professor," starring Eddie Murphy at 8 p.m.

Swagerty says that's only the beginning of exciting activities in the community over the weekend. She says get ready for some good entertainment by bringing your lawn chairs to the outdoor movie.

"We are furnishing free popcorn on Friday night," she says. "It kind of gets you ready for Saturday's big activities."

Imagine the activities on the Douglass Ballfield during Rhythm In Riverview being three or four times BIGGER... that's what the Juneteenth celebration will be on the ballfield in our home neighborhood-- THE ONLY PLACE TO BE ON SATURDAY, JUNE 19TH!

Keep those lawn chairs handy.  Saturday is a community unity day on the Dobbins ballfield beginning at 10 a.m. with proclamations, letters and declarations of welcome by Kingsport city officials.

There's plenty to do on Louis Street at MLK Drive with on-going activities like information booths and food vendors, and face painting, inflatables, sack races and finger painting for the children.

All of the events and concerts in the Dobbins ballfield are free of charge.  "The pandemic hit folks hard in the pocketbook," Swagerty says.  "We wanted to make things easy by making things free and not asking for donations." 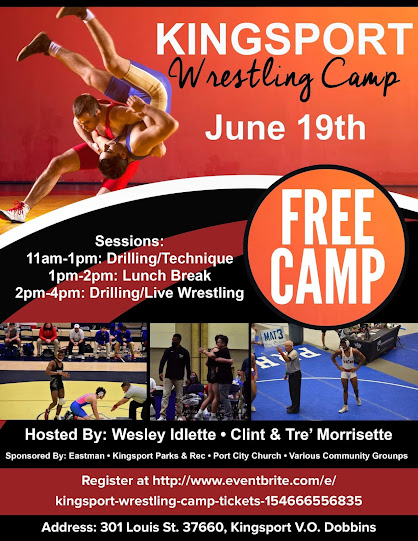 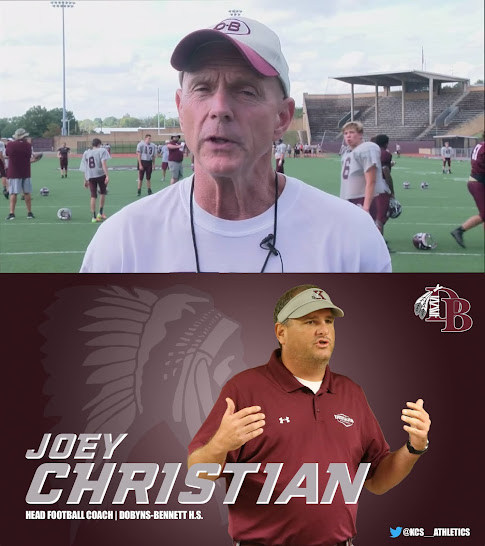 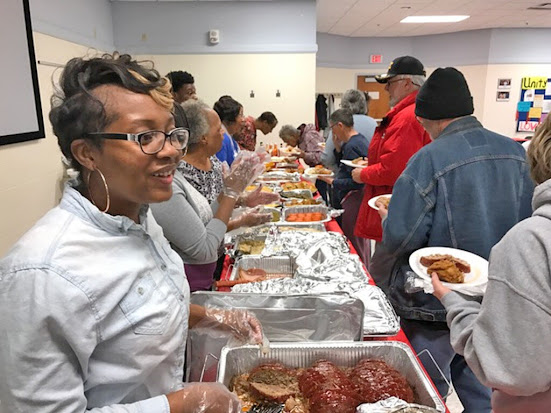 Past Soul Food Gathering in Riverview

Take a break also at 1 p.m. to get your taste buds on with food tasting in the nearby Douglass Community Room.  Everything from soul food and southern food, to Hispanic, Puerto Rican and South African dishes will tempt the palate.

At 2 p.m., the sports competition continues with a DB basketball skills and drills demonstration by former DB stars Travis Sensabaugh and DiMingo Hale.  It involves skills and competition for basketball players of the future.

Parents and spectators are encouraged to watch and cheer on the sports participants.  Everybody taking part will get certificates of participation and there'll be door prizes given away in the field all day long.

Saturday really gets wound up at 3 p.m. with the Juneteenth Band from Washington, DC with some rousing selections.

Then, attendees can see law enforcement officers of the four-legged kind get put through their paces with a K-9 demonstration by the Sullivan County Sheriff's Department. 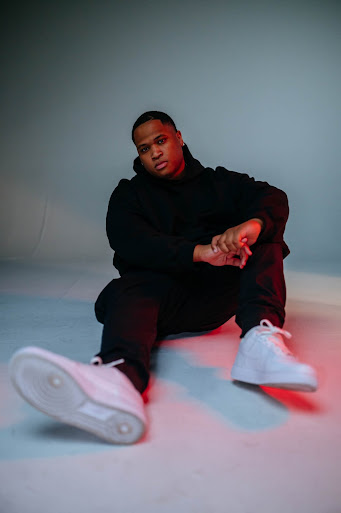 At 4 p.m., one of the Tri-Cities' favorite sons takes the stage in the ballfield.  Singer Aaron Cole of Bristol, Virginia is a Dove Award winning artist, whose Christian rap has been bringing young people to Christ for years.

He's eager to perform in front of the home folks.  "Everything I sing about is built around hopefulness," he says. "Juneteenth is a hopeful holiday about all people coming together, treating each other as equals. It means a lot to me. It's important to educate people about parts of history that they may not know about."

Click on the video to hear a personal message from Aaron Cole to the folks coming to the Douglass Ballfield on Saturday, June 19th: 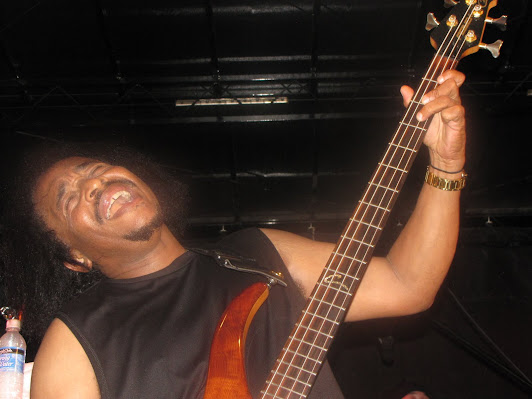 Three events are scheduled for 5 p.m. Motorcycles roll onto the ballfield when the Vic Danger Legacy Bike Riders will give away school supplies and back packs to area students and visit with seniors in the Riverview community. The late nationally renown bass guitar artist Vic Danger grew up in Riverview, and the giveaway is part of his legacy of helping local youth achieve their educational goals.

Also at 5, the Holloway Dance Studio holds a hip-hop show in the nearby Dobbins community center gym, and the latest designs will be on display in a fashion show held outside, sponsored by Doris Kaifa of Johnson City. Women's and men's clothing from Europe, America and West Africa will be modeled in the show.

As the Saturday activities wind down, the latest fancy "steps" will be stepped off in a "step show" by members of the Phi Beta Sigma fraternity, and then the evening ends with musical numbers from the Juneteenth Band.

As Kingsport gets ready to join the chorus of communities commemorating the end of slavery in America, comes a nationwide effort to make June 19th-Juneteenth a federal holiday. Ron Carson, the co-founder of the Appalachian African-American Culture Center in Pennington Gap, VA welcomes the idea. 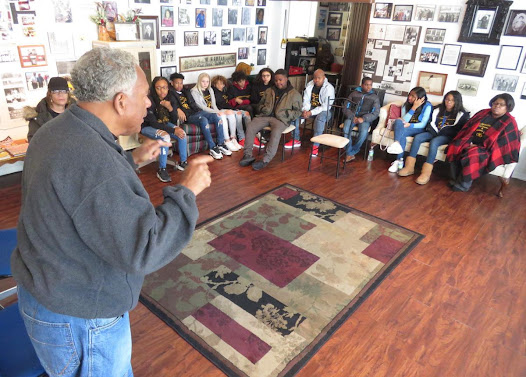 "With January 1st and June 19th in many states, plus August 8th in Tennessee, it's too confusing," he says. "June 19th makes more sense because more people around the country consider the day when the official announcement was made in Texas that worked its way back east. The celebrations came down to when each state received the news by horseback back then. Today's effort is to try and get everybody on the same page."

That sentiment is echoed by Bishop Ronnie Collins, organizer of Kingsport's annual Martin Luther King Day March. "A national celebration of freedom for any American is a celebration of the ideals that make our country what it is today... a place of diversity, equality, inclusion and justice for everybody."

Both civic leaders agree that "Juneteenth is not just Black history, it's American history."

Meanwhile, Johnnie Mae Swagerty says she has an idea on how Tennessee could decide whether Jan. 1, June 19 or Aug, 8 is better to celebrate in the state.

"Pick June 19th and call it June-Aug-Teenth-the First," she laughed. "How's that for compromise?" 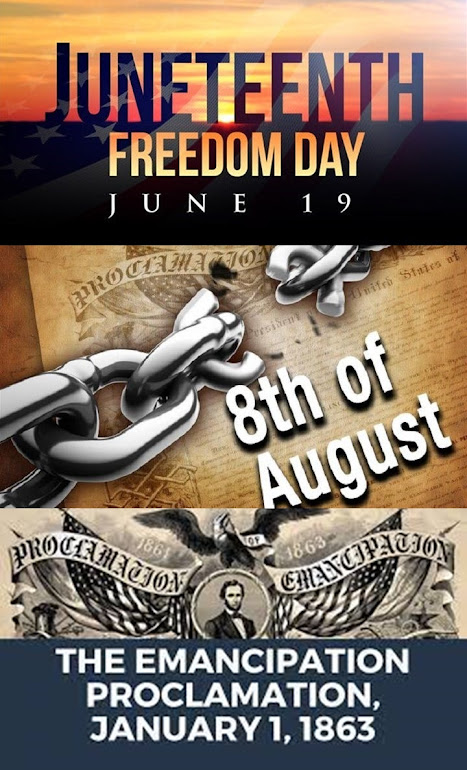 Posted by douglassriverview at 12:12 PM