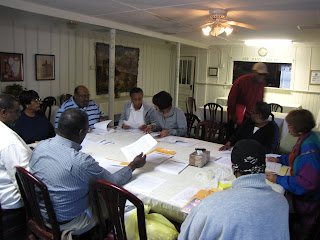 It was one of the topics discussed at a specially-called meeting of the Trustee Board this past Saturday, March 7th.

In order to solicit contributions and donations that can now be considered tax-deductible to the Douglass Alumni Association, it was agreed that new stationary be printed with the non-profit status prominently listed under our name. In fact, all mentions of the Douglass Alumni Association will have to include the non-profit designation. Several questions arose from trustees, concerning how to spend Association funds now, now to file out separate forms for the IRS using our tax ID number. Calvin told the group, he is researching all of this, and will report back to the group once he talks to the IRS personally about the responsibilities of non-profit organizations. 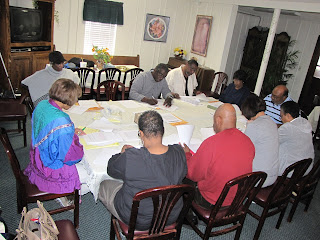 In other business, the trustees also set admission prices for non-alumni members to attend the two paying events of the upcoming Reunion (the hospitality Sock-Hop Friday night, and the Reunion Banquet on Saturday night).

As discussed and approved, the prices are: 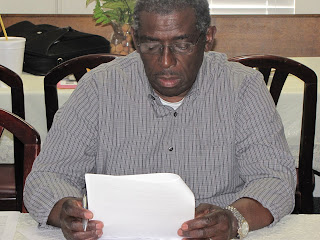 Richard Ford with DJ Express is under consideration to provide musical entertainment for the Reunion. Trustee Ozine Bly is negotiating with Richard for the Hospitality Sock-Hop on Friday night, and Saturday night's Reunion Banquet Dance.

NEXT MEETING: Saturday, March 21st at 1 PM in the Fellowship Hall at St. Mark's Methodist Church, where the Reunion Letters will be addressed and stamped for mailing. The final Banquet Dinner menu will be decided then, as well.
Posted by douglassriverview at 11:15 PM