KHRA selected Cornerstone Housing of Maryland to be the developer, and Cornerstone selected Walker Construction of Chattanooga to perform the work.


KINGSPORT — A number of problems have been discovered at the new HOPE VI houses built along Sherwood and Hiwassee, including drainage problems, poor masonry work, and cracked concrete in the driveways, walkways and steps.
Kingsport Housing and Redevelopment Authority officials say all of the problems will be addressed and are asking residents for patience during the upcoming repair process.

David Grace —dgrace@timesnews.net
Problems with drainage, poor masonry work and cracked concrete have been discovered in some of the new HOPE VI houses along Sherwood and Hiwassee. 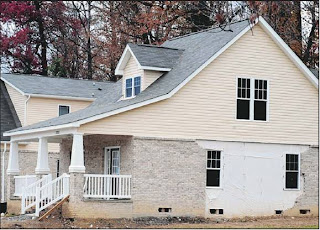