Kingsport May Get Another Weed & Seed Area

There may be another Weed & Seed area in Kingsport soon.

Efforts are now underway to incorporate two more neighborhoods under the Weed and Seed umbrella. That's the community-based program sponsored by the U.S. Department of Justice as a way for residents to reclaim neighborhoods from criminals through crime prevention and community revitalization. 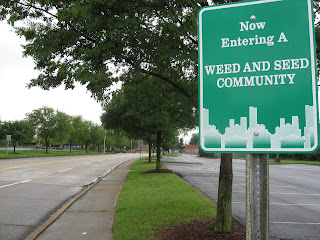 "Based on requests from residents who have seen how successful the program has been in Riverview and South Central Kingsport, we are now proposing a new Weed & Seed designation for the Cloud Apartments, Borden Mills and Highland Park area," says Mary Alexander, coordinator of the Riverview-South Central Weed & Seed Office. "With that comes more government funds for increased police presence, more community programs, and more educational directives for children.

And it's no secret why those residents want the increased attention. 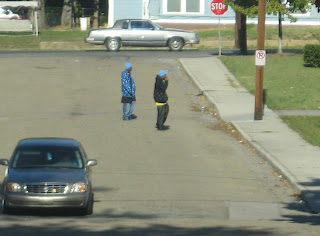 "When all the drug dealers and criminals were run out of the Riverview neighborhood," she says, "they all seem to set up shop in Cloud, Highland Park and the Borden areas. Weed & Seed provided the Riverview folks what they needed to push the bad element out. Unfortunately, they just a few blocks away and set up shop to do their criminal activity."

Back when Riverview and South Central applied for Weed & Seed funding, there were no population limits to get the program. Now, there has to be at least 10,000 people living within any proposed area.

"When we first applied in Riverview," Mrs. Alexander says, "we were nowhere close to 10,000 residents. But Riverview had the absolutely worst crime rate of any subdivision in the city, if not one of the worst of any community its size ANYWHERE. Drug dealers, prostitution, gun-related crimes, assaults, robberies, you name it. To be a small community, Riverview had it all. The federal government raised quite a few eyebrows when they saw the numbers." 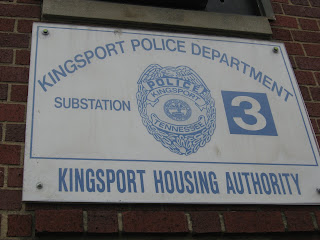 Crime in Kingsport's African-American neighborhood got so bad, the police department had to put a precinct in the Riverview Apartments, and still, the crime rate was hard to get a handle on. People were afraid to walk down the streets, accidently leave their doors unlocked.. they were afraid to even stop, fearful of some drug dealer running up to the car.

And then came Weed & Seed.

"We pushed out the bad element," says Mrs. Alexander, a sentiment echoed by most Riverview residents, "and now, we're going to try to push them out even further." 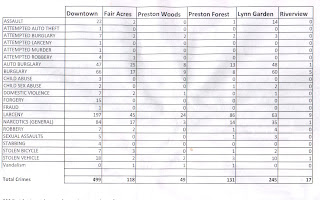 Since the Weed & Seed program came to Riverview and South Central Kingsport, as shown by the chart, crimes rates in general have dropped to their lowest levels.

Probably since the neighborhood was formed 70 years ago.

Crime statistics so far this year, show Riverview's total crimes at 17---the lowest of any neighborhood in Kingsport since January 1. Nearby, downtown Kingsport has a total of 499, including 197 larcenies, 84 crimes involving narcotics, 66 building burglaries and 47auto burglaries. Lynn Garden is second with the most crimes so far this year, at 245, then Preston Forest at 131, Fair Acres at 118 and Preston Woods at 49. 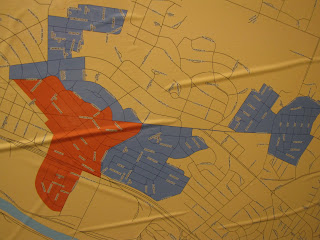 "To get that many this time, we had to combine Cloud, Borden Mills, and Highland Park," says Mrs. Alexander. "With that, we counted about 11,000 people. Many of them, especially in the Borden Mills subdivision, looked across the railroad tracks at Riverview and what the program did for those folks. When their crime rates started jumping up, they began a campaign to get the program in their neighborhood."

Several meetings have been held with people in the affected areas, and for the most part, Mrs. Alexander says the program has been well received and understood. She says, most people understand that Weed & Seed is a community effort; that the government works with residents, who will work on the front lines to stand up and document criminal activity. 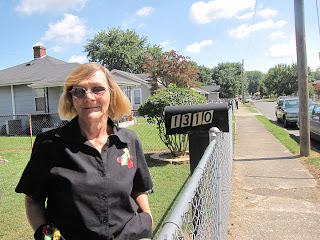 Carol England saw the bad element moving in. She moved back to Borden Village from Bloomingdale about 10 years ago.

"I haven't seen any drug deals around here, but other people have," she says. "Everybody's talking about it. There are a couple of houses around here that everybody's got their eye on.. they all know, that's where you go to get that stuff." 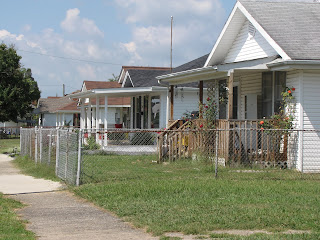 "I thought Weed & Seed was a good program when it started up over in Riverview," she says. "It really cleaned it up over there, but when they run 'em out, they came over here. And it's not just Borden Mills, it's Highland Park, and down around Gibsontown near the hospital. When they tore down the apartments in Riverview, little by little, we started seeing little things going on here, that we hadn't seen before." 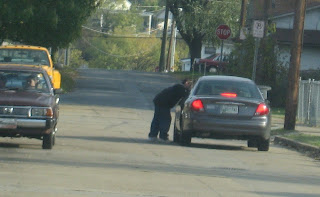 Letters to the Kingsport Times-News editors, prompted this reporter to visit Highland Park, to see and perhaps document alleged drug activity that residents there have complainted about. This reporter actually photographed what looked like drug deals going down between at least one driver and a young person who was observed running up to the car. Increased police patrols have curbed much of the illegal activity, residents say, but it has not stopped it.

Meanwhile in Borden Mills, people are scared, according to Ms. England. 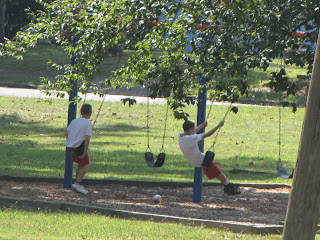 "We've got kids around here that go down to the park, they ride their bikes there," she says. "It's not safe over there because sometimes the drug dealers are there. When mynieces and nephews come to visit, they come to the park to play basketball, and you see somebody sitting around in a car, or sitting at a picnic table, just sitting there. They try to look like they belong there, but they don't. And there they are." 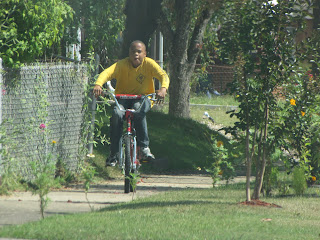 "You can push the drug dealers out of one area," says Ms. England, "but they'll just go to another area. They need to do a Weed & Seed for every neighborhood in Kingsport, not just Riverview or Borden Mills or Highland Park. But even that won't clean it up completely, we know that. People around here watch their property, and they watch out for each other, too. If we don't watch out for each other, it will be as bad here, as it was (in Riverview)." 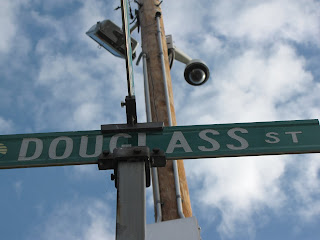 "Cameras are a big part of the Weed & Seed effort," says Mrs. Alexander. "The people in the proposed areas really want those cameras, because they put the criminals in Riverview on notice that their every move was being watched by police. Sometimes, they didn't see the drug transaction itself go down, but they do see certain behaviors in people on the street. That body language. That is enough to give 'em away."

Other things the Weed & Seed program would provide the new area, would be seed money to fund more police patrols, the DEFY (Drug Enforcement For Youth) program, back-to-school programs. Projects that have been very successful in Riverview. 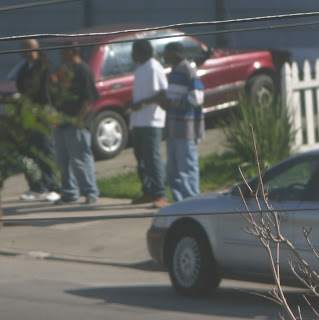 So what would an expanded Weed & Seed area mean to the drug dealers, abusers and criminals that have moved in?

"Time's up," says Mrs. Alexander. "It's over. Your moving day has arrived. Pack up and move on out. The police can only do so much, and now the residents are ready to take their neighborhood back."
Posted by douglassriverview at 10:53 PM