Suspect in racist graffiti case will learn fate in September


BLOUNTVILLE — A Kingsport man is expected to learn in September whether he will get pretrial diversion on a vandalism charge alleging he spray-painted graffiti that police have described as “racist, obscene and threatening to President Obama” on an Interstate 26 overpass. 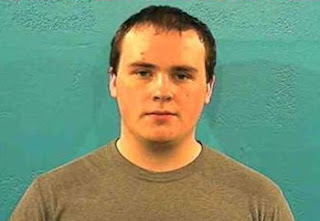 Andy B. Frye, 20, 1608 Seaver Road, Kingsport, had asked for pretrial diversion following his arraignment on a charge of vandalism over $500 in a Blountville court in January. His case has since been reset more than once due to his probation eligibility report not yet being filed.

Sullivan County Assistant District Attorney Gene Perrin said Frye’s probation eligibility report was filed prior to Frye’s court appearance on Thursday, but not in time for him to review it.

The judge subsequently reset the case for Perrin to announce his decision on Sept. 10.

According to a Kingsport Police Department news release issued after Frye’s arrest, the vandalism on the Meadowview Parkway I-26 overpass was reported on April 19, 2009. Some of the graffiti referred to Obama as “the modern Hitler,” while other beams on the underpass read “all blacks must die” and “KKK.”

To see the graffiti that was found spray-painted on the I-26 underpass at Meadowview a year ago, click here.

KPD Detective Chris Tincher said Frye was developed as a suspect following a report on the vandalism that was aired by WCYB-TV. Anonymous tipsters contacted Kingsport police and implicated Frye.

Tipsters said Frye had also posted racist and anti-Obama comments on the Internet, but authorities were unable to verify those claims, Tincher said.
Posted by douglassriverview at 11:33 AM