Monday’s parade in Kingsport drew one of its largest crowds in years.

KINGSPORT — The weather cooperated Monday, not being nearly as cold and windy as in years past. And as a result more than 75 men, women and children marched in the 12th annual Martin Luther King Jr. Day Parade in downtown Kingsport.

“We’re ecstatic that the weather is cooperating and the people are showing up,” said Pastor Ronnie Collins, organizer of the parade. “We’re
pleased with the turnout, and when the weather is good, people do show up even better.”

The Tennessee/Virginia Fellowship Against Racism and the East Tennessee Full Gospel Baptist Church Fellowship sponsors and organizes the yearly parade on the holiday honoring King. 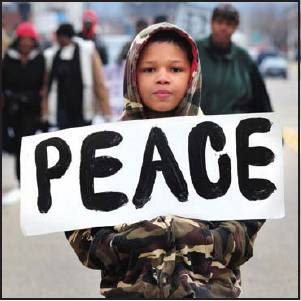 Monday’s parade in Kingsport drew one of its largest crowds in years. People young and old were in attendance, from grade school to high school, from middle-aged to seniors, African-American and Caucasian. Some were in suits, most dressed casual, while a few wore sweatpants.

Children could be seen carrying signs with “Peace,” “Love” and “Hope” along with banners of King’s image or the name of their organization, such as the United Religion Initiative or the Standing on the Side of Love Web site. A half dozen people played the tambourine and drums while they marched down Center Street, and the 88.3 WCQR van played gospel music. At least three canine companions joined in the hourlong festivities. The Department of Veterans Affairs, Full Gospel Mission, Central Baptist Church and the Spirit and Truth Full Gospel Baptist Church filled out the rest of the parade. 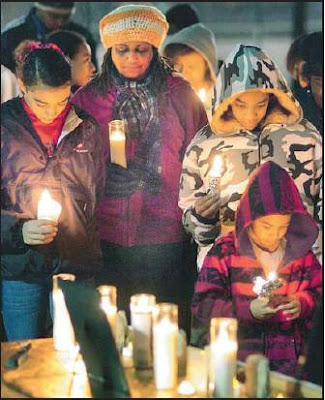 “Our special theme is still ‘Remember. Celebrate. Act. A Day On, Not a Day Off,’ ” Collins said. “One of the things that we want to encourage people to do is get more involved in the different movements that are going on in America.”

One such movement is the “Occupy the Dream” coalition, consisting of leaders from the African-American faith community and the Occupy Wall Street movement. The coalition, which kicked off back in December, called for a National Day of Action on Monday to occupy Federal Reserve banks in 16 cities across the nation to “focus attention on the gross injustice visited upon the 99 percent by the financial elite.” 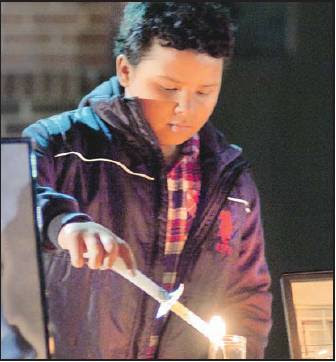 “We need to get some policies passed that will help America and not harm America.”

In addition to celebrating King’s life and message, Collins said the country is also celebrating the opening of the Martin Luther King Jr. memorial at the National Mall in Washington, D.C., last August. The centerpiece of the 4-acre memorial is a 30-foot-tall granite carving of King. Fourteen quotes from King’s speeches, sermons and writings are featured on the Inscription Wall at the memorial.

“I was there a couple of weeks ago, and it was just breathtaking. The structure, how they did it was immaculate. He looks so clear, and it was just a beautiful thing to see,” Collins said.
Posted by douglassriverview at 11:25 AM