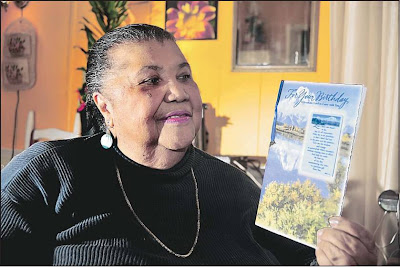 Jill Ellis is 84 years old today, but, for only the 21st time in her life, is celebrating her birthday on the actual day she was born. She was born Feb. 29, 1928 at the Marsh Clinic in Kingsport.

Most people can’t recall their first birthdays, or even their second birthdays, but Jill Ellis remembers both of hers.

Ellis is 84 years old today, but, for only the 21st time in her life, is celebrating her birthday on the actual day she was born.

Ellis was born Feb. 29, 1928 at the Marsh Clinic in Kingsport. Ellis’ parents both worked at Rotherwood Mansion at the time of her birth. Her mother was a cook, and her father was the chauffeur and butler.

“I remember my first birthday, when I was 4. My first birthday party was at Douglass School in the first grade room. I don’t know if the kids knew me or not because I didn’t know them. I didn’t play with them. I hadn’t seen them before. I didn’t go to school there.

“But I remember they had a party for me there, and there were kids everywhere jumping over tables and chairs.

“And on my second birthday I got a piano. I realized early on that every four years I probably got a little bit more on my birthdays than on the other years,” said Ellis, who was the guidance counselor at Dobyns-Bennett High School for almost 40 years.

This year Ellis, mother to seven children, says she won’t do anything special for her “21st birthday” except maybe just spend some time with her family.
People born on Feb. 29 are called leaplings, and the percent of the population born on Leap Day is just 0.274 percent.

More than 4.7 million people worldwide are leaplings, and around 10,800 babies are born in the United States on Leap Day.

The Times-News spoke to several other area leaplings and found out what it’s been like for them to celebrate an actual birthday every four years. 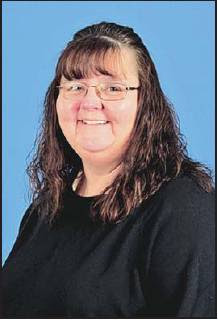 Barbara Lyons turns 48 today, though it’s only her 12th birthday, half the age of her twin daughters.

Barbara Lyons, who lives in Eidson, turns 48 today, and is excited about having her 12th birthday.

“This year, I’m half the age of my twin daughters who are 24,” she said.
Lyons said her most memorable birthday was the year she turned 28 and celebrated her seventh Leap Day birthday.

“I had a party like what you’d have for a 7 year old. We played Pin the Tail on the Donkey. I was 28 at the time, but we played all these little kids games. Everybody had a ball. It was so much fun,” she said.

“Having a birthday like this keeps you young at heart.”

Lyons is looking forward to the next Leap Day in 2016.
“I can’t wait to finally get my sweet 16 birthday party,” she said. 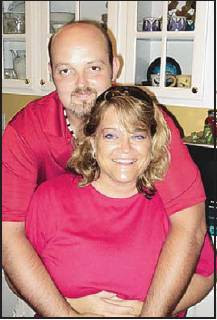 Pam Graybeal Cassanego, here with her husband, says she enjoys having an unusual birthday.

Pam Graybeal Cassanego says when she was born 44 years ago the doctor asked her mother if she wanted to change her newborn’s birthday to Feb. 28 or March 1 because he thought Cassanego would be teased about being born on Feb. 29.
Cassanego, who lives in Mars Hill, N.C. now, was born in Bristol. Her parents, Martin and Mary Graybeal, reside in Blountville.

“I have actually enjoyed having such an unusual birthday. When you go to places, (such as) restaurants that give you your meal for free on your birthday, you can get one on Feb. 28 and March 1 (on non-Leap Years).

“Or if you are an immature person like me, you can fall back on your ‘actual’ birthday and say it is because you are only that old,” said Cassanego, who celebrates her 11th Leap Day birthday today.

Most leaplings say they celebrate their birthdays in non-Leap Years on Feb. 28 rather than March 1.

They want to keep their birthdays in their birth month. But Cassanego says she tries to celebrate on whichever day falls on or closest to the weekend.
“Or whenever I get my presents or cards!” she said.

Every four years, Cassanego says she celebrates her birthday extra hard.
“This year I do plan on taking a vacation day for my birthday since it is falling on Wednesday,” she said. 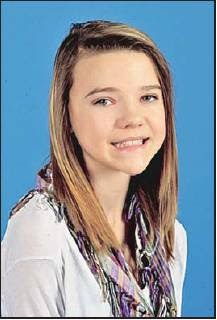 Haley Griffith will definitely remember her fourth birthday. She’s getting her driver’s license and a car.

Haley Griffith doesn’t remember much about her first three birthdays. But, the 16-year-old Dobyns-Bennett student says she will definitely remember her fourth birthday.

She said to celebrate she and some friends may go to Gatlinburg.

“This birthday has to be extra special this year,” she said. 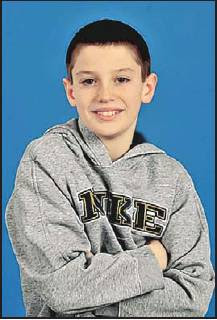 Twelve-year-old Jake Denton is a sixth-grader at Ross N. Robinson Middle School and is celebrating his third birthday today. The pre-teen says he doesn’t really remember much about his other two birthdays.

Jake’s dad, Chris Denton, says Jake’s birth came earlier than expected. “It was totally random. Just luck that he was born on Feb. 29. Jake doesn’t really think much about it. It’s probably neater for other people who hear that’s his birthday than it is for Jake, who actually has that birthday,” Denton said.

Denton said one of his friends who is an insurance agent told him that having a birth date of Feb. 29 could cause problems for Jake later on.

“He said the dates will mess him up. But we haven’t had any problems yet,” Denton said.

Denton says he will never forget what the doctor told them when he realized Jake’s birth date would be Feb. 29.

Begley said she has had an instance where her birth date was questioned.
“My insurance man said, ‘February doesn’t have 29 days,’ when I told him I was born on Feb. 29, 1936. I told him as it happens, yes, February actually does have 29 days every four years,” she said.

Begley turns 76 today and says she’s just barely still a teenager at “19.”
Growing up, Begley says it could be frustrating at times trying to make people understand what day she was born.

“Nobody could understand it. There are still people that can’t understand it. My younger grandchildren can’t understand why I have a birthday every four years,” she said. Begley’s not the only one in her own family with this unusual birth date. “I have a first cousin who lives in Michigan and a second cousin who lives in Ohio with Feb. 29 birthdays,” she said. And she also has a friend who lives in Scott County, Va. who celebrates a Leap Day birthday. “I definitely feel a connection to other people who share my same birthday,” Begley said.
Posted by douglassriverview at 7:40 PM