A release party for Juliana Soto will be hosted today at 313 E. Sullivan St. beginning at 7 p.m. 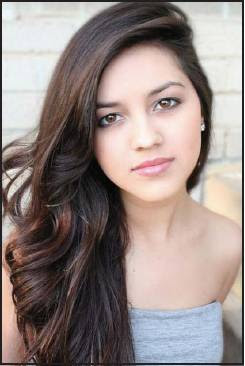 KINGSPORT — In elementary school, Juliana Soto would stop gym class by taking a spot on a small hill on the playground where she would sing. The audience is about to be a little bigger.

Soto, a home-schooled 15-year-old from Kingsport, is having her first collection of songs released on CD today on Open Gate Records, a project she has been recording since October in a studio located in West Virginia.

“It’s been a lot of work, but this is fun to me,” the teen said in a soft voice, the result of being put on vocal rest after overactive rehearsals left her almost speechless.

Her parents, Luis and Toryina, said she began writing song lyrics at age 3 and did three things — cry, play and sing.


JULIANA SOTO PERFORMING AT THE "GENTS TO GENTLEMEN" PAGEANT IN OCTOBER, 2011 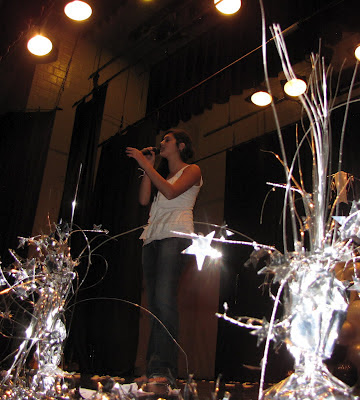 “I don’t know if it was a blessing or a curse, but we knew from how much she enjoyed it, just enjoyed just singing out — we knew that it was going somewhere. She won a spelling bee a few years back and sung the winning word,” Toryina said.

“We would be in church, and they would have a group of children on stage. (Juliana) would go ahead and go to the front and start singing,” said Luis.

Juliana admits that church is where she probably sings the best, but it is not a performance.

“This is not a place to show off. It is to use the talent that God has given you,” she said. “You use it and display it whenever you can because he can take it away in an instant, and I realize that. I am singing for him, and it is comforting. I come forward to sing for him.”

The practice in the pulpit is similar to the path one of Juliana’s inspirations, the late Whitney Houston, took in her course to stardom.

“She would watch Whitney perform and would watch the way she formed her words, projected into the microphone and formed her lips. It was funny to see her mimic that, then it was amazing to hear the voice,” said Toryina.

Juliana says she has had to make sacrifices — not getting to hang out with friends, skipping parties and dances — in order to get where she is, but she is happy with her decision.

“My parents support me, but this is what I hope to do the rest of my life, and I’ve had to forgo some things kids my age get to enjoy,” said Juliana.

“Some kids want the party and not the consequences. I really take to heart of making choices wisely. You never know what could happen tomorrow. It isn’t promised. I’ve learned to handle things, and I think I’ve learned from parents that you have to work for things.”

A release party for Juliana will be hosted today at 313 E. Sullivan St. beginning at 7 p.m. featuring performers from New Vision Youth of Kingsport, and she will perform at Rascals Teen Center at 125 Cumberland St. on Saturday.

Posted by douglassriverview at 10:48 AM