New Vision Kids at the Lincoln Memorial: Witnesses to 50 Years of History 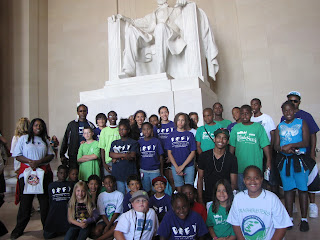 LAST YEAR, THE NEW VISION KIDS VISITED WASHINGTON, D.C. AND SPENT A DAY VISITING THE HISTORIC SITES IN THE NATION'S CAPITAL. ONE OF THE PLACES WAS THE LINCOLN MEMORIAL, WHERE THE 1963 MARCH ON WASHINGTON TOOK PLACE. AS WE COMMEMORATE THE 50TH ANNIVERSARY OF THAT HISTORIC EVENT, WE TAKE YOU BACK TO THAT VISIT

15-year-old Tyrik Hale admits to being awestruck at the majestry of the Lincoln Memorial, and the speech that brought more than a million African-Americans to its summit 50 years ago. The speech by the Reverend Dr. Martin Luther King, Jr. that he wanted his children to live in a world where they would "not be judged by the color of their skin but by the content of their character" signaled a new beginning in the civil rights struggle.. one that meant the time for that change in American society was now, not later. 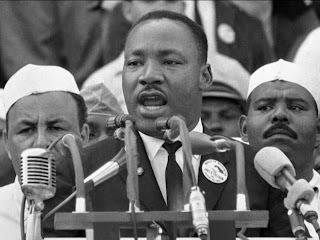 Hale, a sophomore at Dobyns-Bennett High School in Kingsport, studied about the shift in thinking that came after Dr. King's speech, and it definitely made an impact.  He is the son of Jaquetta Hale of Kingsport and Sean White.

"We have covered the speech in school," he says. "It was important because it's part of Black history, and it's good to know that our culture was together at one point in time. It didn't seem that we were against white people back then, although some of them were against black people. At the march, all black people and even some white people came together as one, to make the world better for everybody."

Meanwhile, it was a different atmosphere in Kingsport and the Tri-Cities 50 years ago at the time of the march. Jill Ellis, who was teaching at Kingsport's all-black Douglass Elementary-High School in 1963, remembers it as a time when not much was said about the march at all. 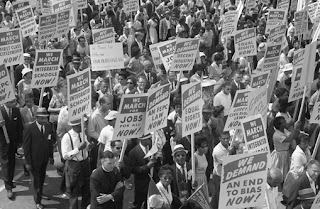 "African-Americans were rather insulated a bit from urban living in the Tri-Cities in 1963," she says. "We almost had to go to Knoxville, Chattanooga or even Nashville to be close to what the national mood was. We would see it on television, and our relatives and friends in the bigger cities would tell us what was going on, but I never saw any active movement to participate in the national goings-on. The March on Washington in particular, was more of a private event for people, hardly discussed. There was a fear of the unknown in the black community, a fear that meant 'I want to see it done, but I don't know about getting involved.'"

"We knew there were buses passing through Kingsport on Highway 11W coming from the South and the West, headed to Washington," says Mrs. Ellis. "Even though none of us went, there was a spirit that kept saying 'here was a man, Dr. King, who was going to make a way for all of us. He seemed invincible.. he has no fear. When you called his name, you almost held him in reverence.. he was somebody. When we heard him on the steps of the Lincoln Memorial, he almost didn't sound real, because his ideas were so futuristic. Unless you saw his picture, sometimes his words were almost unbelieveable." 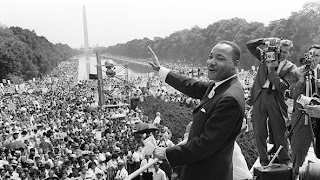 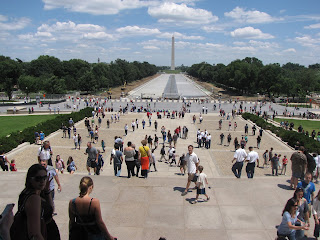 Today's African-American youth can identify in the uprising in the community about civil rights, that took a significant turn with Dr. King's speech. 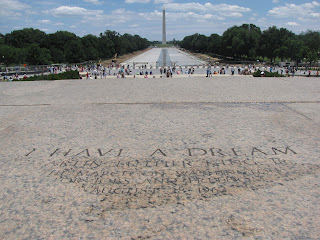 "I was amazed to stand on the very spot where Dr. King made his speech," says Tyrik. "I closed my eyes and pictured the rally going on, like I was right there in it. It was like, going through my mind, like wow.. this was exactly where Martin Luther King actually spoke to the people 50 years ago. I wasn't really nervous.. I was more excited than anything to be standing right there, when he made it sound like anybody can do whatever they want to do, if they put their minds to it. If you want to change the world, work hard and do what you gotta do."

"I was glad the kids got to see the spot where the speech was made," says Mrs. Ellis. "Although we couldn't go 50 years ago, the events held and sacrifices made back then, made it possible for our legacies to see where history started changing. Civil rights has taken several turns during its course, and the speech that Dr. King made on the steps of the Lincoln Memorial, was one of those changing points."

Tyrik says, he thinks about being on that spot a lot.

"It definitely changed my life," he says. "It changed my whole perspective of the civil rights background in the country. It changed my views on race and race relations, in that I was right there on the spot where the rally cry first went out." 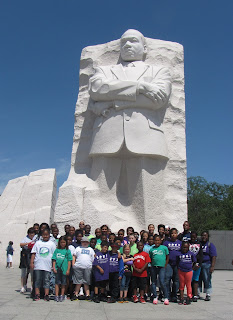 "The whole world changed at that moment with his words," says Tyrik.

"Just being there... I felt like part of history."
Posted by douglassriverview at 10:22 PM