A Dark Day in History: The Kennedy Assassination and the impact on Douglass School in Kingsport 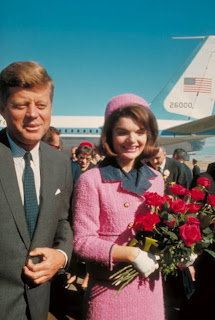 It was a nice, peaceful day in Dallas, Texas on Friday, November 22nd, 1963.. unusually cool and sunny for that city in November. But nobody seemed to mind.

After all.. the president was coming.

President John F. Kennedy and his wife Jackie had come to Dallas for a couple of speeches, and enthusiastic crowds had gathered to greet them along the way. Most of the women were mesmerized by Jacqueline Kennedy's natural beauty.. she always drew more looks and admiration than the president. 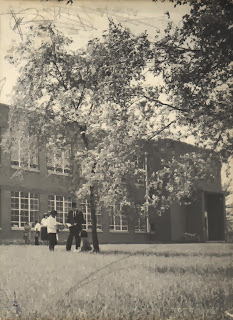 Almost a thousand miles to the east, a cool, but sunny day greeted the students of Douglass Elementary/High School in Kingsport, Tennessee. Admittedly, only a few students knew of the presidential trip to Dallas, and then probably because it was one of their social studies' assignments. Most of their classmates were engrossed in other school subjects and outdoor activities.

It was Friday afternoon. Everybody was anxious for the weekend to arrive. 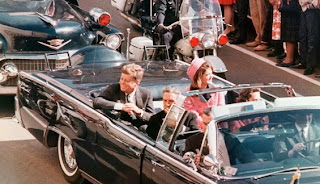 Meanwhile in Dallas, President and Mrs. Kennedy had left one speaking engagement, enroute to another at the nearby Trade Mart. They were accompanied by Texas Governor John Connally and his wife. Their motorcade route would lead them across Dealey Plaza, right in front of the Texas School Book Depository Building.

It was approaching 1:30 PM Eastern Time in Kingsport.. all of the Douglass elementary students had returned to their classrooms after lunch, and were thoroughly involved in their studies.. likewise, Douglass High School students had also gone back to class after a hearty lunch.

There were no problems, no delays, no outward signs of trouble. Just a routine day at Douglass.

In Dallas, it was 12:30 PM Central Time. The presidential motorcade passes in front of the school book depository building. 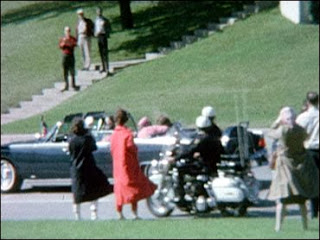 And then... time stopped.

The first of several gunshots rings out.. the first catches President Kennedy in his seat in the back of the vehicle. He immediately grabs at his throat. Another bullet catches Governor Connally in the back.. still another absolutely shatters the president's head. Jackie Kennedy, who immediately grabs her husband after the first shot, instinctively tries to jump out of the vehicle after the third shot.

Everybody at the scene knew what had happened. The president's vehicle raced toward the nearest hospital, Parkland Memorial.

It was too late. Doctors feverishly work on the president's wounds, but are eventually forced to give up.

Although broadcast news had not graduated yet to the immediacy level of satellite coverage and live TV pictures, it did not take long for the news to reach the far reaches of the country and the world. 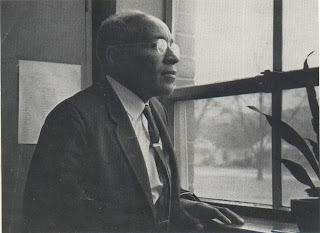 And even in Kingsport, Tennessee, where the news is announced shortly after 2 PM by Principal V.O. Dobbins, Sr. over the classroom speakers in the Douglass School.

"I was in the third grade, Mrs. Sneed's class," remembers Valorie Davis Thompson. "As the announcement was given by Mr. Dobbins, she let out a loud gasp. She began to shake her head, and told us to put our heads on the desks."

"At the time, I didn't grasp the magnitude of the event, but I knew it was something very sad."

As the news traveled through the school building, other students recalled vivid memories of those shocking moments.

"I remember it as if it were last week," said Bert Webb Lanauze. "I was in Mr. Hendricks' math class. Mr. Dobbins came over the intercom, and announced the horrible news. I remember Bertie Green getting up and just running out of the room. Everyone (at least the girls) started crying."

She went on. "We had basketball practice that Friday afternoon. The team was fairly sure that (girls basketball) coach Hendricks would cancel the practice because everyone was so upset. He didn't. That was a looooong practice. I went home, and found my mom crying continuously. We sat in front of the television the ENTIRE weekend trying to make sense of the horrible tragedy. I was 13 years old. It was so very difficult to understand why anyone would want to kill OUR president!!!" 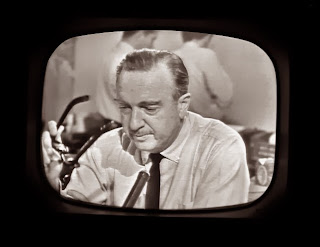 The news continued to reverberate through the halls of Douglass like a rising torrent.

"I was in Mr. Deering's Biology Class," remembers Thelma Watterson. "All the girls started crying. It was so sad."

"I was also in Mr. Deering's biology class," says Doris Calloway. "I don't remember the death being confirmed yet. I heard that on news when I got home."

Others remember news of both the shooting and the death coming from Professor Dobbins at the same time. Dr. Rosemary Gray was in the 11th grade at Douglass.

"I was in Mrs. Walls' history class when Mr. Dobbins announced over the public address system that President John Kennedy had been shot and killed in Dallas, Texas," she remembers. "Classes were dismissed early. No one was talking, but we all knew that he was killed because he was trying to help (black people)."

"We got our things from our lockers, and because we were from Gate City, we rode the school bus back to Virginia, many of us sad with tears in our eyes. We were bussed across the state line to Tennessee to attend high school because schools were segregated then. We were not allowed to attend school with white people."

"Our bus driver, Jack Anderson, was already (at Douglass), waiting on us so he must have been notified before the announcement, in order to have been there, as we all filed out of school on November 22, 1963. When I got home, my mother was already there- crying. We both cried and watched TV almost around the clock until his funeral."

"We were crying so much that my Uncle Hoyate Turner, Sr., got on us about it. I think we had a feeling that things were going to get worse for Black people because in a few years Dr. Martin Luther King, Jr. suffered the same fate: he was assassinated, too." 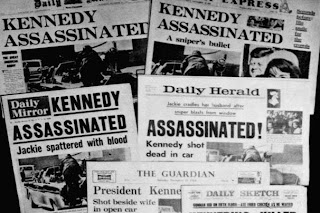 Outside of Douglass, the news of the Kennedy assassination went through the heart and soul of every African-American who heard it.

"I lived in White Plains, NY, I was 20 yrs. old," she says. "I had the TV on, and it said the President had been shot. I told my sister, she said 'not the President of the United States?' I told her it sounded like that is what it said. We started watching TV and they kept talking about it. After, I had to go out (probably to work) and it seemed as if it was so quiet. It was eerie, as if the world had changed. After returning home, that is all we watched on TV."

"I was at Clinton Junior College, in Rock Hill, S.C.," remembers Douglass Releford. "We were sitting in class when someone said the President had been shot. We were all in shock because we did not believe something like that could happen. We were all told to report to the chapel. We were then led in prayer and then everyone began to say their own prayer."

For Douglass graduates who were already raising families outside the community, the news was just as devastating.

"I had finished Douglass High School and Knoxville College and was married, living in Chattanooga. Tennessee with my husband Wallace," says Shirley Burnette Powers, a 1952 graduate of Douglass. "We were getting dressed to leave home to attend an engagement when it happened. We were too shocked to go."

"It was such a tragic thing to happen to President Kennedy."

UPON HEARING THE NEWS OF THE PRESIDENT'S DEATH 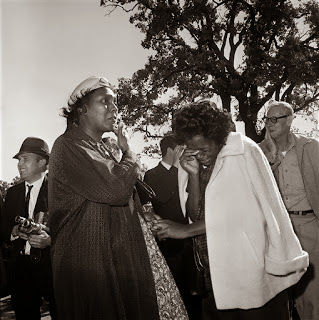 As the nation pauses to remember the 50th anniversary of one of the darkest days in American history, the full impact of the Kennedy assassination on the African-American community has been profound. Although President Kennedy had committed the United States to sending humans to the moon before the end of the 60's, he also embraced civil rights, and the Peace Corps, programs that positively affected black people. He was friendlier to African Americans than other presidents had been, and people thought he had done a lot in making positive connections with Martin Luther King Jr. When police in southern states responded violently to civil rights demonstrations, it was U.S. Attorney General Robert Kennedy, the president's brother, who dispatched federal troops to ensure the safety of black demonstrators.


FROM THE DOUGLASS SCHOOL ANNUAL, 1964 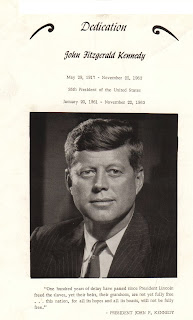 Because of that, most African-Americans hold special places in their hearts for President Kennedy and his entire family, almost as much as Franklin D. Roosevelt, because of his wife Eleanor and her championing the improvement of black life back in the 30's... and Abraham Lincoln, whose Emancipation Proclamation freed the black man from slavery during the Civil War.

Kennedy's benevolence towards minorities left a reverent imprint on the African-American community, and a special place in the hearts of black people, especially among the alumni of the Douglass School in Kingsport.

Shirley Powers sums it all up.

"We still keep his family in our thoughts and prayers."

FROM CHARLOTTE MAXWELL: I was in the 10th grade at Douglass and Mr Gill had everybody to come to the auditorium where the one televison that was there was put on the stage and everyone watched then we were sent home. It was on a Friday. I remember very well because that's the day my father stopped smoking.

Posted by douglassriverview at 1:07 PM