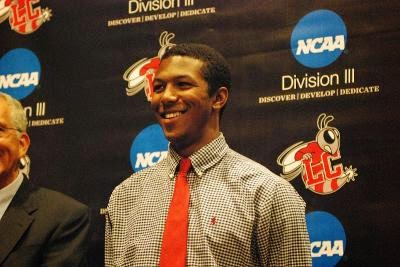 He had a storied career in goal for the LC men's soccer team.

As a freshman in 2010, he led the Hornets all the way to the NCAA Division III Tournament's title game, and earned the tournament's Defensive Most Valuable Player for his efforts.

In six games against the best opponents in the nation, he allowed just five goals. 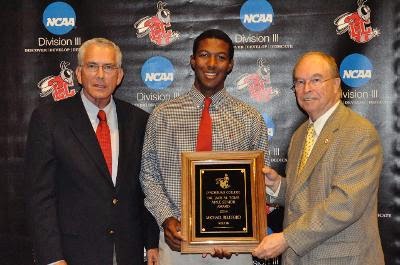 An All-ODAC and All-State first-team honoree in each of his three seasons, Releford was named the ODAC Player of the Year in 2012.

He also garnered first-team All-Atlantic Region accolades as a junior.
Posted by douglassriverview at 9:34 PM