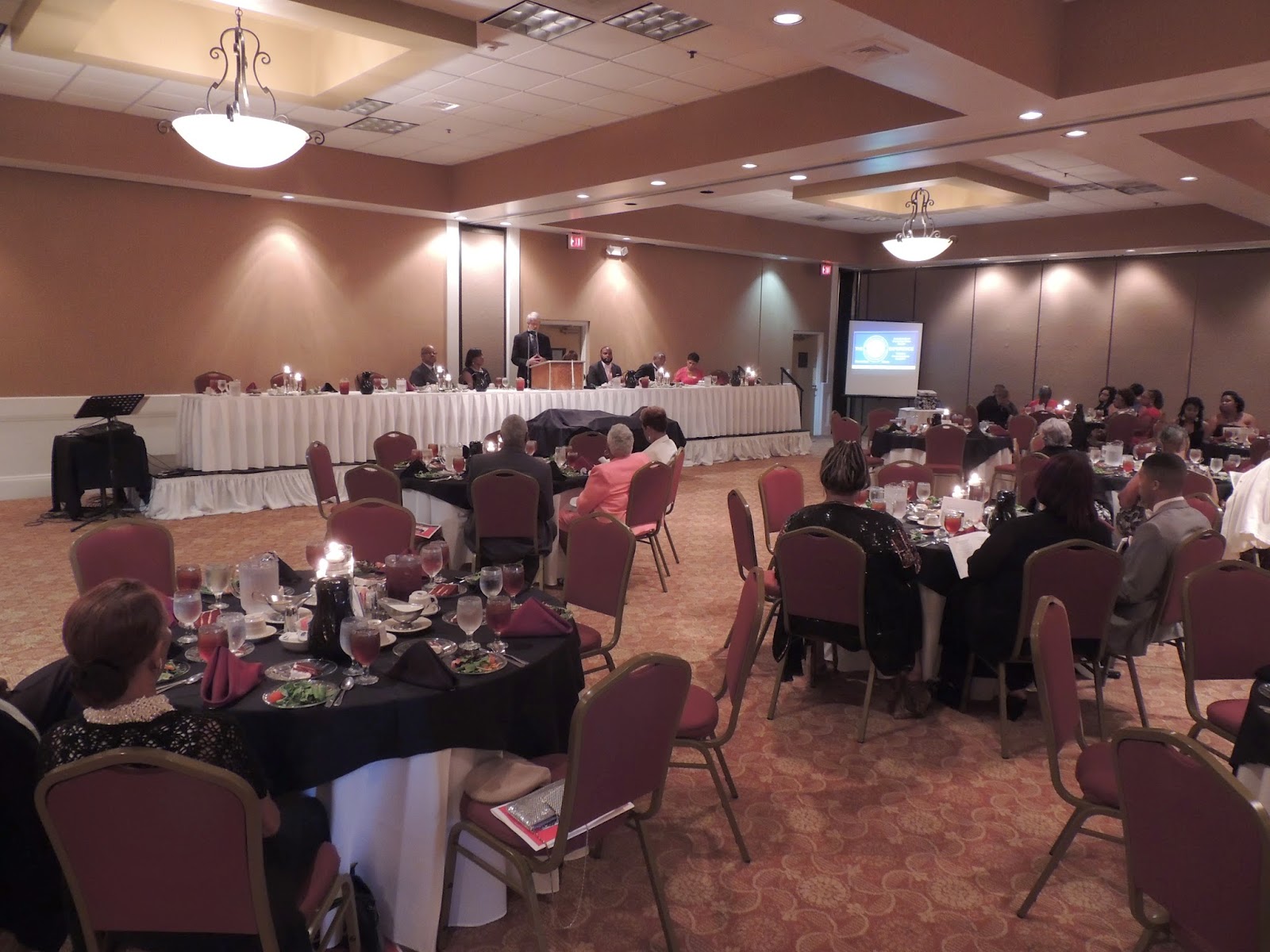 This past Saturday night, many of East Tennessee's African-American pastors, professionals and students gathered in Johnson City, to attend the 2014 DAPS Awards Banquet.

The banquet was held at the Holiday Inn Convention Center.
The awards are presented every year to "Distinguished African-American Pastors, Professionals and Students," which is what DAPS stands for. The awards recognize individuals, churches and businesses in East Tennessee who have made a difference in the community they serve, work and excel in.
AHERN, Inc. sponsors the yearly DAPS Awards, through its monthly "Fellowship Today" magazine, distributed in African-American communities from Chattanooga to Knoxville to the Tri-Cities and Southwest Virginia. 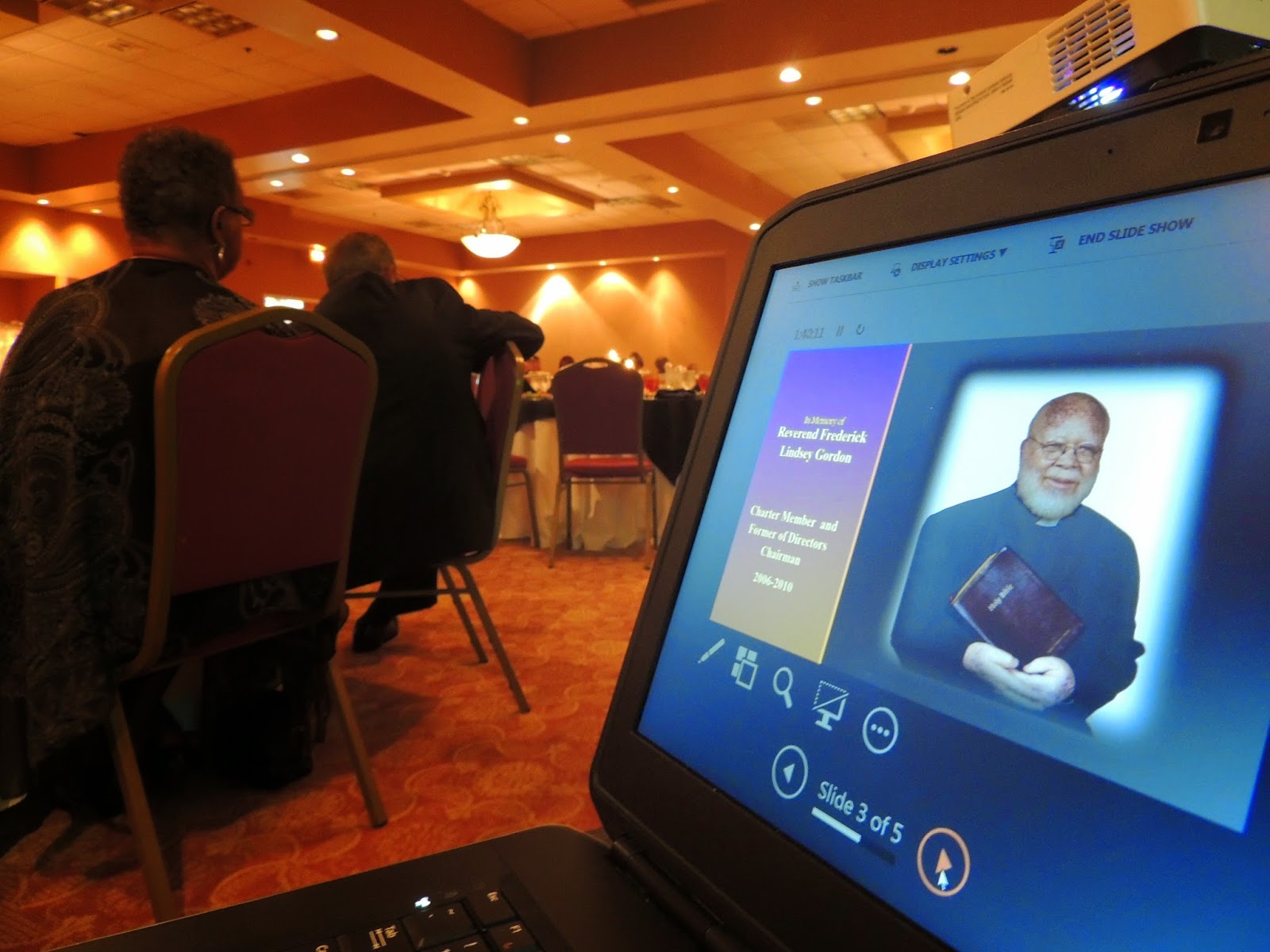 This year's banquet was dedicated to the memory of AHERN charter member and former Board of Directors Chairman Frederick Gordon of Brevard, NC, who passed away on May 4, 2013. Reverend Gordon's contributions to the organization and his friendships with members and people in the various communities were noted, recognized and remembered by the banquet attendees.

Featured soloist was Ms. Angelia Forby-Rodriguez and family. Ms. Forby-Rodrieguez is a member of the Full Gospel Mission #2 of Greeneville, TN, where she has served as Minister of Music, the church secretary and the church youth director. 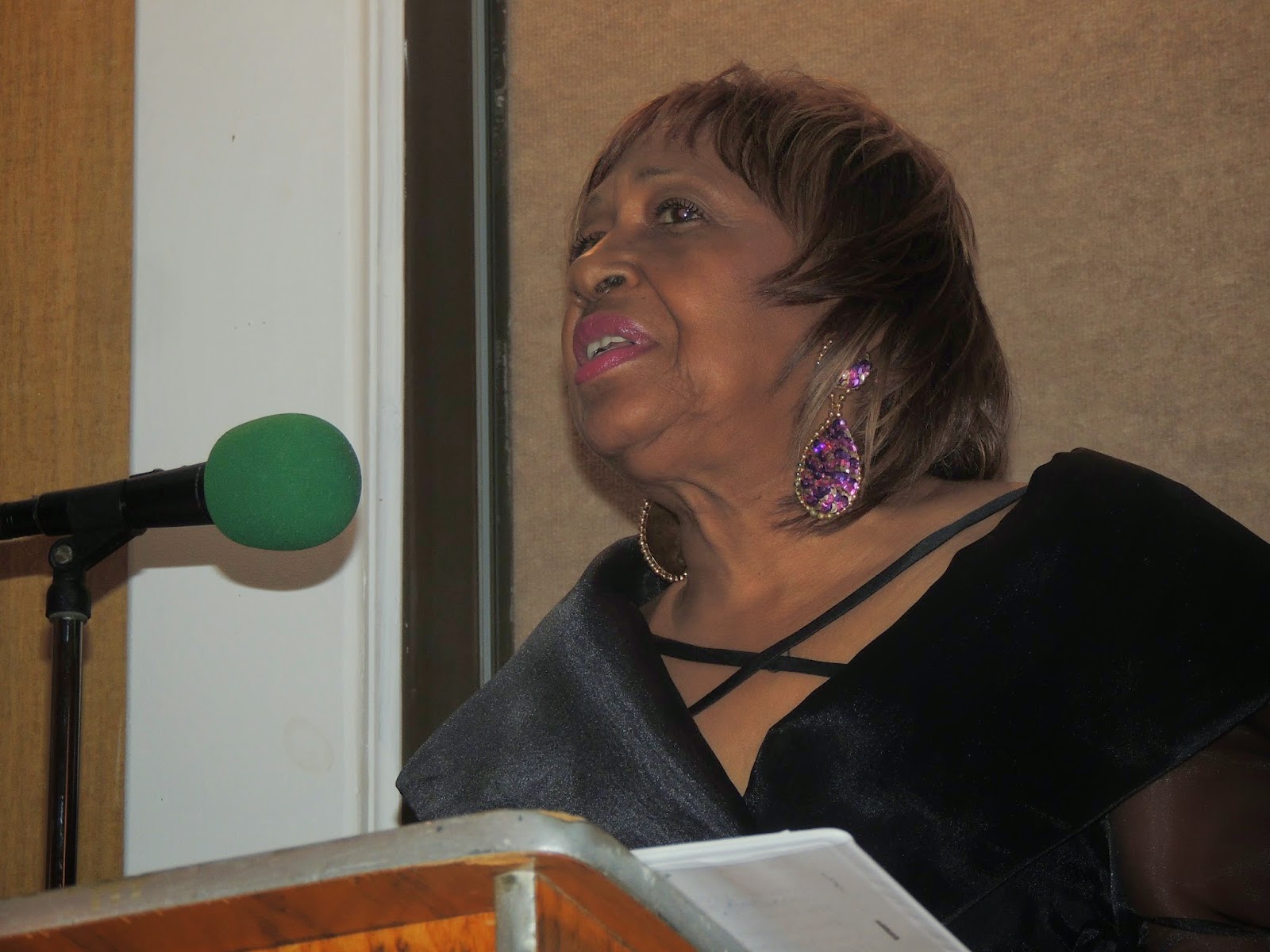 The theme of the DAPS Banquet was a call to action for the African-American community.
"Remembering and celebrating Historic Black Colleges and Universities" was the focus of the main address given by Dr. Angelia Forby-Rodriguez, a Morristown, TN native. After a stellar and rewarding career at various colleges including ETSU, Stillman College, Boston University, and other higher education institutions, Dr. Forby-Rodriguez currently serves as Vice-President of Student Affairs at Livingstone College in Salisbury, NC.
"HBCU's (historic black colleges and universities) are the road less traveled in today's society," she told the audience, "but they are wonderfully made, which makes them important in the education of Black America. If HBCU's did not exist, someone would be out there creating them right now. For years, they were the only avenue to education for African-American youth. Our cultural heritage comes from them, and our future rests with them."
Dr. Forby-Rodriguez pointed out how HBCU's have graduated distinguished historians like Oprah Winfrey and Dr. George Washington Carver. "The value of historically black colleges and universities is magnified by the worth of the students who learned from them, and launched professional careers after attending them. HBCU's contribute $15 million dollars annually to the U.S. economy. They build the AFrican-American spirit, itself, a force for the future." 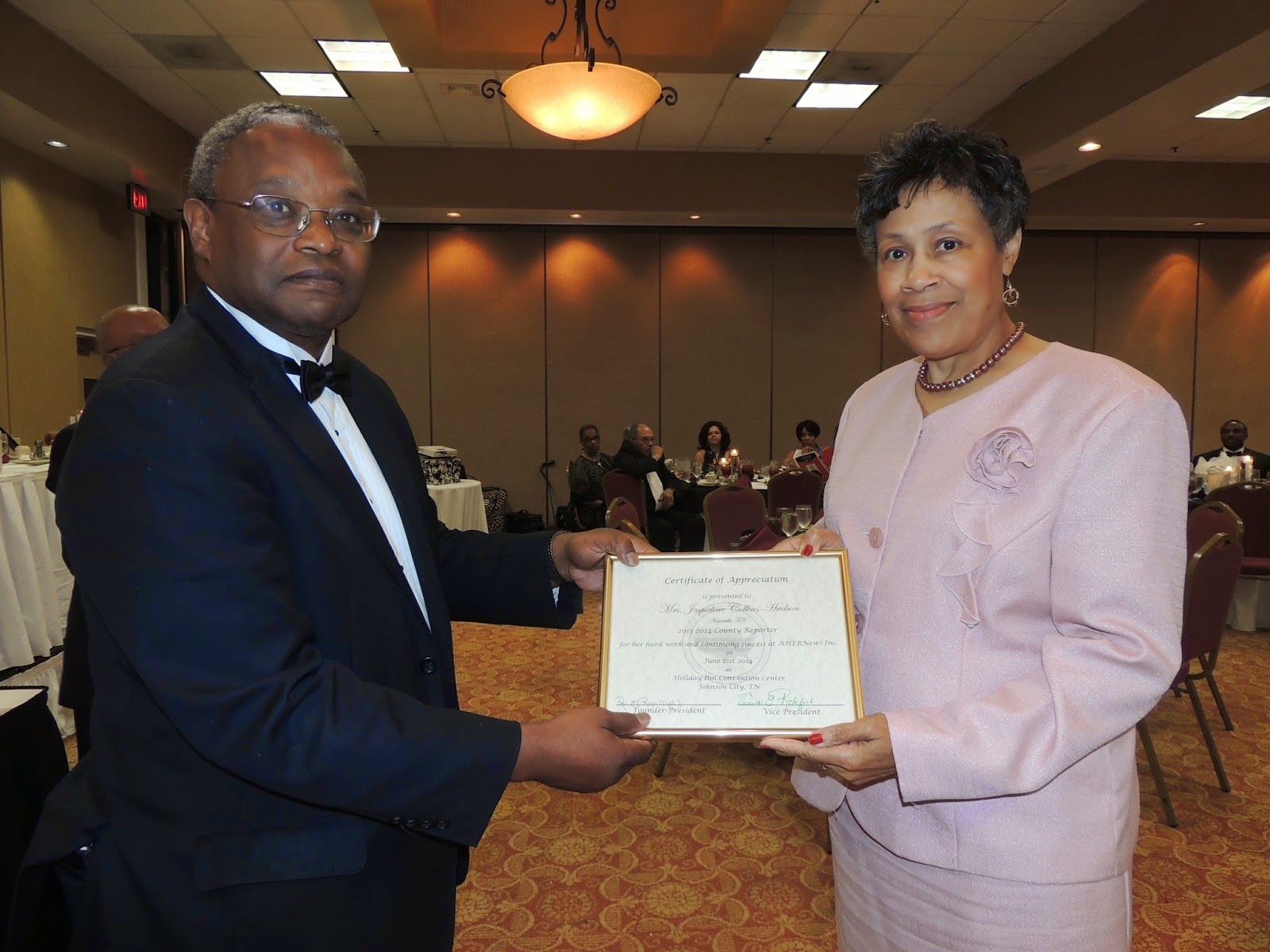 The highlight of the evening was the presenting of yearly AHERN, Inc. President's Awards and the AHERNews Publisher's Awards.

Nominated for Board of Directors Director of the Year were Dr. Angela Radford Lewis of Johnson City, TN... Rev. Cecil C. Mills, Jr. of Greeneville, TN...and Ms. Angelia Forby Rodriquez, also of Greeneville, TN. The 2014 winner was Rev. Mills.
Nominated for AHERNews Salesperson of the Year were Rev. James Billings of Morristown, TN... Elder J.W. Dukes of Knoxville, TN... and Rev. Pamela L. Hoard of Church Hill, TN. The 2014 winner is Rev. Billings.
AHERN, Inc. Student of the Year candidates were Deja Chapman of Greeneville, TN, a 2014 Greeneville High School graduate, and Dontae Johnson of Knoxville, a 2014 Austin-East High School graduate. Ms. Chapman is the 2014 Student of the Year, with Mr. Johnson, the runner-up. 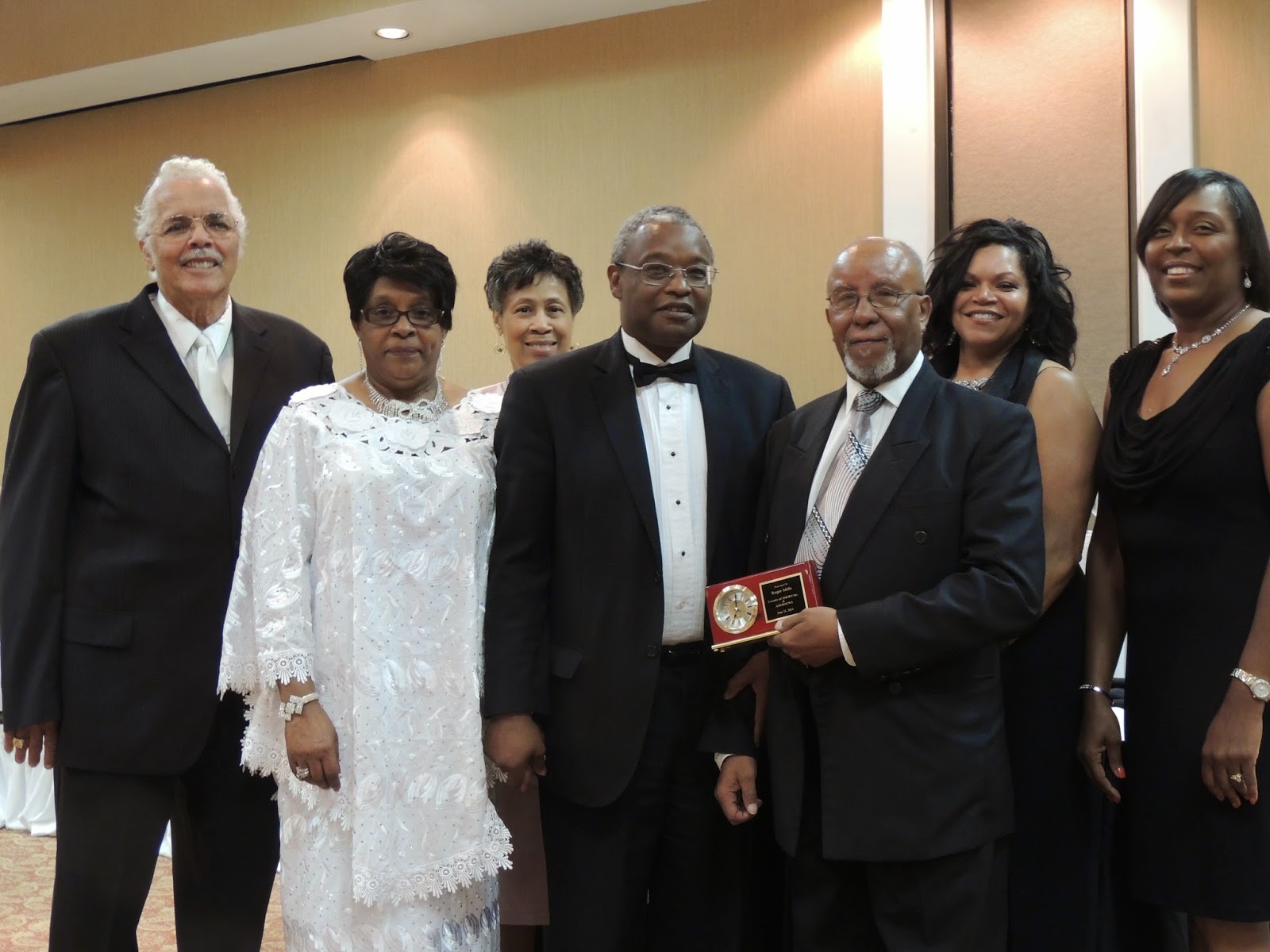 As AHERN, Inc. founder-president and publisher of the company's "Fellowship Magazine," Rev. H. Roger Mills, Jr. was also presented with a special gift from the organization's Board of Directors, for his tireless efforts to keep the organization and the magazine in the forefront of community ministry in East Tennessee and 15 states.

As stated in his message to those attending the banquet, Rev. Mills said "how well we support and embrace our African-American leaders and youth will determine the fure of our communities and our nation. The enlightenment of our African-American students, professionals and clergy will help ensure better lives and higher morals, ethics and values. Those who serve in various capacities by offering thousands of hours of their time and talents, deserve the praise, thanks and cooperation of our people."
"We embrace the proposition that 'Education paves the path to Leadership.'"
PLEASE CLICK ON THE LINK BELOW TO SEE A SLIDESHOW OF THE 2014 DAPS BANQUET
Created with flickr slideshow.
Posted by douglassriverview at 8:54 PM