Douglass Alumni Fundraiser: "Winging" It with Something Deliciously "Fishy!" 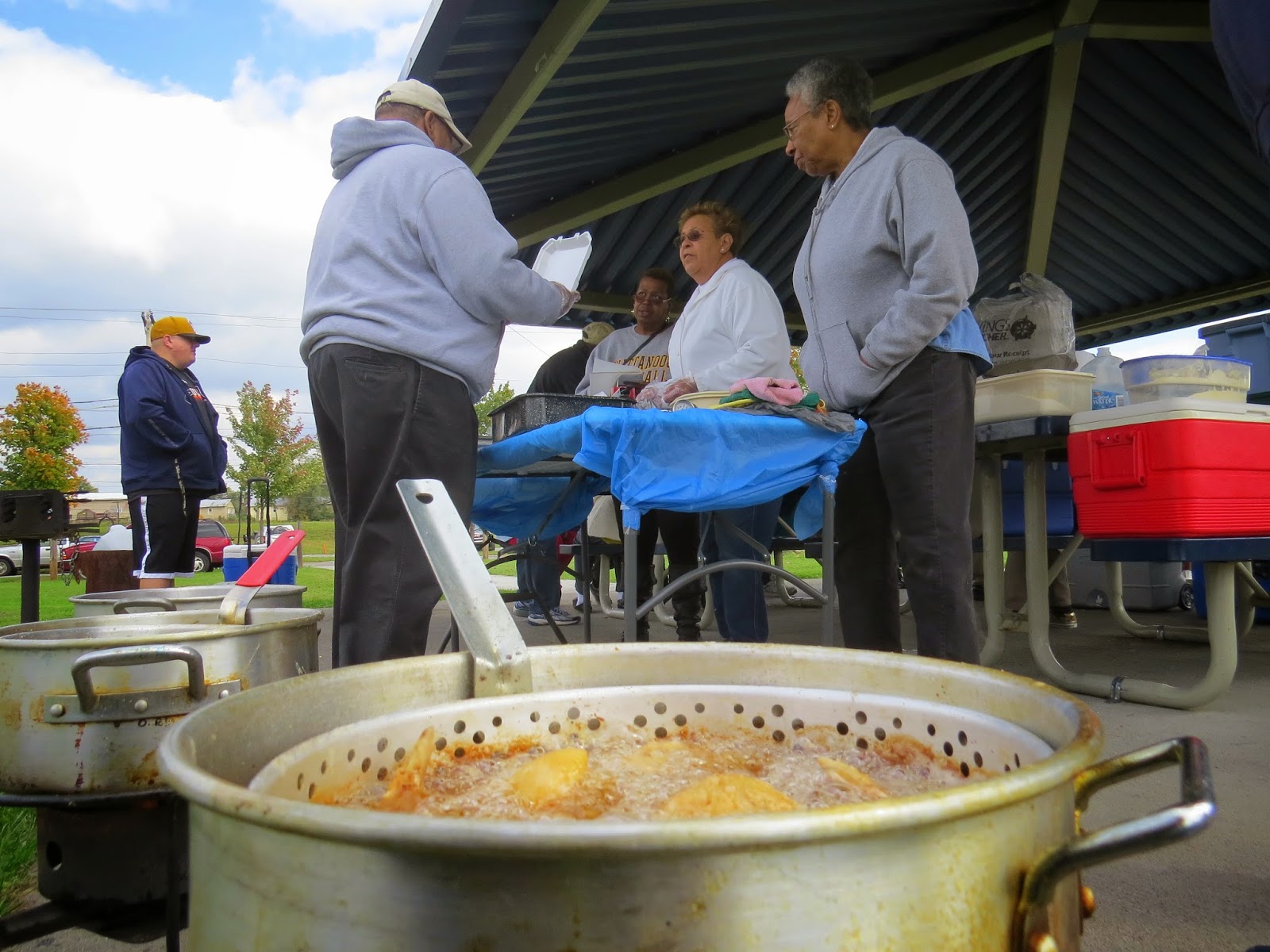 Friends, neighbors and Douglass alumni, all of them hungry, stopped by the Douglass ballfield on Saturday, October 19,2014, to fill their tummies and help a good cause at the same time.

It was a late summer fundraiser for the Sons and Daughters of Douglass Alumni Association.

Folks feasted on delicious whiting fish, fried to a gentle, tender, delicate condition by master chef Andrew Watterson, and served either as a sandwhich, or with baked beans, potato salad and cole slaw as a dinner.

So many people asked for chicken wings at the last fundraiser, that fresh wings were also fried up and served as either a sandwich or dinner.

Soft drinks and cool water were also offered on the side, along with cupcakes baked by alumnus Judy Blye. 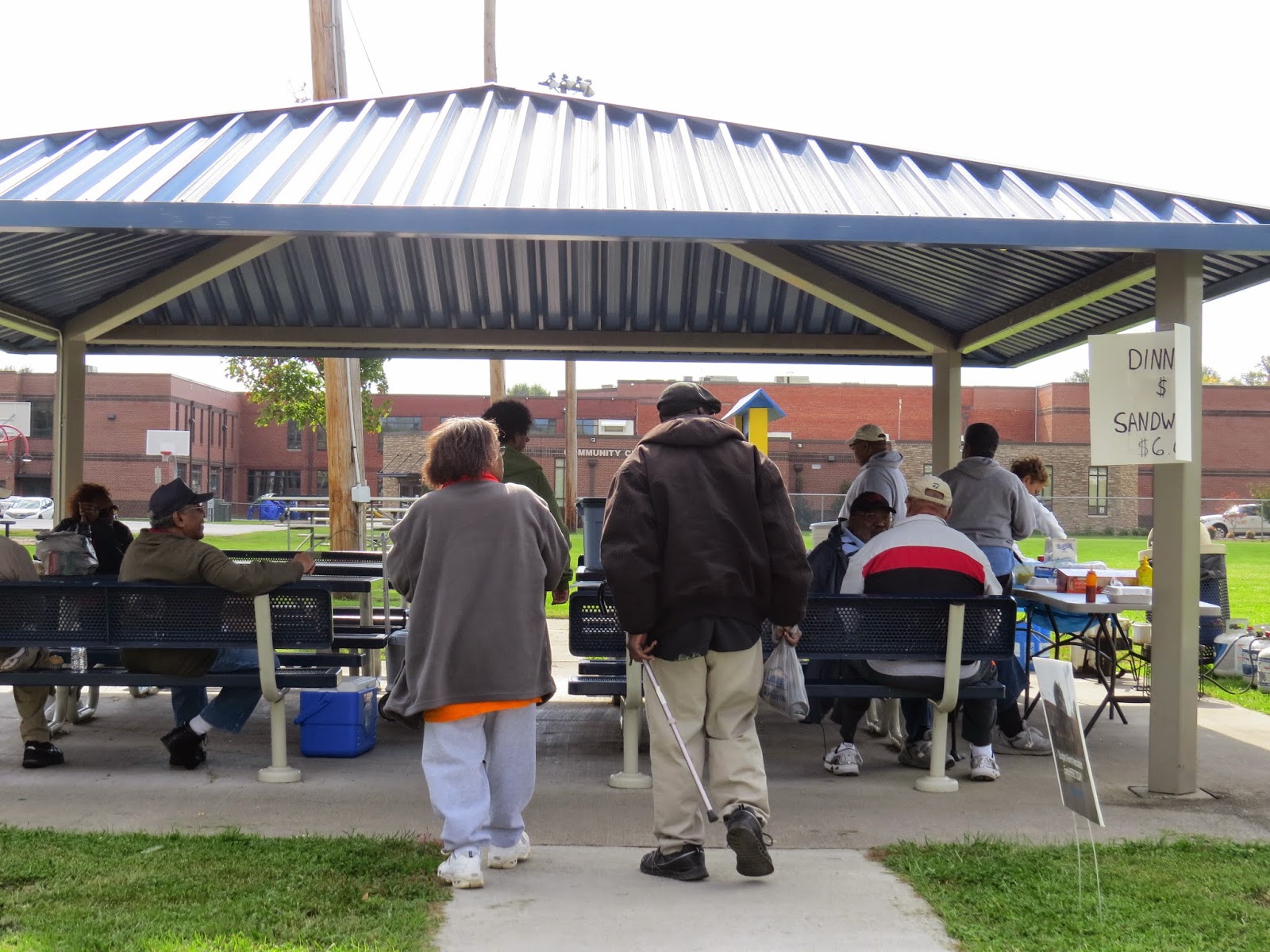 The kick of a breezy wind did not cool down spirits of folks, who just put on something extra to block out any chill, but everybody left happy....

We had previously warned folks to come early and come often, and as predicted, the food ran out about 4 PM (after an 11 AM start).  As things were being packed up, folks were still walking up, needing those fish and chicken wings.

A big, hearty THANKS to everybody who stopped by.  The fellowship was wonderful!

Proceeds from the fundraiser go to further programs, scholarships and day-to-day activities of the Sons and Daughters of Douglass Alumni Association of Kingsport, a non-profit charitable corporation chartered by the Tennessee Secretary of State's office and designated a 501 (c) 3 charity by the Internal Revenue Service.

MORE PICTURES FROM THE FUNDRAISER BELOW!