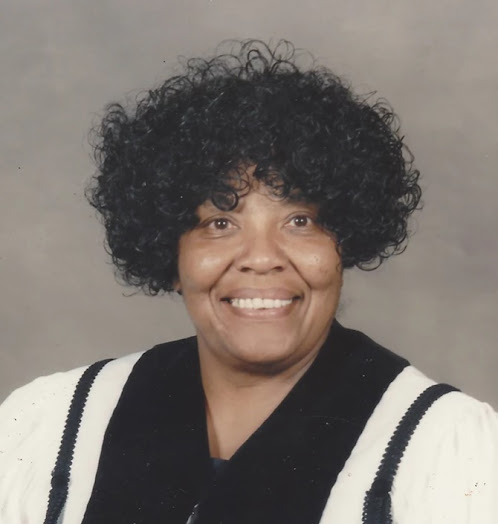 “Miss Patsy” of 849 Dale Street in Kingsport was

joyfully welcomed to her heavenly home on

Pastor Swagerty was the founder of the Full Gospel Mission Churches in Kingsport and Greeneville, Tennessee. She was also the founder of The Kitchen of Hope in Kingsport, Tennessee in 1996.
She established the Co-op grocery store for the community, was supervisor of the first black American Girls Club, and was a former employee of the Riverview Parks and Recreation Center under the leadership of Gabe Prescott.

She started the first African-American girl's softball team in Kingsport, the “Angels.” She also arranged for the counseling of all teenage children during integration and made provisions for students at Dobyns-Bennett High School in 1973. She organized the first community choir that was comprised of different denominations in the Kingsport area.
Pastor Swagerty also had a love and enthusiasm for young people and introduced several of them to actress Cicely Tyson back in the 1970's while she was visiting ETSU. She had a heart for others and ministered to those in prisons and chartered buses to sing and preach the Gospel in many states and cities throughout the United States.   She served her community dutifully and with tremendous honor, in exceeding generosity.

She was devoted to being an exceptional visionary. She was a dedicated woman to her family of 5 generations, which is unmatched.
She accomplished many great things during her lifetime and was awarded many honors including the Oprah Winfrey Women of Strength Award, the Outstanding Service Award from the South Central Kingsport Community Development Corporation, AHERN's Distinguished Service Award-Minister of the Year, and a City Proclamation of Geraldine Swagerty Day, September 22, 2019, by Mayor Pat Shull.

Pastor Swagerty was the most caring, loving mother and grandmother you could imagine!

Pastor Geraldine Swagerty will be Greatly missed by all who knew Our Queen and Love!!!

In lieu of flowers, please send donations to the Swagerty Family at 849 Dale St, Kingsport, TN 37660.

Services for Pastor Geraldine Swagerty will be conducted Saturday, February 13, 2021, at 2:00 pm from the Central Baptist Church.   The family will receive friends from 1:00 pm until the hour of service.
Burial will follow at the East Lawn Cemetery, Kingsport, TN.
Care and service of Pastor Swagerty and family is entrusted to the Clark Funeral Chapel and Cremation Service, Inc. of Kingsport, 423-245-4971.

Posted by douglassriverview at 9:11 PM