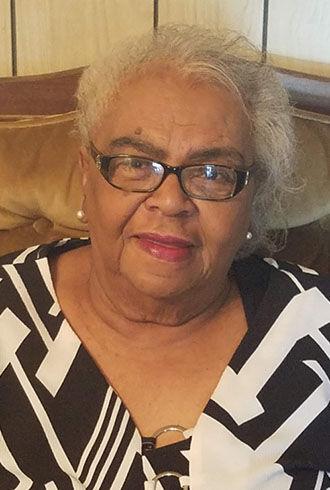 Barbara Jean Clark, 87, departed this life peacefully on Thursday, April 8th, 2021 and is now in the presence of the Lord.

A native of Bristol, Tennessee, Jean, affectionately known in the Riverview community as "Mama Jean", was Martin and Mary Lyons' daughter.

Jean was a Christian and a faithful member of the Central Baptist Church, Kingsport for more than 50 years, serving in many church ministries.  She retired from Sears, Roebuck and Company.  Jean was a devoted wife, mother, sister and friend.

In addition to her parents, Jean was preceded in death by her husband, James Henry Clark, Jr.;  daughter, Kimberly Jeanne Clark;  one sister, one brother, five sisters-in-law and six brothers-in-law.

Services for Mrs. Barbara Clark will be conducted on Saturday, April 17th, 2021 at 1:30 PM from the Central Baptist Church in Kingsport.

The family will receive friends from 12:30 PM until the hour of service.  Pastor Perry Stuckey will be officiating.

Posted by douglassriverview at 3:45 PM