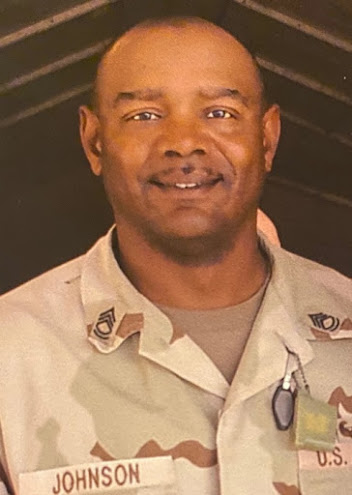 SFC William F. Johnson of Kingsport, TN, passed away unexpectedly at his home after a brief illness.

William resided in Kingsport for most of his life, where he was employed by Ballad Health and often assisted with the Dobyns-Bennett track and field program. He was a war veteran with more than 20 years of active military service, including two tours in Afghanistan, before retiring.

William was an amazing person who will be sadly missed by all who knew and loved him. He will live on through the legacies of his child and grandchildren.

He is survived by his daughter, Brittany Johnson Vaughn and her husband Jay;  grandchildren, Cooper, Emmy, Jameson, and Lincoln;  sister, Gail Burr;  and many aunts, uncles, nieces, nephews and cousins.

Graveside services for SFC William F. Johnson will be conducted Monday, April 12, 2021 at 11 AM at the VA National Cemetery, Mountain Home, TN.

The family will receive friends at the home of William's aunt, Dorothea Johnson.

In lieu of flowers, please make donations to the Bethel A.M.E. Zion Church in Kingsport, TN.

Posted by douglassriverview at 10:10 AM