The Ebony Club Is Coming Back! All African-American Students Welcome To Join! 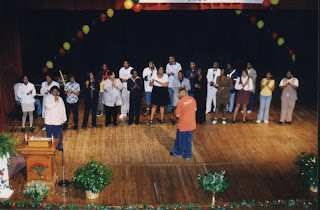 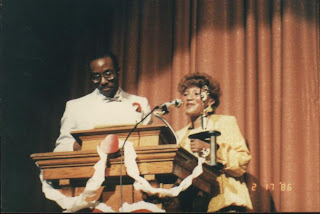 
One of the most influential clubs in Kingsport's African-American educational community is making a comeback.

After a short absence, the Ebony Club, an organization that shaped the lives of many African-American students at Dobyns-Bennett High School, is coming back, in an effort to remind our young people of their historic past, as well as give them positive guidance for the future. All African-American students at D-B are urged to join this worthwhile organization, and parents are urged to get their children involved in a positive influence as they get ready to meet the REAL WORLD!

The positive influence of the Ebony Club has been evident in former members like Ms. Jocelyn Mills Lyons, the first African-American Principal of a Kingsport City School (John Sevier); Teddy Gaines, the D-B, University of Tennessee and San Francisco 49ers Football Player, now a teacher at John Sevier and assistant coach at Dobyns-Bennett; and well-known author Jeffery Faulkerson, whose soul-searching book "Raising My V.O.I.C.E. (Verbalizing Orderly Impressions through Creative Endeavors)" is coming to a bookstore near you. Watch for stories on these former Ebony Club members in the coming days on the Douglass website!

"Our Ebony Club met once a week," Mr. Faulkerson, a past president of the Dobyns-Bennett Ebony Club says, "to talk about what it means to be black in Kingsport. Through our advisors, teacher Dawnella Ellis and her mom Virgealis, a D-B Guidance Counselor, we learned to have pride in ourselves and to set positive goals in our lives. The positive seeds that were sown in our lives made us respectful of where we came from, and focused on the future, which wasn't as fearful as we first thought."

Since its earliest beginnings back in 1974 and its first Fashion and Talent Show, the Ebony Club, under the direction of its first D-B sponsor, Ms. Elizabeth Dudney, has made outstanding contributions to the community, with yearly themes like "BLUEPRINT FOR SURVIVAL" in 1982.. "BLACKS IN THEIR STRUGGLE FOR EXCELLENCE AND EDUCATION" in 1984.. "AFRO-AMERICAN FAMILY: HISTORIC STRENGTH FOR A NEW CENTURY" in 1985, "THE AFRO-AMERICAN AND THE CONSTITUTION" in 1989, "EMPOWERING AFRICAN-AMERICAN ORGANIZATIONS: PAST & PRESENT" IN 1994.

"Right now, a lot of African-American students at Dobyns-Bennett may not really understand their heritage in Kingsport that includes Douglass," Mr. Faulkerson says. "There's a big disconnect between Douglass High School and Dobyns-Bennett High School.. Douglass is a part of their history that they need to understand and then pass it on."

Students that are interested in joining the Ebony Club, should contact Asssistant Principal Eric Lyons at Dobyns-Bennett; Coach Teddy Gaines or Principal Jocelyn Lyons at John Sevier Middle School, or Dawnella Ellis at home on East Sevier. All are former members of the Ebony Club.

SPECIAL NOTE: When the Ebony Club starts back up, you'll find its activities and achievements posted on the Douglass Alumni Association website. There's also an effort to have Ebony Club Alumni Reunions, similar to the Douglass Alumni Reunions. The young people of the Ebony Club are the NEW "Sons and Daughters Of Douglass," that are sent out into the world with positive attitudes and goals to achieve.. to hopefully someday return home to Riverview and South Central Kingsport as scholars and influential citizens, able to pass on the Douglass Family Spirit that they, and we all, were raised with.
Posted by douglassriverview at 12:32 AM