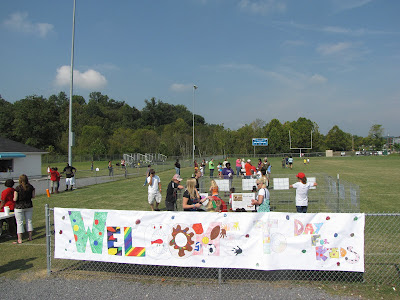 Although kids could claim Saturday, September 15th as their day, it was indeed a "Day for Kids" at the Kingsport Boys and Girls Club.

More than 100 area children from elementary to high school took part in the event, sponsored by and held at the Kingsport Boys and Girls Club on East Stone Drive. 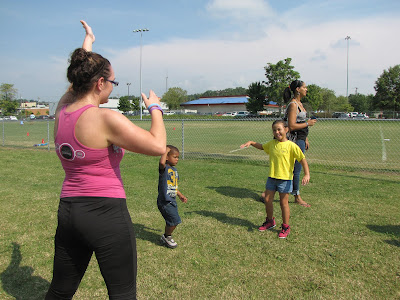 Click here to see pictures from the Boys & Girls Club Day for Kids.

"It was held inside the building last year," says Stella Robinette, whose H.O.P.E (Help Our Potential Evolve), partners with the Boys and Girls Club on several events. "This year, it was brought outside to accomodate the bigger activities for the kids. It also gives the kids a lot more opportunity." 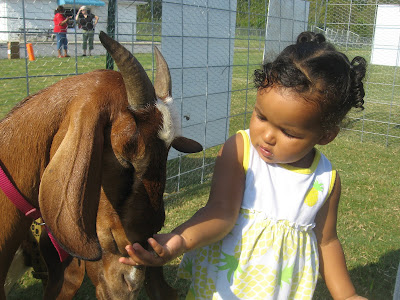 One of the most popular events was the petting zoo from the Copper Creek Ranch and Heritage Farm. Many of the children had never seen a goat up close, and initial fears turned to squeals of delight. The farm also brought grownup and baby rabbits, and a tom turkey who strutted his stuff around like the king of the barnyard. 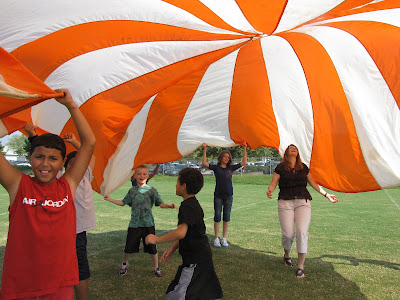 One part of the event proved to be an attention-getter. Whenever kids were needed to wave the big orange and white parachute high into the air for everybody to run under, it usually brought every child on the field. There was also bingo for the kids, face-painting, Zumba, and races. Kids were also treated to popcorn, giveaways and drawings. 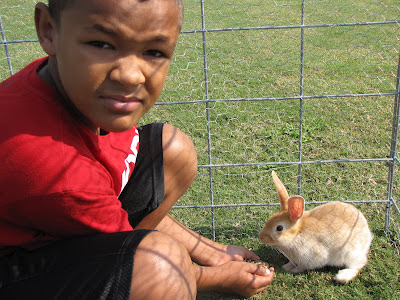 "The event is definitely bigger than last year," says Stella. "I think the word got out to a lot of parents about how much fun the kids had, and the fact it was being held outside this year on such a beautiful Saturday, proved to be a good for excercise for them."

Posted by douglassriverview at 8:31 PM