Valentine's Day and the "Love" for Riverview Soul Food

It's no secret that Valentine's Day should be called "Love Day."

At any given restaurant, couples are pledging their affection for each other, often celebrating their love also, for the food at their favorite bistro. 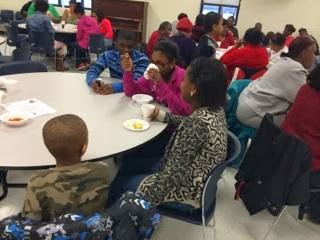 So what does Kingsport's annual Soul Food Dinner and Valentine's Day have in common?

"People who had never had genuine, home-cooked soul food got a chance to fall in love with it at the Soul Food Dinner," says Johnnie Mae Swagerty. 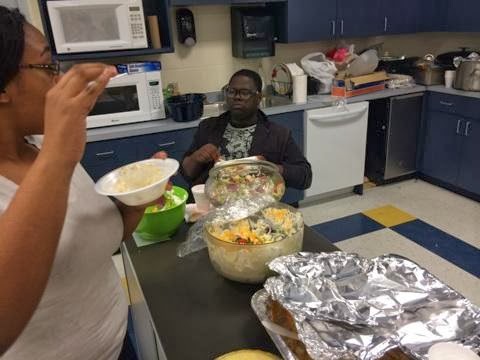 Swagerty and others hosted the dinner on Valentine's Day, Friday, February 14, 2014 in the Riverview Community Room at the V.O. Dobbins, Sr. Complex in Kingsport. The event is a staple of the city's Black History Month commemoration.

"It was good to see people come in and have fun with people they hadn't seen in years," Swagerty says. "We do this as a way to keep the fellowship going in the community, like our mothers and fathers used to. It is the food of the past and the present."

"Everybody had a good time." 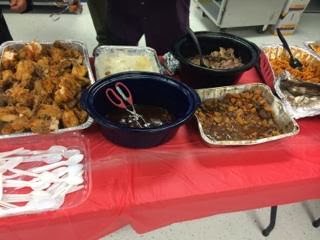 And then... there was the menu. All of the food homemade by local restaurants, different churches..

And the people of Riverview.

All of it free of charge.

"Almost anything you could imagine," says Swagerty, "we had it here." 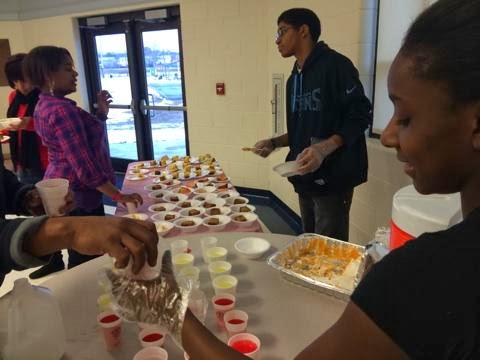 Probably the biggest welcome went to 3 vanloads from a church in Kingsport, full of people who had never sampled true, home-cooked soul food.

"Those folks came just for the chitlin'," Swagerty says. "Everybody wanted chitlins', chitlins', chitlins'. It was many of them's first time ever having them. Everybody loved them and we ran out of them quickly. They were all gone before we knew it. They thought the deer meat was stew beef and roast. Even the different nationalities who stopped by, were surprised at how much they like chitlin's and deer meat."

"They cleared that up quick and I mean, they ate everything." 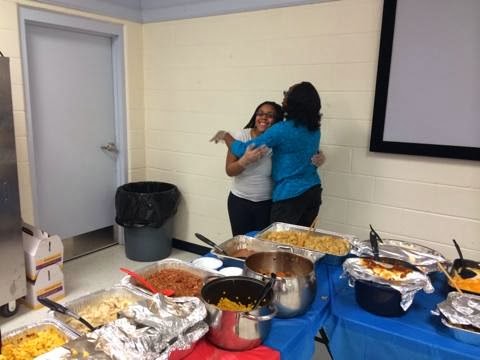 Plans are already in the works to expand the dinner for Black History Month next year. "Next year, we'll include homemade spaghetti, and of course chicken and chitlins'. This event just gets bigger and better every year and folks are starting to look forward to it and ask about it. Folks who help us cook the food also plan for it."

The annual Soul Food Dinner is sponsored by the New Vision Youth, the South Central Kingsport Community Development Corporation, the Kingsport Housing and Redevelopment Authority, the Riverview Residents Association, and the Riverview Boys and Girls Club."

And Swagerty says, "a special shout-out to the people of Riverview who help us with it every year."

A SLIDESHOW OF PICTURES FROM THE SOUL FOOD DINNER IS BELOW