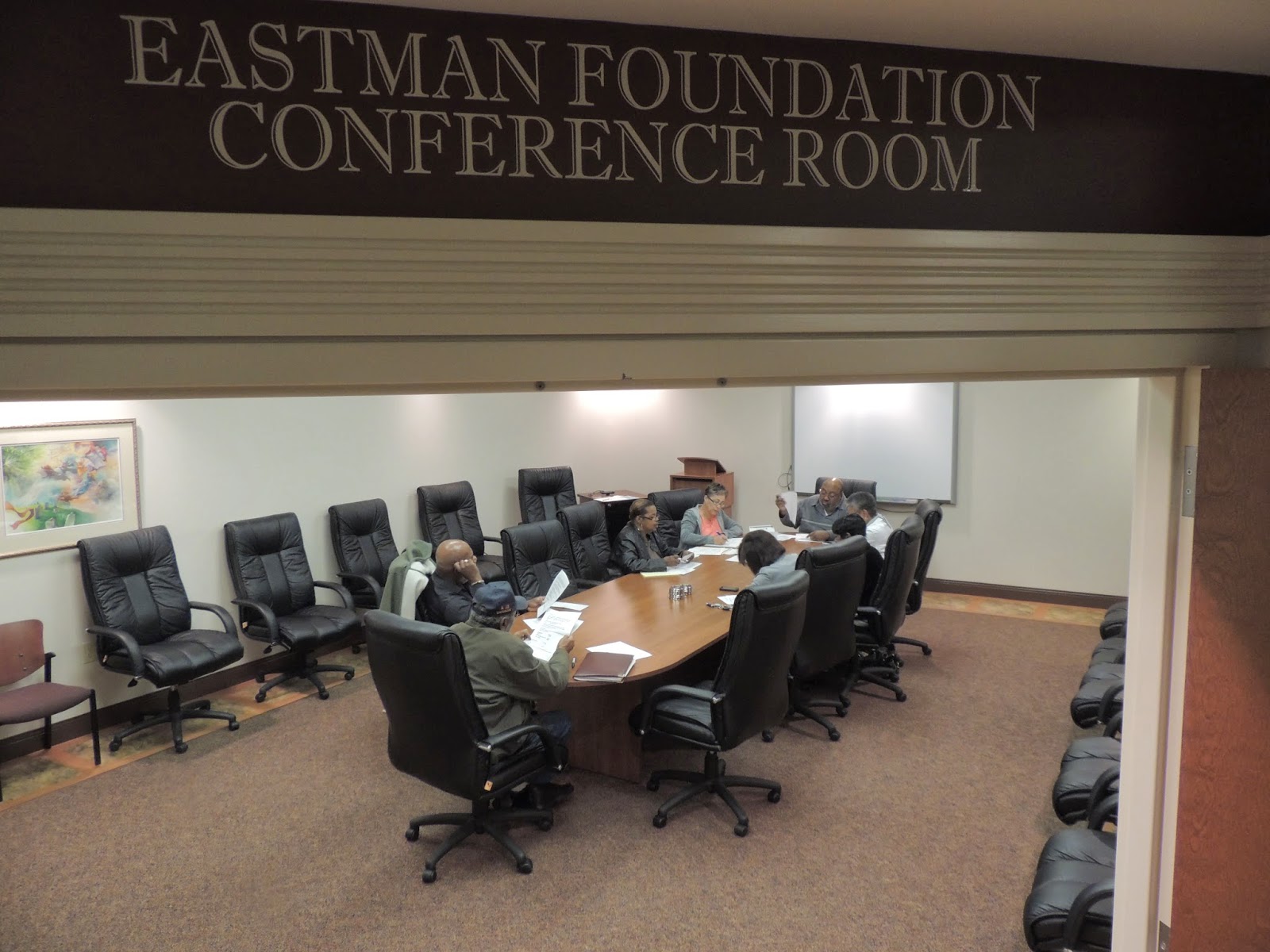 Alumni members are urged to make sure their addresses are current with the alumni office. If you live in an apartment, make sure we have your street address and an apartment number on file.  Please send current addresses to:  Sons and Daughters of Douglass, Ste. 104, 301 Louis Street, Kingsport, TN 37660
Doug talked with Dobyns-Bennett Band Director Lafe Cook, who thanked the Sons and Daughters of Douglass for their $500 contribution to the DB Band's trip to Pasadena and the Rose Bowl Parade. The school was able to take all the band members to play in the parade.. only one or two members were ill and could not make the trip.. other than that, everybody went. The city of Kingsport did not spend any money for the trip.. it was totally furnished by contributions like ours and donations.
Andra Watterson attended the V.O. Dobbins Sr. Complex's tenants meeting back on Feb. 14th. The building's tenants are encouraged to get to know their neighbors in the building, and any problems or concerns, contact Parks and Recreation, the administrators of the building. Make sure that all doors are locked at all times.. April 16th will be Good Friday.. the building will be closed to the public on that day for the Easter commemoration.
SPECIAL NOTE: People who owe money on the dishclothes are urged to pay their monies in full. During the alumni association dishclothes fundraiser, all 120 dishclothes were sold at $2.00 apiece, and some money is still outstanding. Discussed at the meeting, is a re-order of dishclothes since they seem to be popular items among the alumni who bought them. 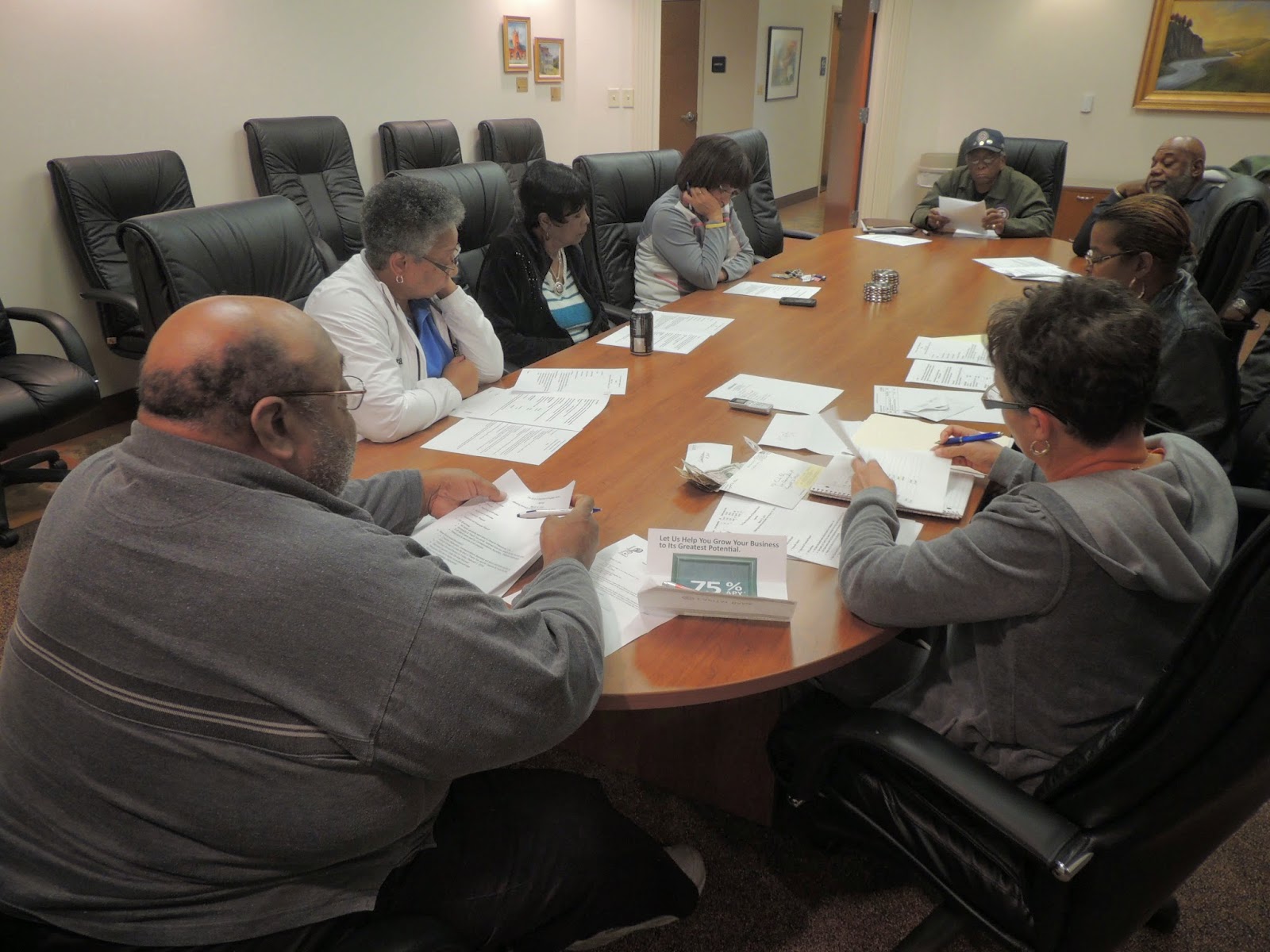 Doug mentioned the Chamber of Commerce's monthly breakfast at Meadowview. Different companies sponsor a continential meet and greet just before the day's work begins. Any board members wanting to attend, can.
The Kingsport Chamber of Commerce's annual banquet was well represented by the Sons and Daughters of Douglass. Wallace Ross, Jr. commented on the really nice table provided for our group, which was located practically in the center of the banquet room at Meadowview. "We were blessed to have an excellent table location for the second year in a row," he reported to the group. Doug echoed that sentiment, that, "a small organization like ours was so honored. Our table was right next to WKPT-Holston Valley Broadcasting. The banquet was sold out, and a packed house. We met a lot of business executives who stopped by our table to say hello."
SPECIAL NOTE: 2014 alumni membership dues are due now. Dues are not going up this year, so all members are urged to send in their $25.00 membership fee in as soon as possible. Alumni who have memberships will note that they are good for this year, but please send in this year's dues. Our organization uses the dues for the operation of our office and programs.  Please send your 2014 dues to:  Sons and Daughters of Douglass, Ste. 104, 301 Louis Street, Kingsport, TN 37660.
Wallace asked that upcoming events be posted on the Douglass website calendar. Calvin said he would start listing events on the calendar.  Wallace also asked about viewing past pictures on the website, with the picture server asking for a password. Calvin said that because of the new pictures server the website was compelled to switch to, past picture albums from Webshots are having to be reloaded onto the new Flickr server one picture and one group at a time. Currently, there are between 8.000 and 9,000 pictures to be transferred over that date back from when the website began in late 2006 to early 2012, and the arduous task of reloading them has begun. An article to this effect was posted on the website last year to tell website readers about the switch, and the note was also emailed to alumni who subscribe to the website's mailing list.
Calvin also mentioned a new audio service that he is working on, in conjunction with Chassie Smiley, V.O. Dobbins administrator for the Kingsport Parks and Recreation Department, and the Kingsport Office of Cultural Arts. The project involves selecting noteworthy items, artifacts and areas of the V.O. Dobbins,Sr. Complex, also known as the Douglass Elementary/High School, and memorializing them them in audio recordings. Visitors to the building can call a local number, punch in the code at the particular item, and listen to the recording talking about that item or area. Items under consideration include the teacher's bench in the Dobbins courtyard, the bust of Frederick Douglass and the Douglass athletic trophies, in the Douglass Community Room, the old school gymnasium, the auditorium where the non-profit tower now stands, and other items and areas of the former school. The audio program is in use already at various sculptures around Kingsport, and now the idea is being instituted at V.O. Dobbins.
If you have pictures and news to share with the alumni and the Riverview Neighborhood, please email your items to: douglassriverview@gmail.com

NEXT BOARD MEETING, SATURDAY APRIL 26TH, 2014 AT 1 PM, IN THE EASTMAN BOARD ROOM OF THE V.O. DOBBINS, SR. COMPLEX TOWER.
Posted by douglassriverview at 10:29 PM