New Riverview Neighborhood Director: "Helping Out the Community is Most Important" 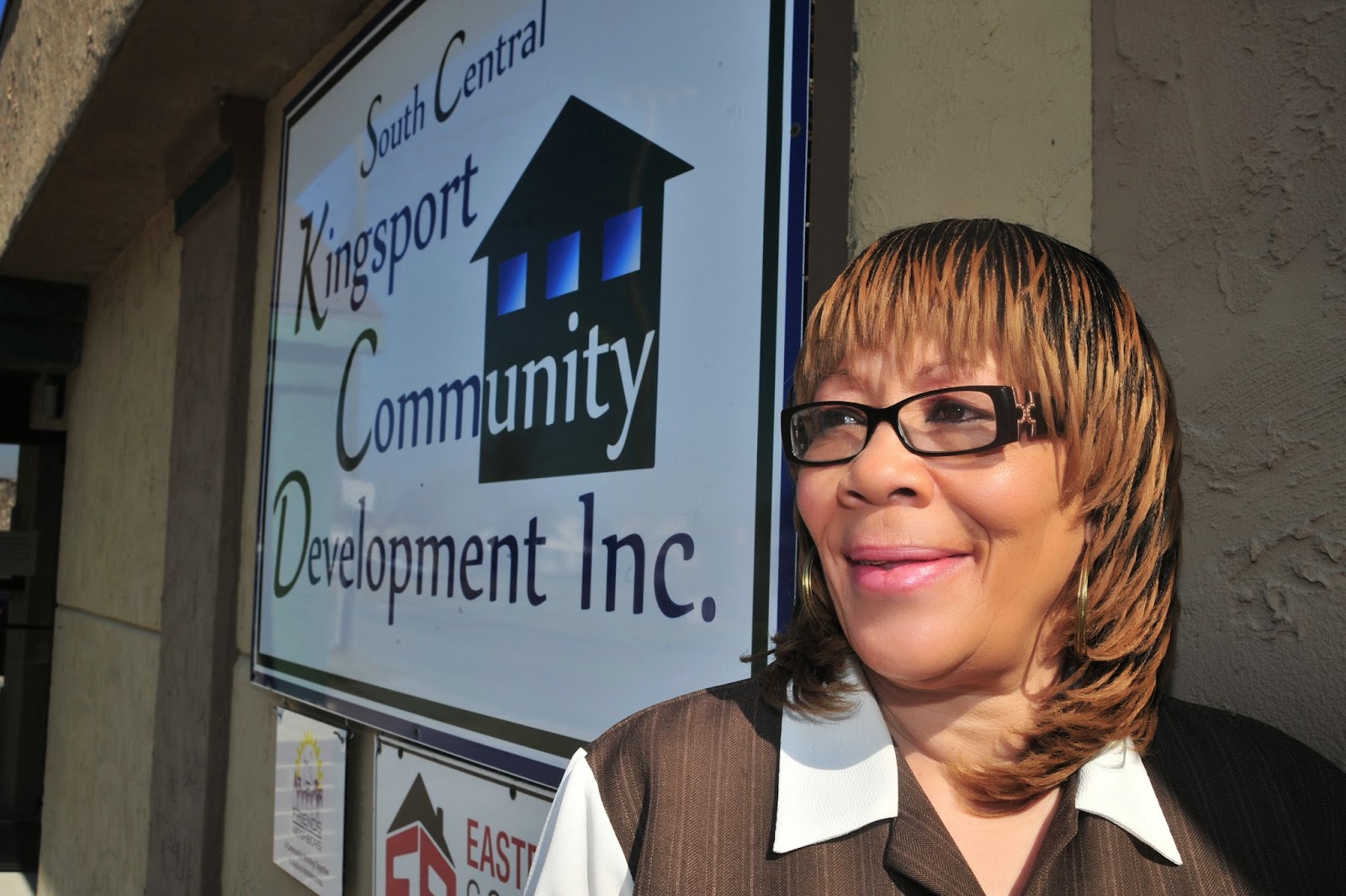 "Helping out the community is what it's all about."

With those words, Riverview's newest neighborhood director is ready to get down to business.

Since 2000, South Central Kingsport has benefited human services in the city's lower-income neighborhoods, focusing on programs that help residents achieve economic, social, and financial goals. Swagerty has served as the organization's vice president for the past three years.  She replaces Jeannie Hodges, who has been the executive director since the agency started.

It's the person Swagerty has called "Miss Jeannie" for years. 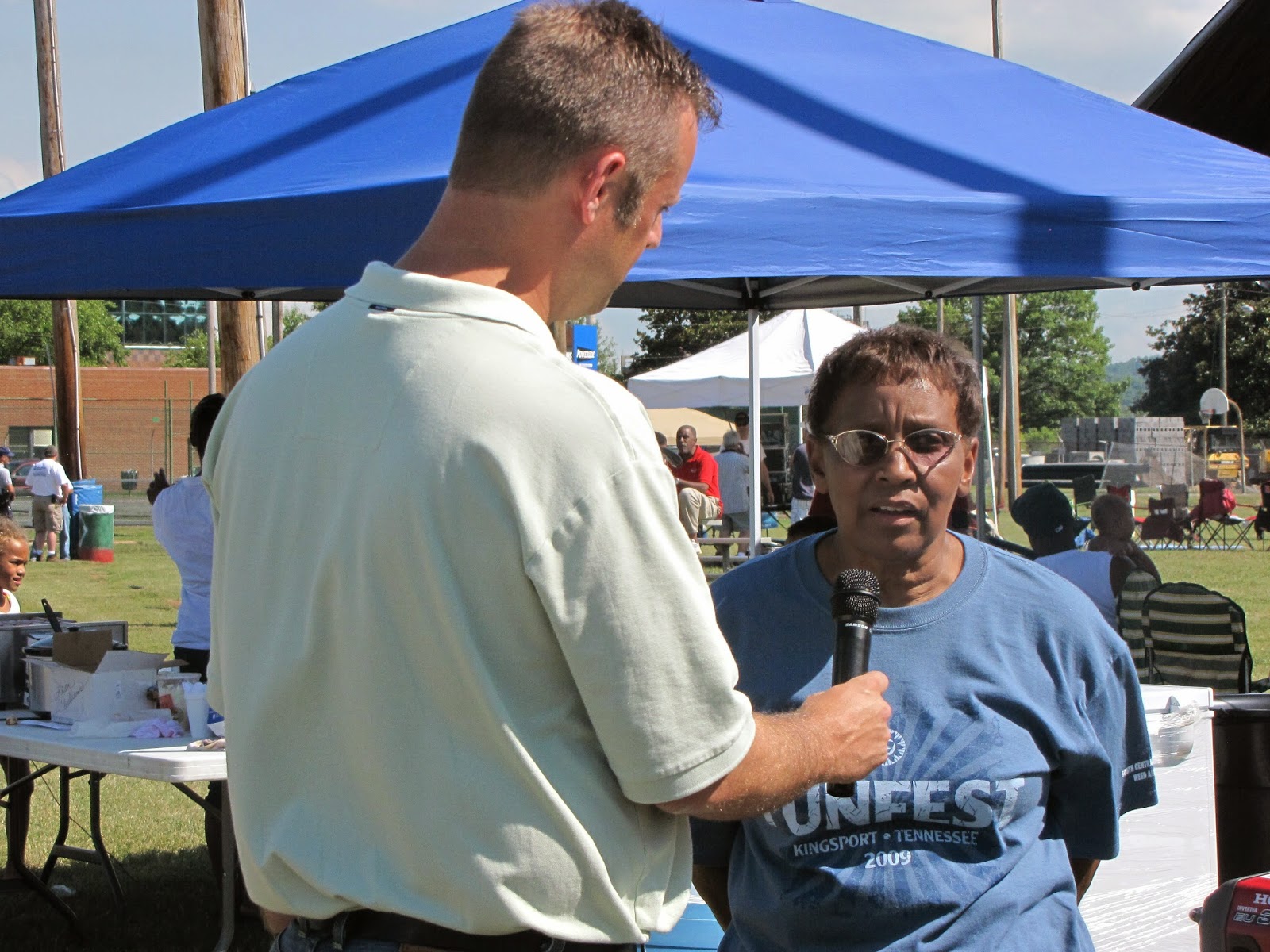 "She was the perfect executive director, and I'm working to keep that same level of perfection up." 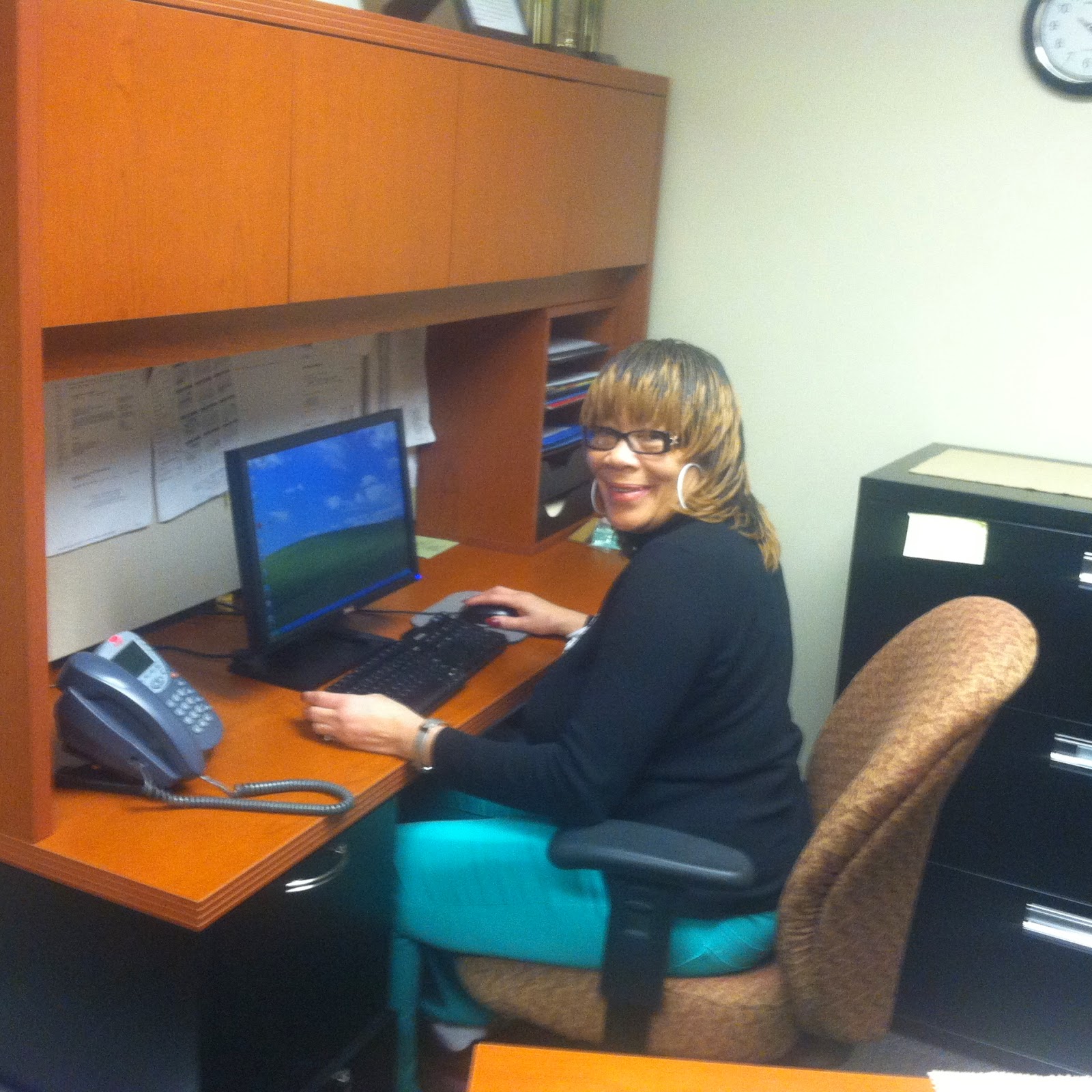 With the newness of the job, Swagerty says, she finds herself having to check with Hodges periodically on everything from organizing the agency's FunFest co-sponsorship, to simple office functions.

"She's been my mentor. I would say 'Miss Jeannie, I need to know how to do this or that' and she'd say 'well let me see if I can get this or that for you.' She had resources that she could call at a moment's notice, and she has passed those on to me.' I had to to call her about FunFest, and the 'Rhythm-N-Riverview' event that we co-sponsor with other folks. Miss Jeannie made sure my application was filled out correctly for the band and the vendors," she says. 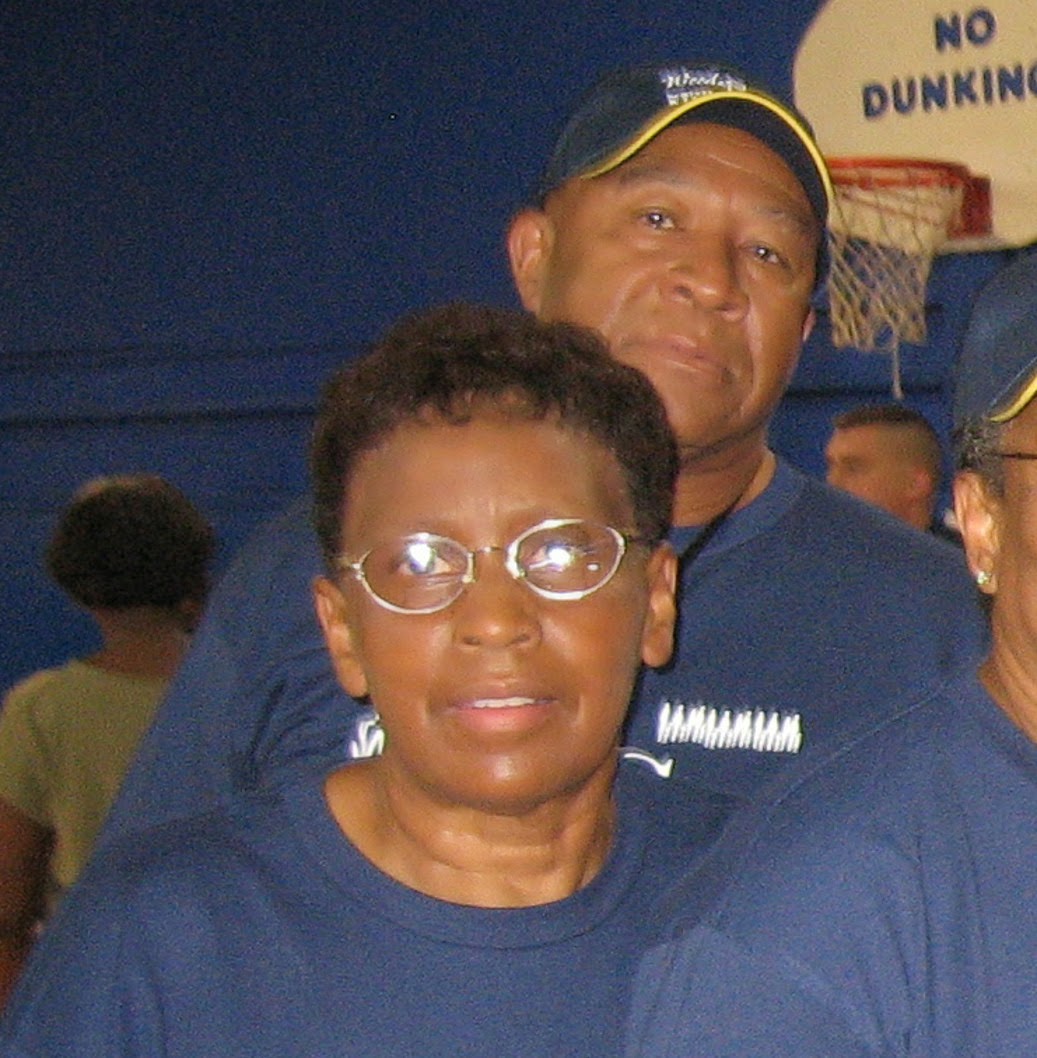 "Sometimes, if it wasn't for her and her husband Willie.. I would see them putting up or taking down tents, chairs and tables at sponsored events. Folks wonder why things go so smoothly sometimes, and it's because they took the time to make sure they were done right. You never heard them complain or fuss.. they just did it and worked through any problems they found."

"She had it down to a science. Not much could surprise her, because she had everything down to a finely tuned machine. She knew her stuff," Swagerty says.

"I still call Miss Jeannie for help.. I sure do." 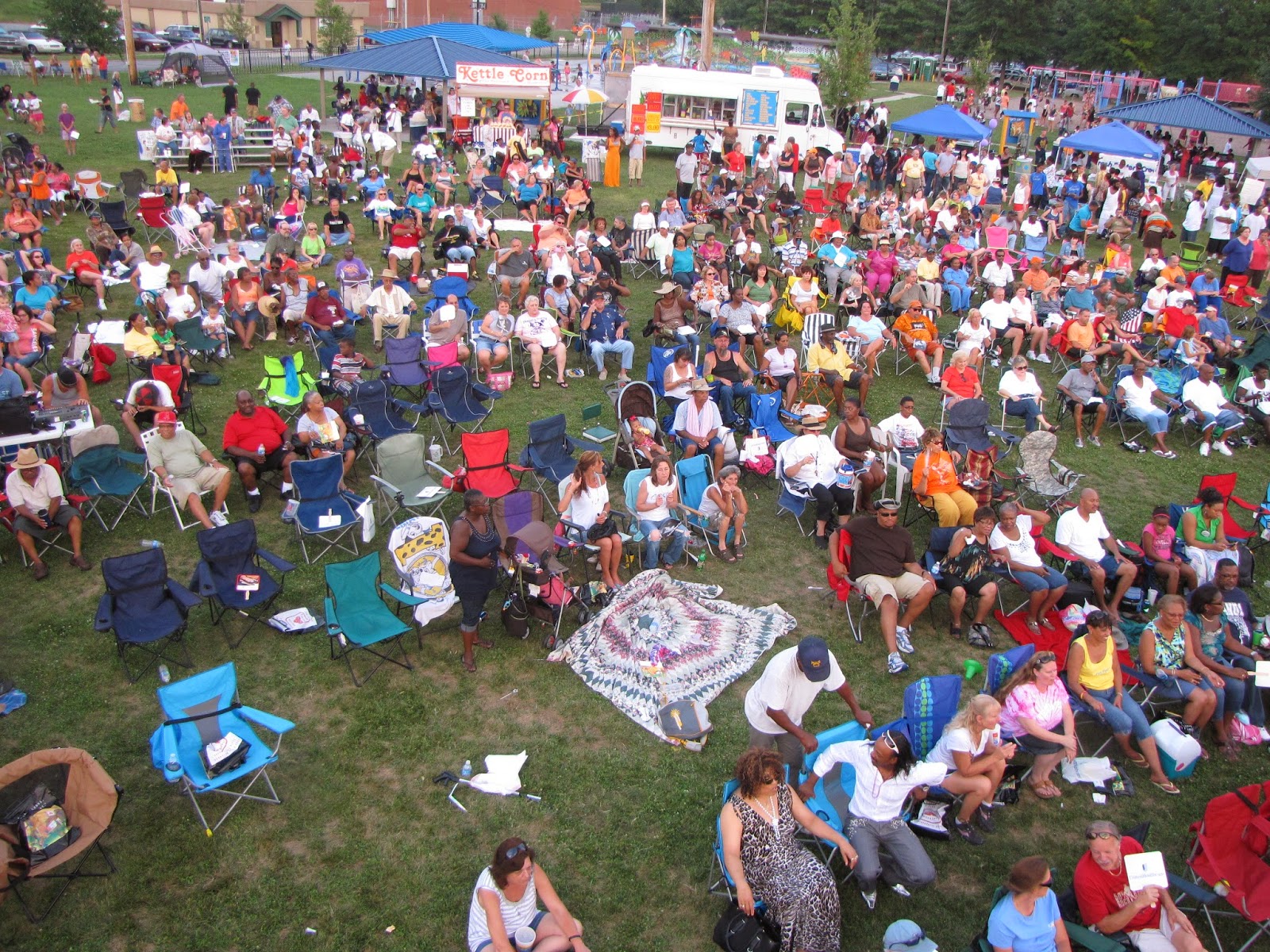 By the way, Swagerty did finalize the plans for 'Rhythm-N-Riverview' for this year's FunFest. The event will be held on Monday, July 14, 2014, as always in the ballfield at the V.O. Dobbins, Sr. Complex in Kingsport. This year, the show band will be the Jay Storm Project of Knoxville. According to the band's bio, the Jay Storm Project is "fronted by Jaystorm – a Tennessee-native and rising favorite Southern bluesy, funk, hip-hop son – his latest musical incarnation as 'The Jaystorm Project.' The Jaystorm Project serves up a backing band and a booty-shakin’ style that accentuates his strong, but yet smooth delivery of slick witty lyrics and bluesy funk sound that is part Motown, part old school hip-hop, with an edge of rock which leaves you with total musical genius."

On that day from 3 to 5 PM, a familiar site will greet the children.. the Choo-Choo will chug its way around the ballfield and the nearby blocked-off Louis Street and MLK Drive. There will also be inflatables, face painting, and food vendors. Then, from 5 to 6:30 PM, Swagerty has organized a gospel fest with area choirs from around Kingsport, singing songs of praise. The New Vision Youth will present a program from 6:30 to 7 to get the crowd energized for the Jay Storm Project show that starts at 7:30.

"Rhythm-N-Riverview is South Central's biggest project every year," Swagerty says. "We try to get the entire Kingsport community to come together and just have a good time with music, different kinds of food, fellowship and entertainment. It's a good way to see old friends and make new friends." 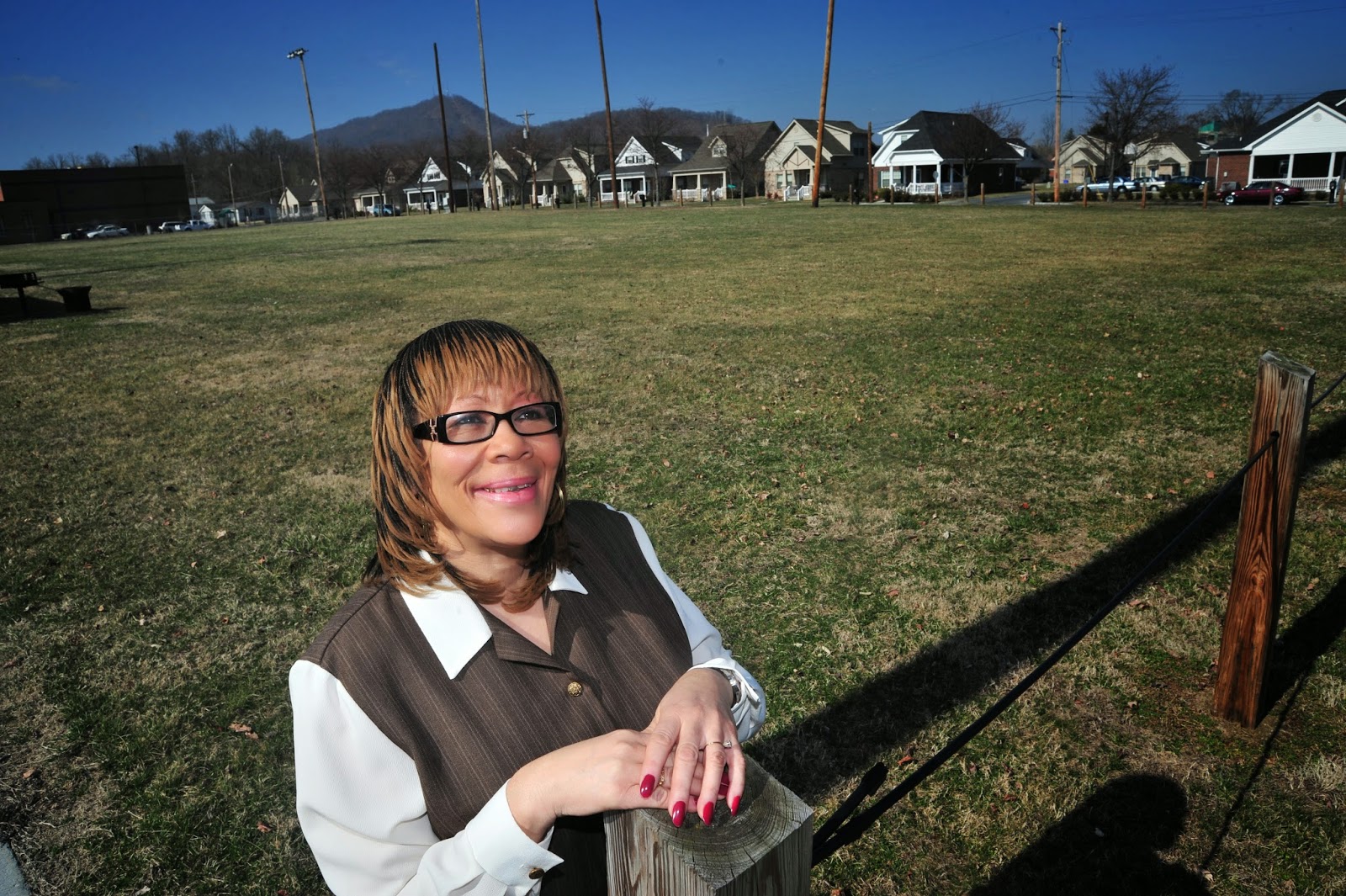 In keeping with that, Swagerty herself is trying to make a new friend. Her new office at South Central Kingsport Community Development.

"I'm still learning the job," she says. "There are so many in's and out's to it. But I like meeting new people and helping folks who come in for assistance. I've been sending them to various resources in Kingsport, helping them get straightened out. Sometimes, it's a home, sometimes it's training for a new job, sometimes it's just somebody to talk to."

"So far, it's pretty enjoyable."

PHOTOS FROM CALVIN SNEED AND DAVID GRACE, KINGSPORT TIMES-NEWS
Posted by douglassriverview at 11:21 AM