Kingsport's 4th of July Parade: "Gets Bigger and Better Every Year" 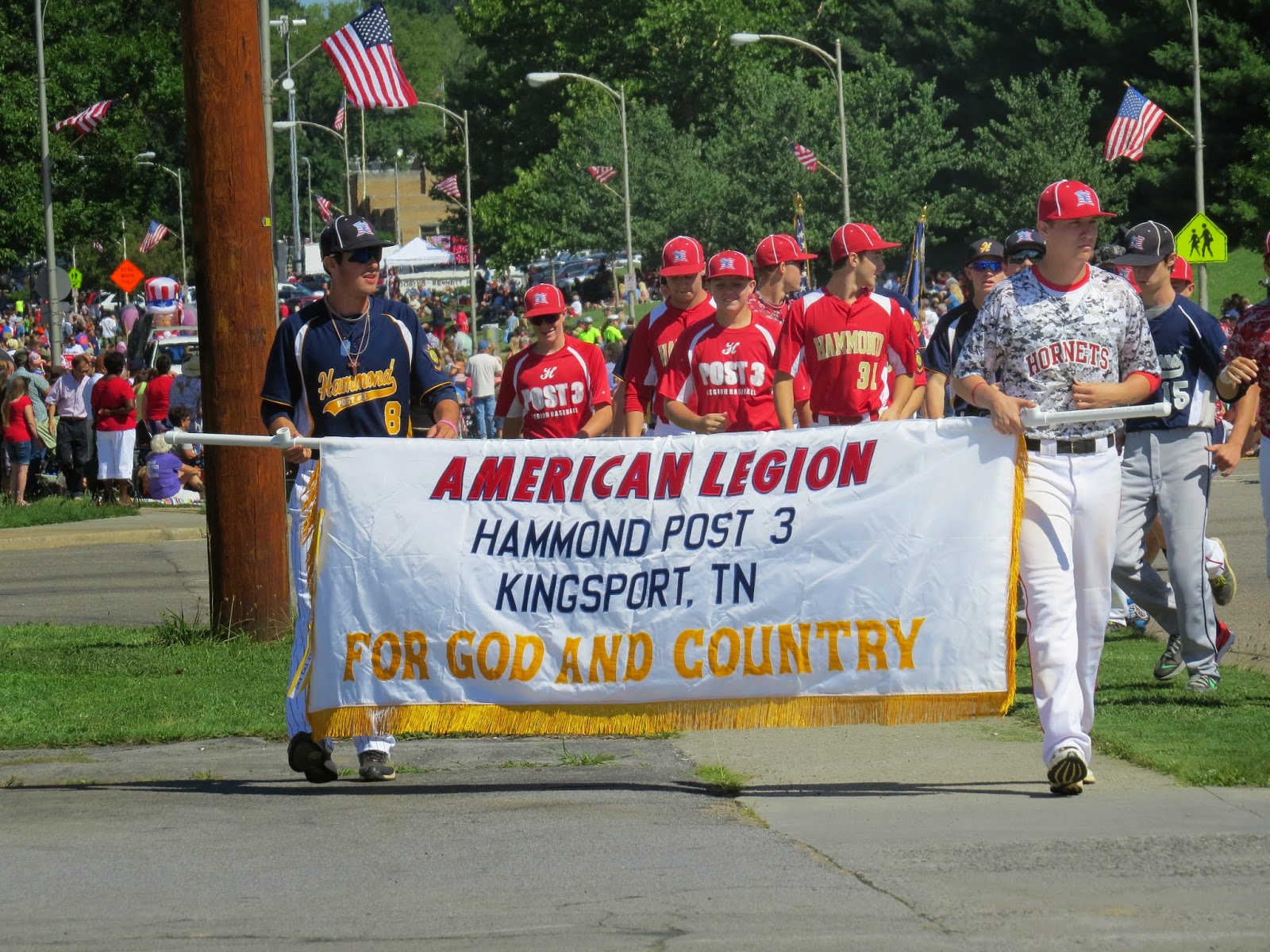 "It really does. It gets bigger and better every year."
Everybody loves the Mack Riddle American Legion Fourth of July parade in Kingsport. At every intersection, Center Street is packed with spectators, many of them young children. They enjoy the pagentry of floats, bands, marchers and just plain ordinary citizens in formation, celebrating the birth of our country. 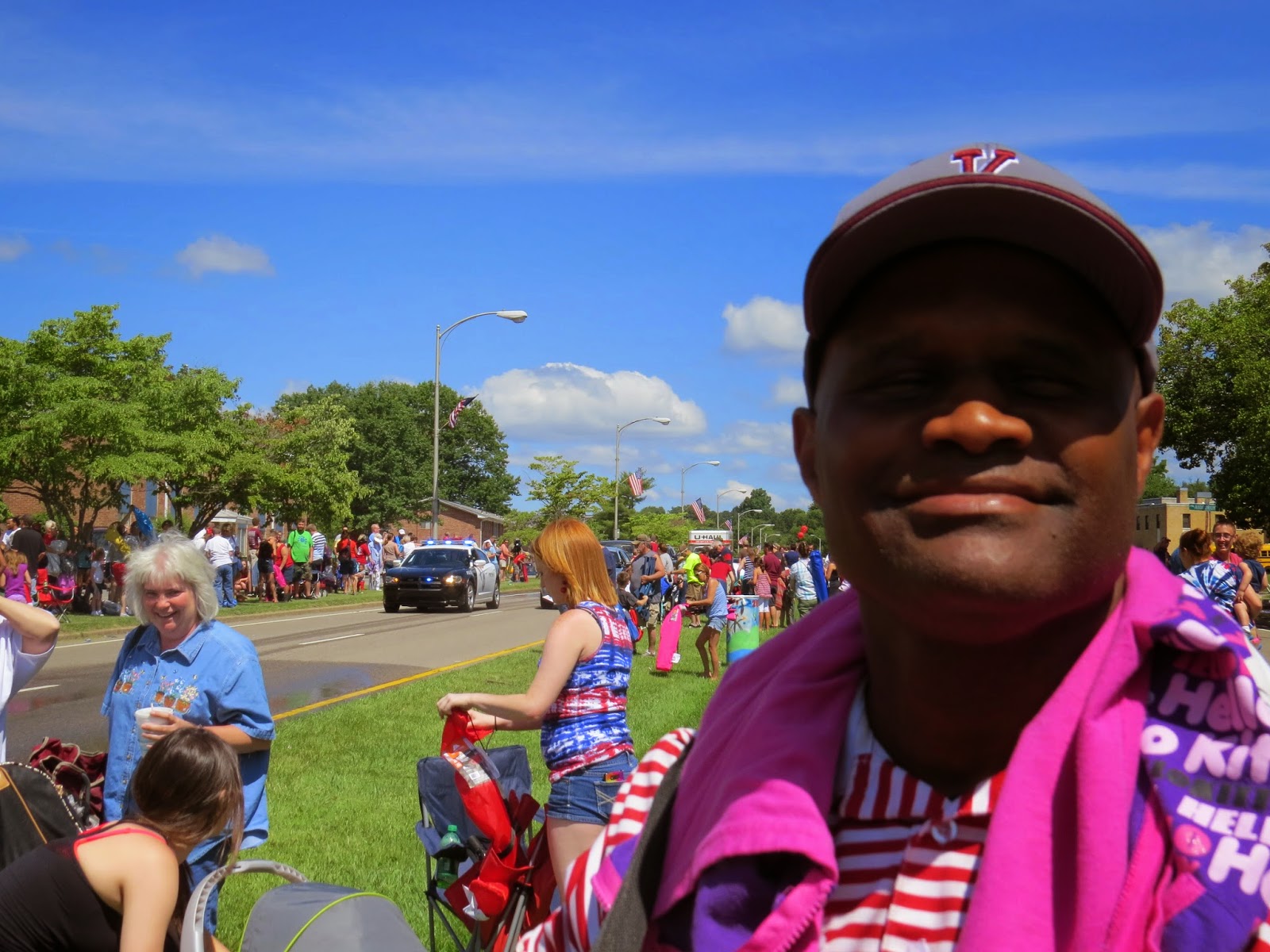 Among those spectators.. Gwan Hill and his family of Kingsport.


"I like the old cars," he admits, "those really old cars and the way they have them fixed up. The cars get older and nicer every year."
Hill says the organizers really do a good job.
"It's great that you can line up along the parade route, and the bands and the cars drive right up close to you," he says. "You can see everybody's face that's happy to be in the parade, and since I like the old cars, I get to see how they've fixed 'em up.. every little line, every coat of paint." 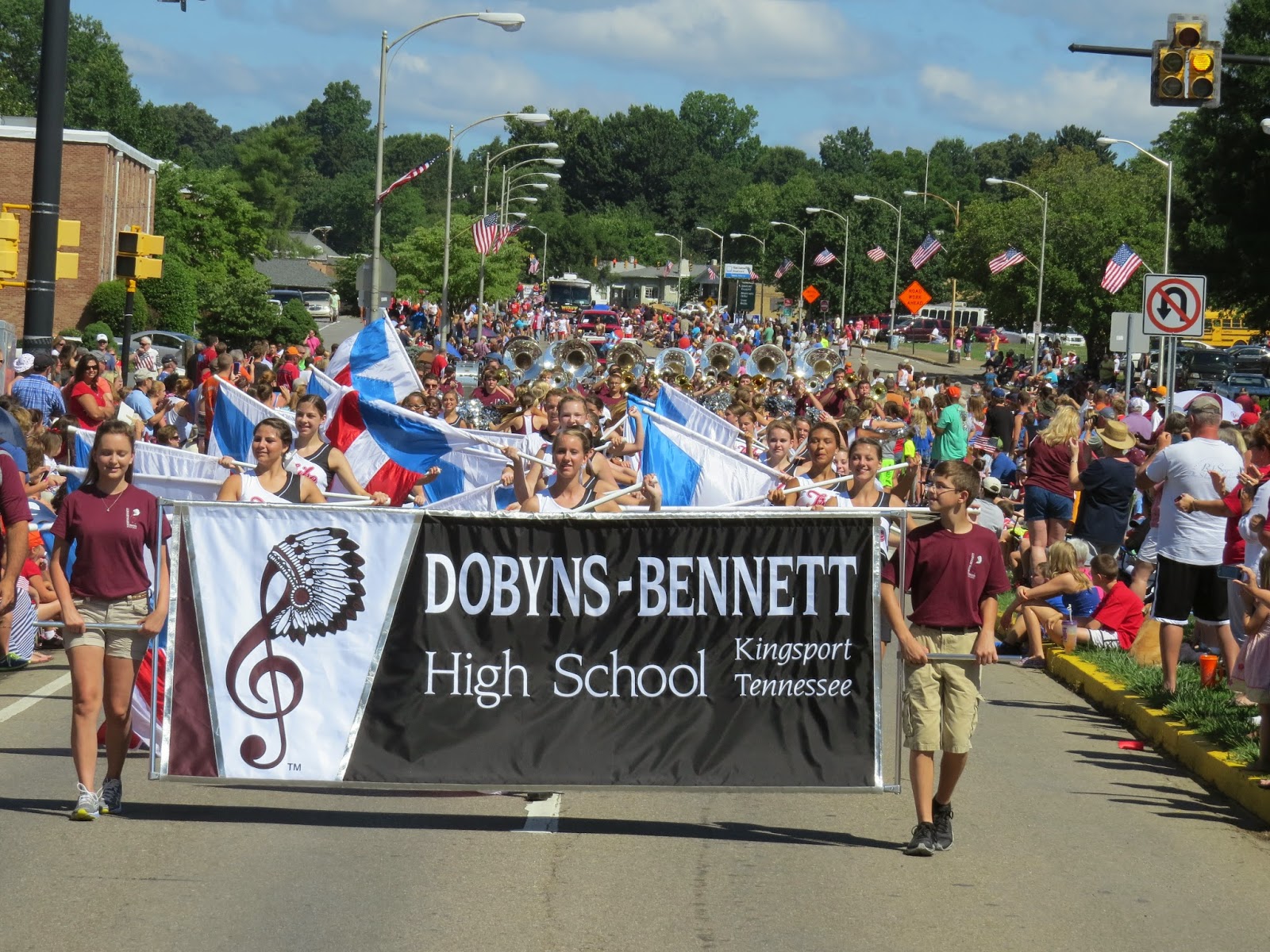 Everybody else has their little Kingsport parade favorites. For Hill's wife, Tameika, she comes to see lots of parade floats, but there's one thing that makes her proud.
"The DB band," she says, emphatically. "I love the band. I think DB's band is just unbelieveable. It's the best band around.. when they're on their A game, you just can't beat 'em."

It helps that Tameika is a Dobyns-Bennett graduate, class of '96. 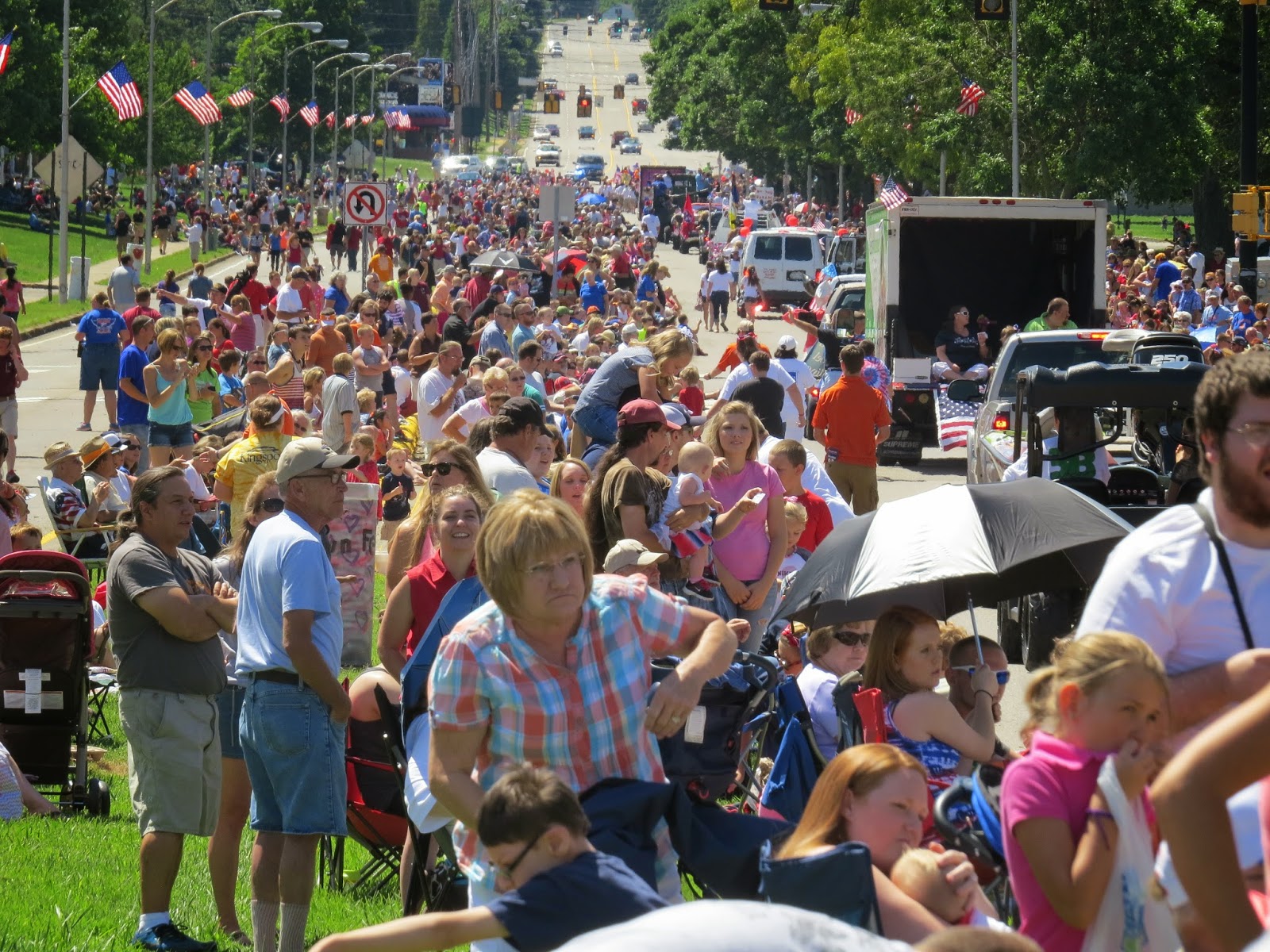 Gwan Hill says, his family has been to many Kingsport Fourth of July parades, too numerous to count.

"We do notice that every time we come, there's always something new.. something we haven't seen before," he says. "That's what makes it so much fun.. you never know what you'll see that you've never seen before. There's more involvement from different people. You can be in the parade and be an individual, instead of being in a group."
"That's people just supporting the Fourth of July," he says "People here do that in the parade, both as groups and people as marchers." 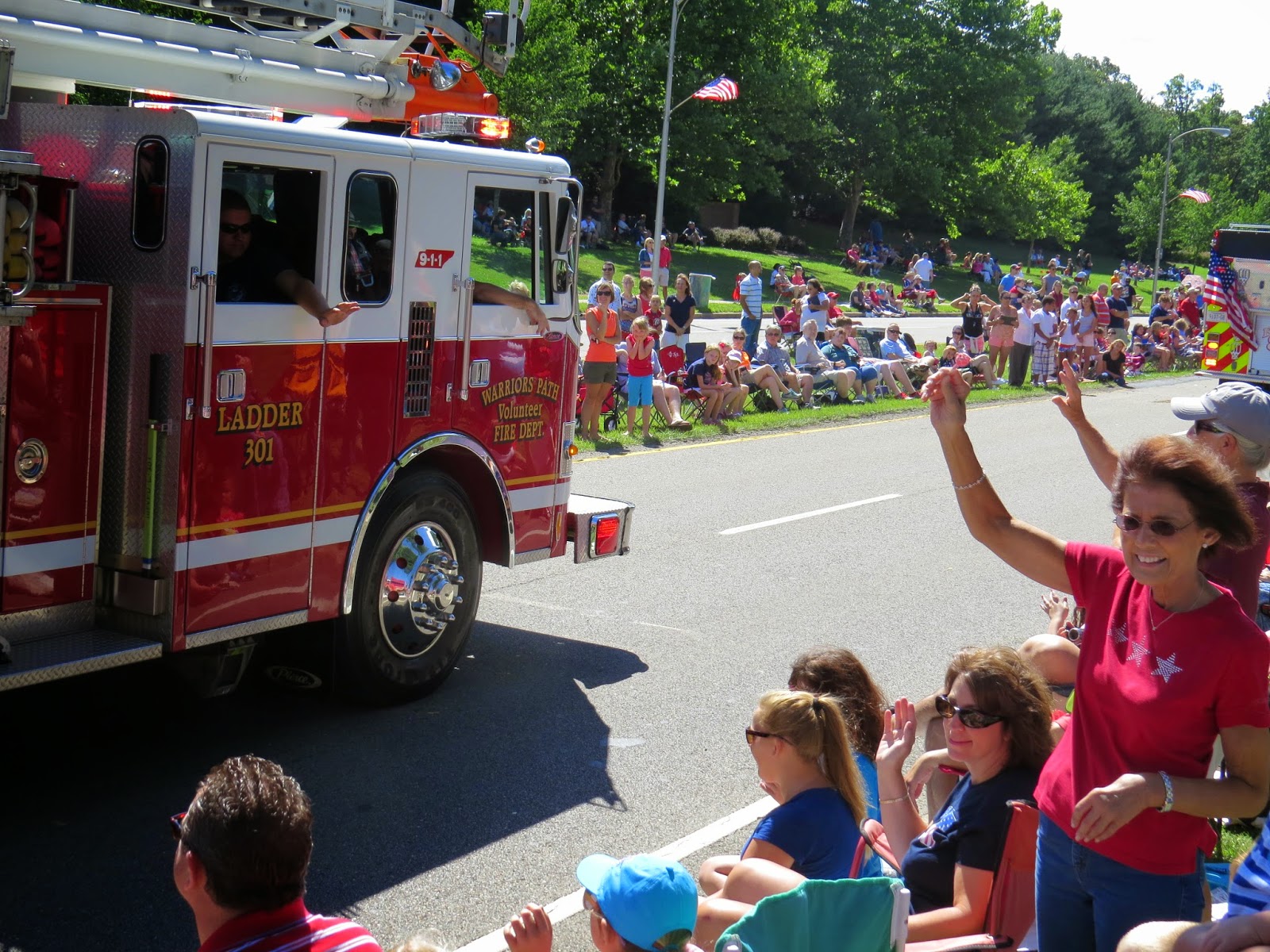 He says, his hometown of Johnson City needs to sit up and take notice, because there's nothing like a Kingsport parade.

"We don't have these kinds of civic parades in Johnson City celebrating the 4th," he says. The '83 Davy Crockett High School graduate has a suggestion for the powers-that-be in that city. "I would recommend that some committee come over here to Kingsport and take a look at what they're doing here and how they're doing it."
"They should take that back, and either duplicate it or do it better." 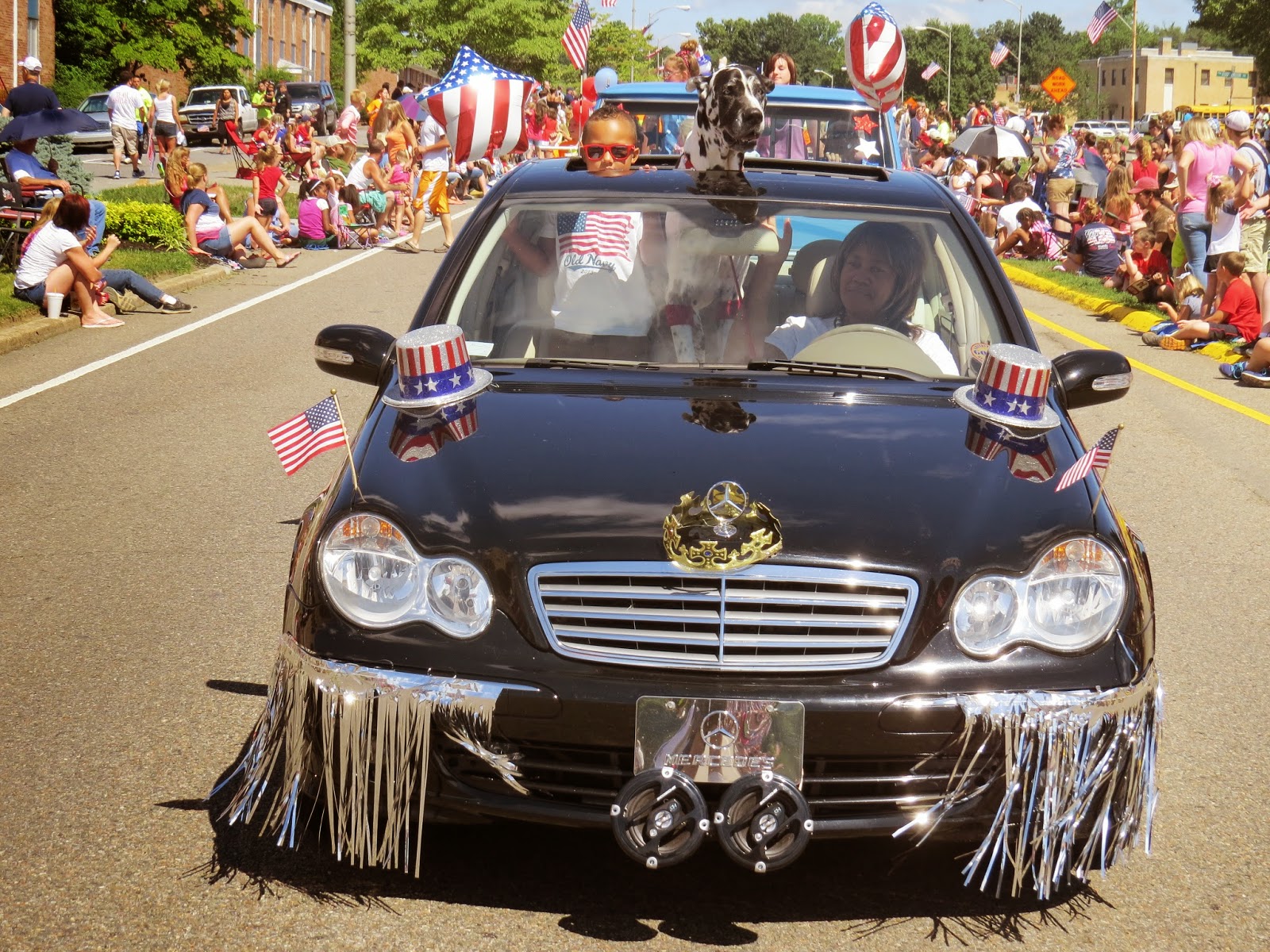 Kingsport’s Fourth of July Celebration & Parade began at 10 AM Saturday the 4th, kicking off from the Renaissance Center and rolling through town to its end point at the intersection of Eastman Road and Fort Henry Drive.

It was the 56th Mack Riddle American Legion Fourth of July Parade in Kingsport.


IF THE SLIDE SHOW DOESN'T START AUTOMATICALLY, CLICK ON THE ALBUM TITLE BELOW