THIS ARTICLE COURTESY THE KNOXVILLE NEWS-SENTINEL, THROUGH THE KINGSPORT TIMES-NEWS 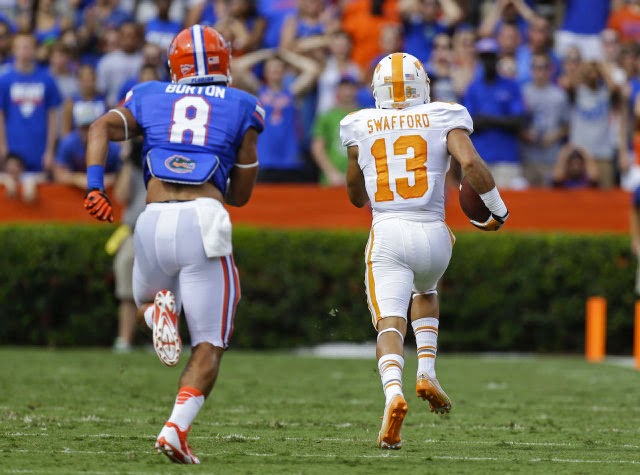 KNOXVILLE — Few fans knew who Devaun Swafford was until the first quarter of the 2013 Tennessee-Florida game.

Swafford, then a walk-on true freshman playing in his fourth game, intercepted Gators quarterback Jeff Driskel and ran 62 yards to give UT a 7-0 lead.

By the time Bob Kesling found Swafford’s name on the roster and shared it with Vol Network radio listeners, the defensive back stood in the end zone, ball in hand, and offered a quick head nod to a silent Swamp and a CBS national television audience.

Speaking with the media Tuesday for the first time in his UT career (actually, Swafford has spoken several times with the Douglass website), the former Kingsport Dobyns-Bennett High School standout recalled the gesture and said it was “just to let them know I’m out there.” 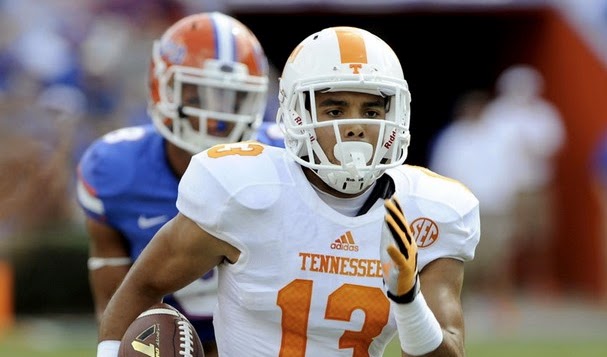 Despite an influx of talented defensive backs, Swafford earned a scholarship after spring practice and received first-team reps at safety alongside Brian Randolph through the first week of fall camp.

The lead he gave the Vols against Florida did not hold, but Swafford’s playmaking ability lingered throughout the 2013 season. He rounded out his freshman campaign by returning a blocked punt for a touchdown against Georgia and forcing a fumble against Vanderbilt. He earned his second start of the season at nickel back in the finale against Kentucky.

Swafford finished his freshman campaign with 17 tackles while splitting time with JaRon Toney at the nickel position.

Now tasked with learning to play safety at a relatively pedestrian 184 pounds, the 5-foot-11 sophomore said his agenda is simple for year two in orange.

“I just want to stay real low key,” Swafford said. “I want to make plays and let people know, ‘Hey, he was overlooked coming out of high school.’ Hopefully my play will take care of itself and I’ll move on to the next level.”

He added that he feels more comfortable at safety because he can see the whole field.

Head coach Butch Jones complimented Swafford on Tuesday and hinted that he will at least continue to contribute on special teams in 2014.

“Devaun is one of those individuals that has put a lot of weight on and he’s really done exceptionally well in the strength and conditioning area,” Jones said. “And we’ve challenged him playing safety now. Swafford brings it every day.”

Following a recruitment in which FCS schools showed the most interest, the 247Sports two-star prospect committed to UT in late December of 2012 under an initial agreement that he would sit the 2013 season as a grayshirt with the expectation of receiving a scholarship in 2014. 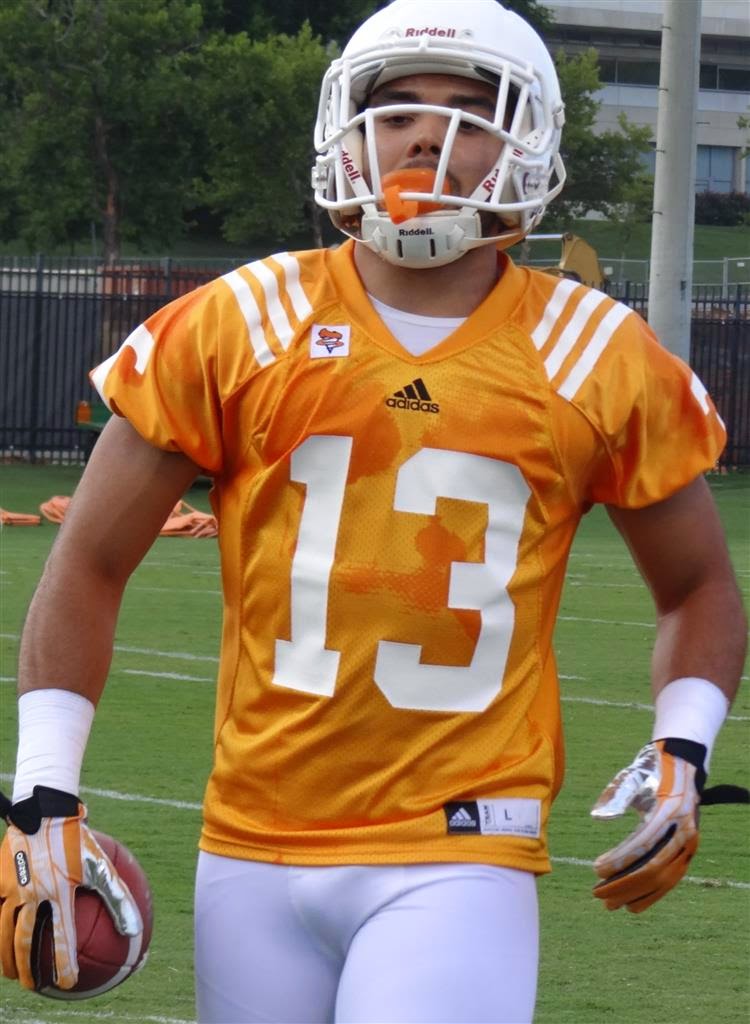 But he changed his mind after arriving in Knoxville and elected to walk on and play immediately.

“We’ve asked a lot of him,” Jones said. “Here’s a young man that didn’t play much defense in high school and here he is your starting nickel in games, going into the Swamp, playing at Florida and having a big interception.”
Posted by douglassriverview at 10:33 AM