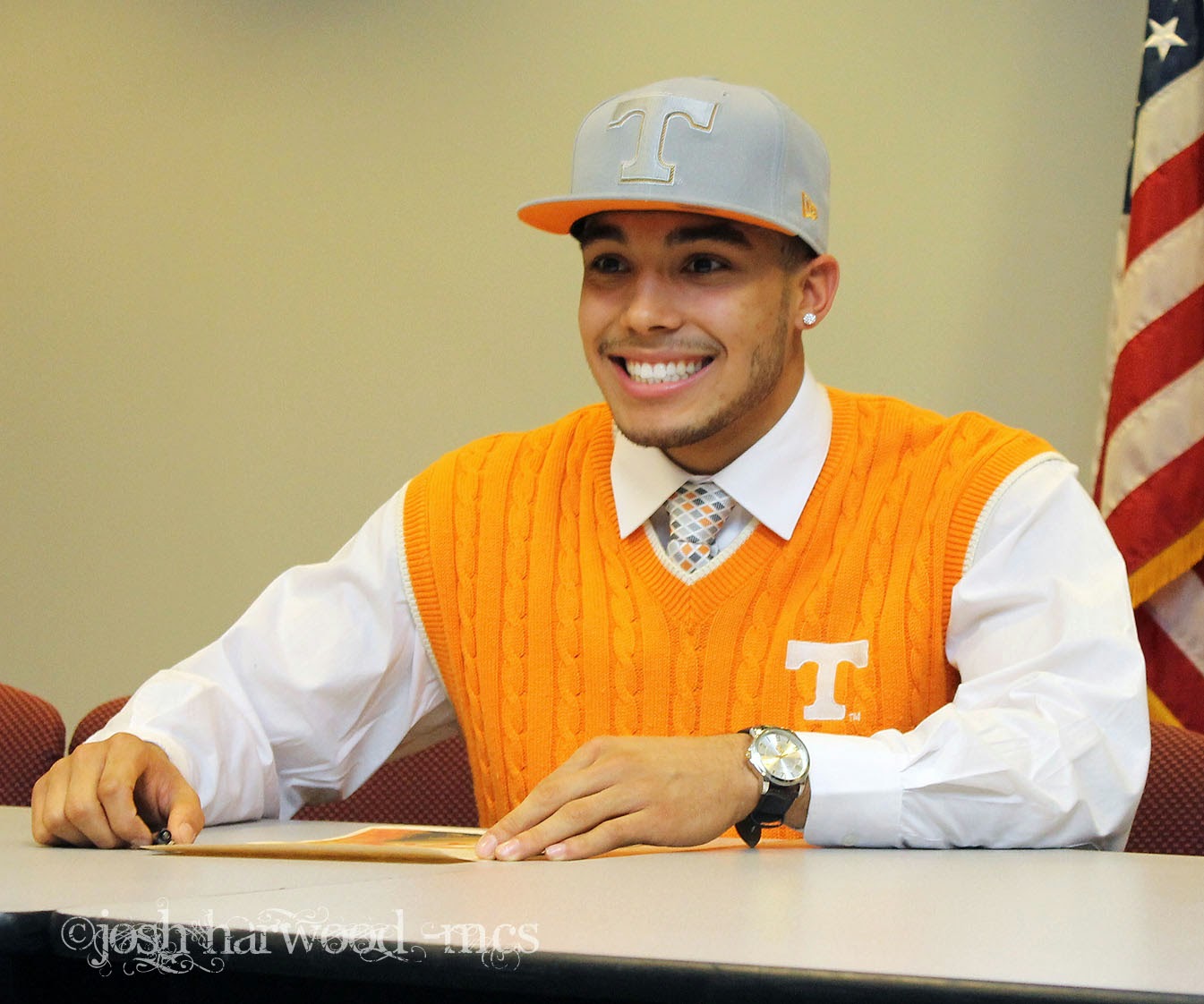 At one point, Devaun Swafford wasn't sure he was going to be part of Tennessee's football team for the 2013 season.


The Vols' new staff had flipped Malik Foreman, his teammate at Kingsport's Dobyns-Bennett High School, from his commitment to Vanderbilt, and his "initial agreement" with Tennessee was for Swafford to grayshirt and join the program the following January.

Instead, he decided to join the Vols as a walk-on and shortly thereafter found himself taking an interception back 62 yards for a touchdown at Florida and running a blocked punt back for a score against Georgia in addition to starting two games.


"I always hoped for the best," Swafford said. "I dream about big plays all the time. I was just blessed enough to have the opportunity to make those plays, and I ran with it." 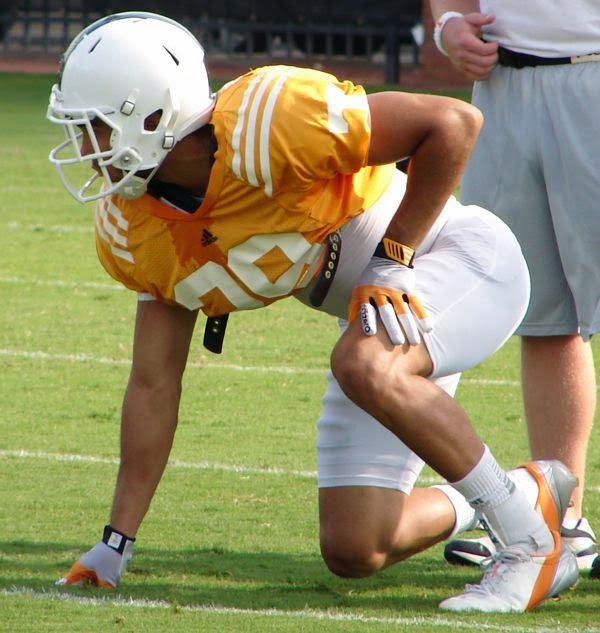 Now the 5-11, 184-pound Swafford is on scholarship and working with Tennessee's first-team defense at safety after playing nickelback last season.


"It was a big accomplishment," he said. "I've been working hard all my life, and I kind of figured I could compete with the best. I came here as a walk-on and then tried to earn my way and finally earned it." 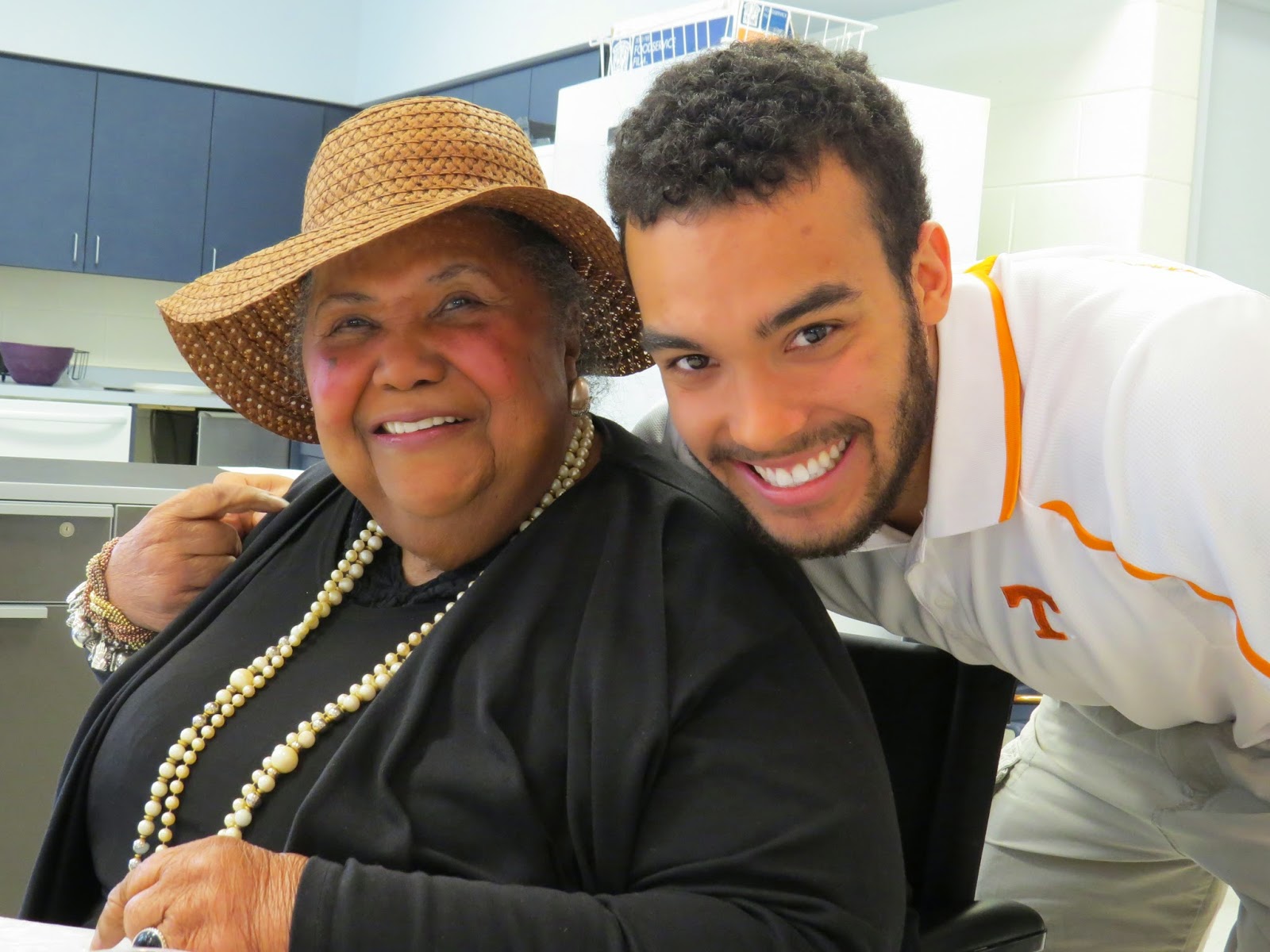 DEVAUN SWAFFORD WITH "MAMA JILL" ELLIS, AT THE DB GRADUATING SENIORS PARTY IN RIVERVIEW IN LATE MAY, JUST PRIOR TO LEARNING HE WAS TO BE AWARDED A UT FOOTBALL SCHOLARSHIP

Swafford was at the beach earlier this summer when Vols cornerback Cam Sutton sent him a congratulatory text message. He hopped on Twitter and saw that Jones had awarded him a scholarship. The coach actually met with Swafford privately in his office previously to tell him he was going on scholarship.

"He kind of played a little bit of a joke on me. Then he told me at the end," Swafford said. "I can't remember honestly, but he had me on edge. When he told me, I was relieved." 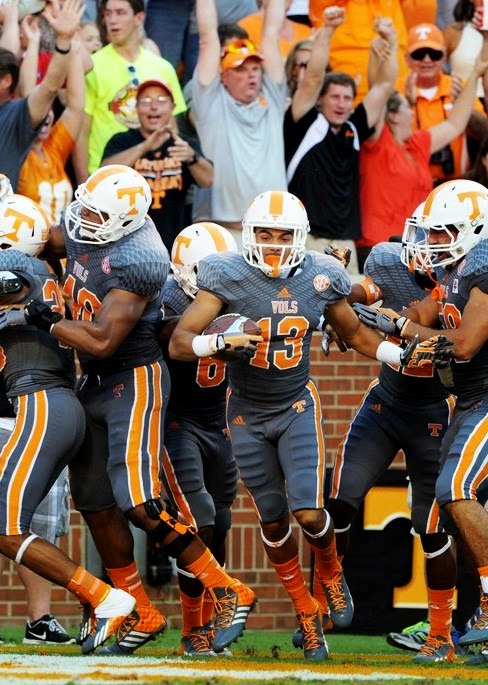 Swafford's days as a starting safety may be numbered considering the number of freshmen the Vols brought in at that position, but for now, it's his spot to lose.

"Swafford brings it every day, and we're going to need him on special teams," Jones said. "He's continuing to evolve in terms of his football intelligence. We've asked a lot of him.

"Here's a young man that didn't play much defensive back in high school, and here he is, your starting nickel in games. He's done a great job, and we really need him to step up, especially in our special teams game."

Posted by douglassriverview at 10:15 AM