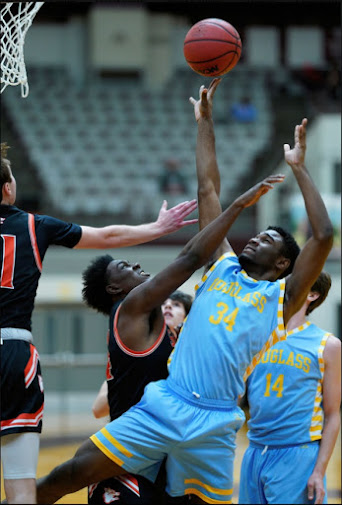 Dobyns-Bennett's Jahson Dennis (34) fires off a shot in heavy traffic during the second half against Tennessee High during Douglass Tribute Night at the Buck Van Huss Dome in Kingsport Saturday night. 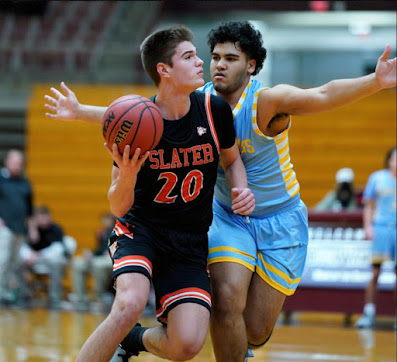 Dressed in the blue and yellow uniform design worn by Kingsport’s former Black high school, the Indians (17-4, 7-1) took control early in the Big 7 Conference game against the Vikings, who wore black and orange jerseys to represent the Slater High School Wolves.

Although the makeup game was an important one in the league race, it meant much more to Jahson Dennis and the Tribe. 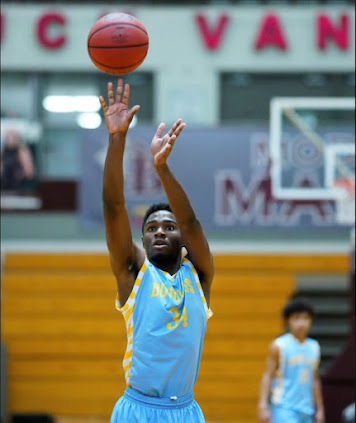 “All of the team, we recognize we’re playing for the people who came before us and we love it,” Dennis said. “It was great being able to represent them and get them a win tonight. We’re a really close team, unselfish, and we love sharing the ball with each other. We love to go out there, have fun and represent this community well.” 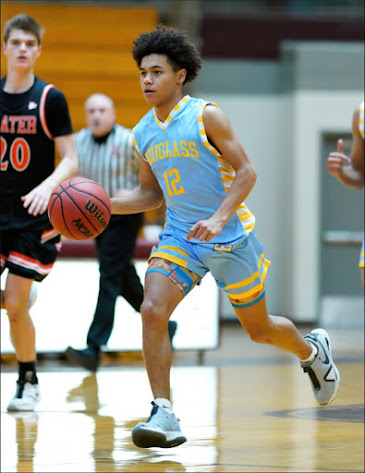 Jonovan Gillespie dribbles down the court under the watchful eye of a Tennessee High player during Douglass Tribute Night at the Buck Van Huss Dome in Kingsport.

The Tiger Tribe had plenty of fun, taking a 14-8 lead after one quarter and going into halftime with a 29-18 advantage. They kept the margin in double digits throughout the second half. 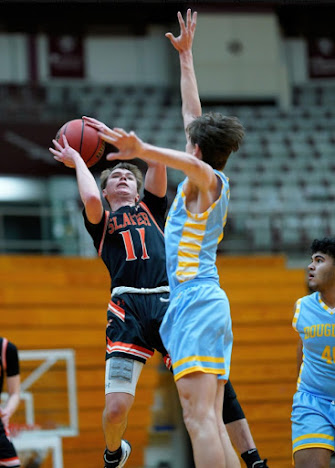 “It was a fun night with lots and lots of energy representing the Douglass Tigers,” Browder said. “It’s hard to guard all three of us — Jahson, Malachi and I are all 6-4 or 6-5. If we share the ball, there’s bound to be a matchup problem with one of us. No way they’re going to stop all three of us.” 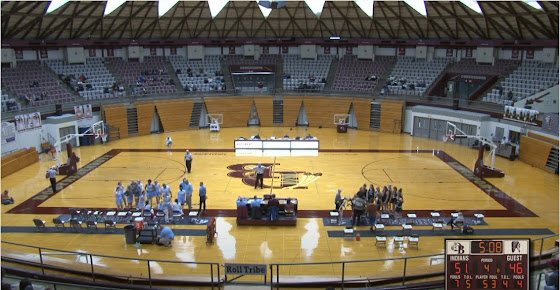 Browder and Dennis praised the play of the bench for maintaining the Indians’ defensive intensity. Coach Chris Poore was happy with the high energy, especially coming off a tough win over David Crockett the night before.

“I was pleased with our guys’ effort and energy. They did a good job distributing the ball and trying to involve everybody,” Poore said. “It was a tough stretch, especially with the back-to-back games and some guys out of the lineup. But these are huge games you have to be locked in and focused to win.” 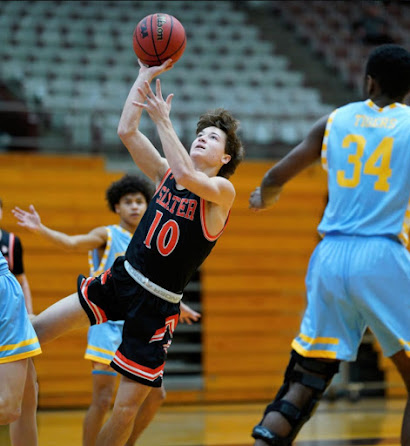 Braden Wilhoit, Brandon Dufore and Luke Cottrill had 13 points apiece for the Vikings (8-13, 3-5). 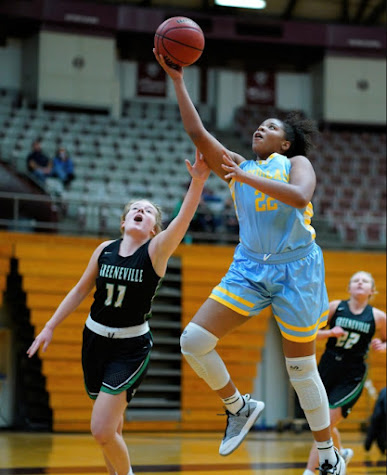 Lauren Bailey had a go-ahead, 3-point play with 22 seconds left and then blocked a potential game-tying 3-point shot as time expired to lift the Lady Devils (13-5) over the Lady Indians 58-55.

Delana DeBusk, who scored a game-high 21 points, added a free throw with 15 seconds as part of the final margin. Tambryn Ellenburg and Bailey scored 11 points each. 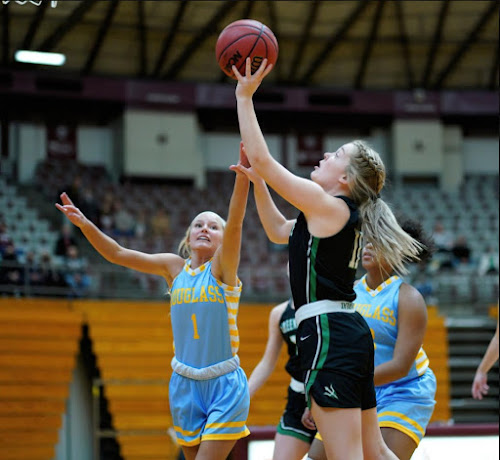 Dobyns-Bennett (12-8) was wearing light blue uniforms to honor the Douglass Tigerettes. Greeneville had its usual black road uniforms instead of those honoring the George Clem Lady Wolverines they originally planned to wear for the game.

Caitlyn Wallace led the Lady Indians with 13 points. Elle Francis had 11 and Emilee Lane netted nine, although Greeneville held D-B to a single point over the final 4½ minutes of the game. 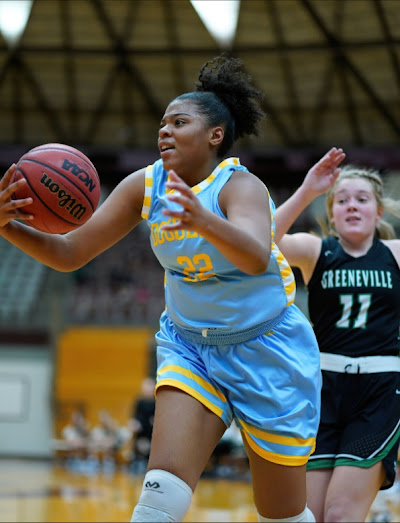 Dobyns-Bennett's Jabrea Johnson (22) pulls in a loose ball against Greeneville during Douglass Tribute Night at the Buck Van Huss Dome in Kingsport.

Down 16-8 at the end of one quarter, D-B rallied to within one, 25-24, at the half. The Lady Indians grabbed a 43-40 advantage into the final period before the cold streak. 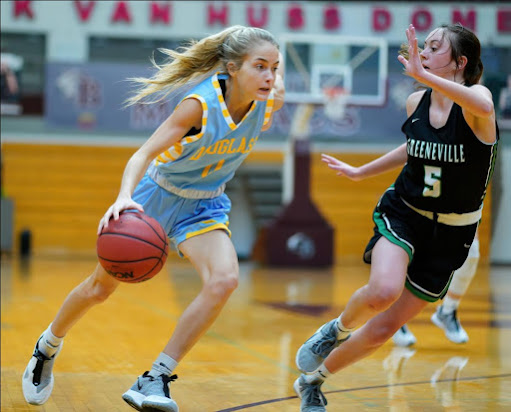 Dobyns-Bennett's Olivia Doran (0) controls the ball against Greeneville during Douglass Tribute Night at the Buck Van Huss Dome in Kingsport.

“Our kids battled and won the middle quarters. We just didn’t finish,” D-B coach Bill Francis said. “Those kind of games are the only way you’re going to get better We hadn’t been in many (tight) games like that and we needed that.”

As far as the final play, Francis said the credit belonged to Greeneville coach Annette Watts and Bailey.

“We had a chance late and we got the look we wanted,” the coach said. “But that Bailey is an absolute tremendous player. She knows the game and jumped the screen. She made the play when she had to make a play and did it perfectly. That’s what good players do.”

Below are other pictures from the 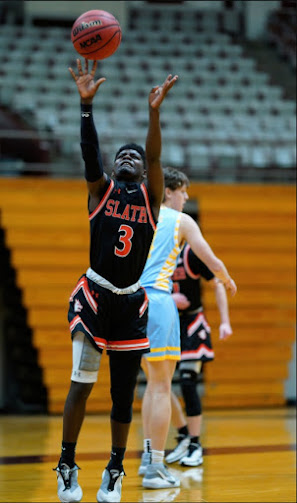 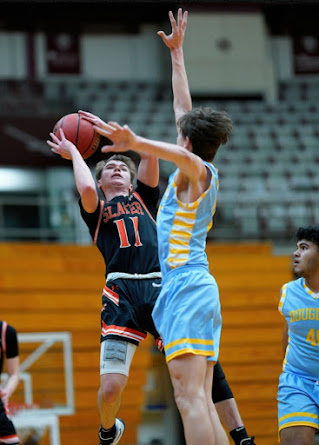 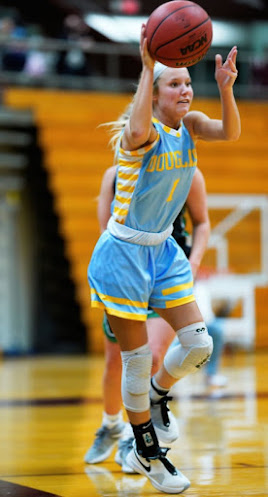 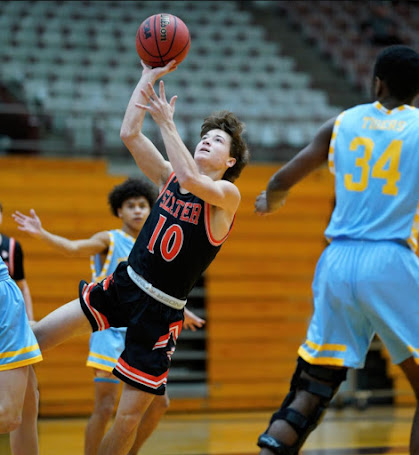 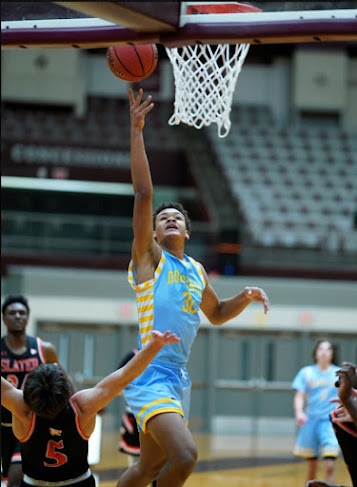 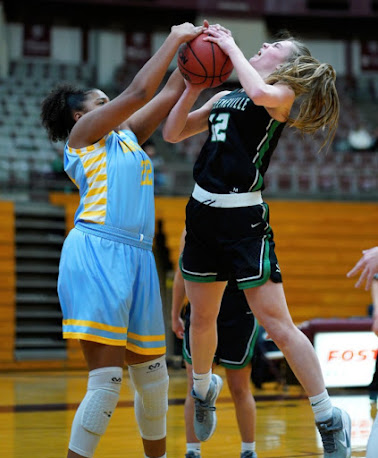 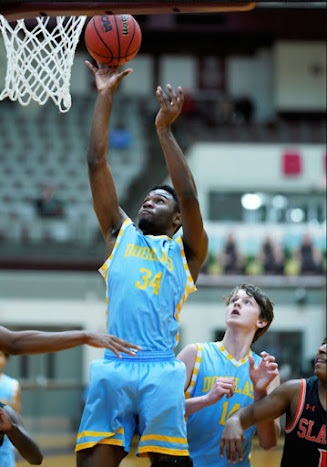 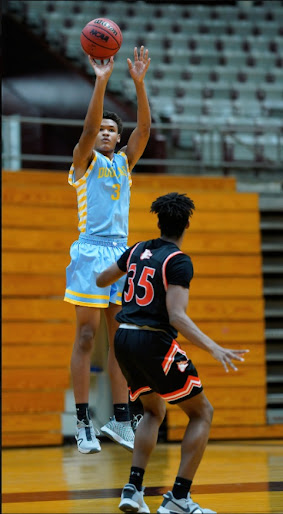 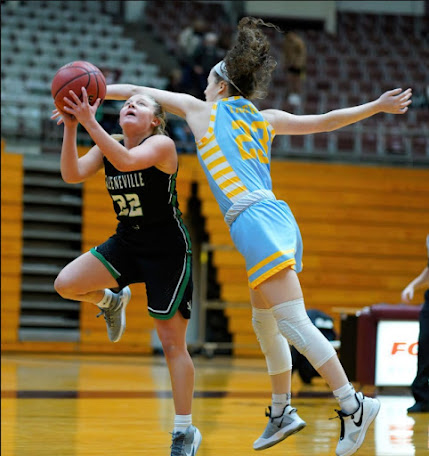 Posted by douglassriverview at 1:13 PM