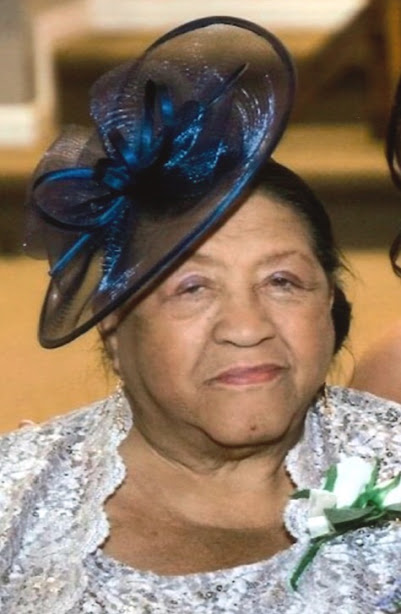 Carolyn Flack Goodwin answered the call to be transported to her Heavenly home on Friday June 3, 2022 after an extended illness.

She was a native of Kingsport and attended Douglass High School, then nursing school in Greenville, South Carolina where she received her LPN.  In 1974, she and her friend Barbra Greene had the opportunity to be part of the first crew of nurses and doctors at the new Indian Path Hospital, open with only two floors in operation at the time, under the director of Dr. Monte Phillips.

She loved being a nurse, but with the arrival of the joy of her life Reynaldo, she left the hospital and became a school nurse at the Abraham Lincoln Elementary School where her son attended.  She continued her nursing career until her decline in health in 2001.

She was also a member of the Daughters of the Elks Dunbar Temple Number 344 for over more than 48 years.  In 1980, she received the key to the city of Kingsport from Vice-Mayor Richard Watterson for her faithful contributions of service.

She and one of her best friends Mary Jane Carnes arranged reunions, taking cruises every two years from 1982 to 1993 to several islands.  Carolyn loved attending Joyful Stitchers at her church with friends Gladys Gambrell, Raylene Miller and Judy Phillips.

One of her proudest accomplishments was baking pound cakes with homemade caramel icing and sharing them with family and friends.  She loved making you laugh in the blink of an eye.  Her humorous personality would leave you laughing for days.

Carolyn loved the piano and played it from childhood until her teenage years.  She truly loved her life and family and enjoyed supplying family gatherings with enough food to feed an army.  Carolyn had many friends and loved her best friends from early childhood and Riverview neighborhood Barbra Bristol, Janet Banks, and Betty Jo King.  They were like sisters that ran the streets of the community.

Services for Ms. Carolyn Flack Goodwin will be conducted on Tuesday, June 14, 2022 at 12 Noon at the Shiloh Baptist Church.  The family will receive from 11 AM until the hour of service.   Interment will follow at the VA National Cemetery Mt. Home TN.

Professional service and care of Mrs. Carolyn Goodwin and family are entrusted to Clark Funeral Chapel and Cremation Service Inc. (423) 245-4971

Posted by douglassriverview at 9:47 AM