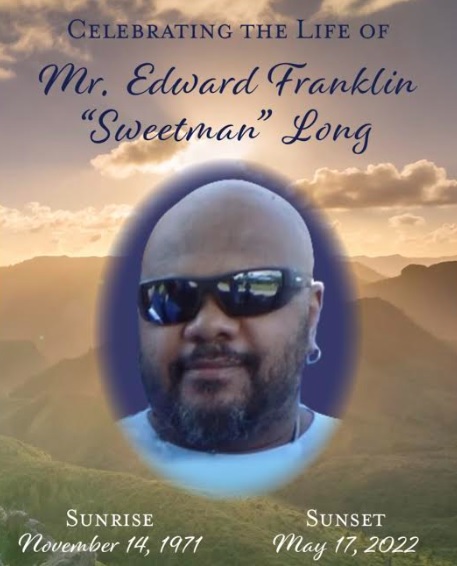 Edward Franklin “Sweetman” Long unexpectedly departed from this world’s toils and labors on May 17, 2022.

Edward was born in Kingsport, TN, on November 14, 1971, to Virginia Dianne Long and William Lewis.  In early childhood, he moved to Flint, MI, and received his education through the Flint Public School System.

He had a love for music and movies. After living several years in Michigan, he returned to Kingsport and resided there until his untimely death.

He is preceded in death by an infant son; brother, William Demar Lewis; his doting maternal grandmother, Violet Davis, who gave him the nickname “Sweetman” since he was such a sweet baby; maternal grandfather, James Hale; paternal grandparents; and his uncle, William David Hale.

Edward "Sweetman" Long was laid to rest on Thursday, May 26, 2022 at 1 PM at the Clark Funeral Chapel, Kingsport, who was in charge of arrangements and care for the family.

Posted by douglassriverview at 10:39 AM