The University of Tennessee College of Communications and Information (CCI) held its annual Experience Diversity Banquet on April 9th, at the Bearden Banquet Hall in Knoxville, and presented two Diversity Awards. 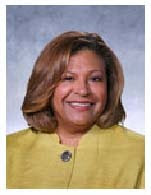 Keynote speaker and recipient of the 2010 College of Communication and Information Diversity Award was Phyllis Y. Nichols, president and CEO of the Knoxville Area Urban League.

Nichols has been involved in the Knoxville Area Urban League since 1994, and has led the organization since 2000. She serves on numerous local boards including Child and Family Tennessee, Leadership Knoxville and the Knoxville Chamber.

"Phyllis Nichols has fought the good fight for civility and human rights," said Alice R. Bowling Wirth, a lecturer in the School of Communication Studies and director of the Diversity Student Leaders Society (DSLS). "She has made a significant difference in Knoxville by opening doors for so many, helping them get back their dignity and improving their lives. She's been a trailblazer and we were thrilled to have her as our keynote speaker and present her with the 2010 CCI Diversity Award." 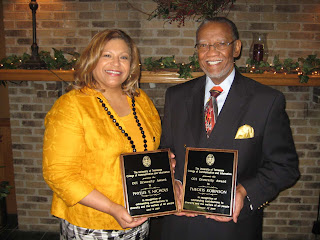 The 2009 recipient of the CCI Diversity Award, Theotis Robinson Jr., also attended the banquet to officially receive his award since he was unable to attend last year's banquet. He is UT's vice president for equity and diversity.


Robinson was vice president of economic development for the 1982 Knoxville World’s Fair. He served on Knoxville City Council from 1970-77—the first African American elected to that office in more than a half century.

Robinson was among the first three black students who enrolled in UT undergraduate courses in 1961. He is a member of the UT Commission for Blacks and a former political opinion columnist whose columns were published in the Knoxville News Sentinel.

He was a charter inductee into the University of Tennessee African American Hall of Fame in 1994. Knoxville’s Metro Pulse newspaper named him one of the 100 most influential Knoxvillians of the 20th century. 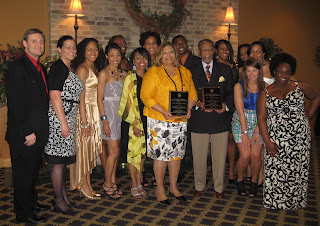 The banquet provided an inspirational diversity experience for all attendees. In addition to the keynote speech, the program included creative diversity presentations, music and dancing. The banquet is DSLS’s major fundraiser for the year. "Our main objectives are to open doors for students by giving them the opportunity to network with professionals, to explore career options and to provide a variety of support programs to help diverse students stay in college," Wirth said. The society is also raising funds to begin a scholarship program to encourage students to attend graduate school.
Posted by douglassriverview at 12:16 PM