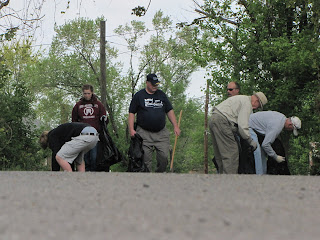 Your neighborhood is a little cleaner today.

Volunteers from the Kingsport community got together to pick up trash littering the streets, alleys and public areas. The event is part of the nationwide "Great American Clean-up" program, with several national sponsors. 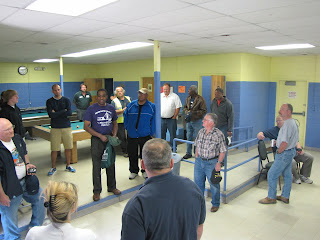 To see a slideshow of the neighborhood cleanup, please click here.

Locally, the clean-up efforts were sponsored by Weed and Seed of South Central Kingsport. 25 to 30 volunteers gave up their Saturday morning, to come out and help the community rid itself of the blight of trash and litter.

"We do this twice a year," says Reverend Kenneth Calvert of South Central Weed and Seed. "It's once in the spring and once in the fall. This year, we partnered with the Borden Mills community, becuase they're trying to develop a Weed and Seed program for their neighborhood. This was a good way for them to show how much commitment there is in their community, to qualify for the same type of program that changed the Riverview neighborhood." 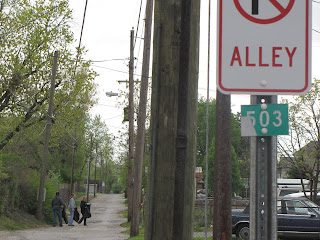 This year, clean up crews were spread out from Borden Park, and northwestward back over to Wilcox Drive. The area included up to East Sevier Avenue, and both sides of Lamont Street, then over to Wilcox. Trash included in the pickup included discarded plastic bottles, cigarette wrappers, pieces of cardboard.. just about any kind of trash that people would just throw down along the streets and in the parking areas. 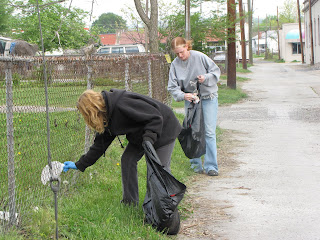 The search for litter also stretched to the Dale, Maple, Oak and East Sevier Avenue, along with Myrtle and Cherry Streets, on either side of East Center Street. Dogs in pens in the alleys made the volunteers unwelcome, but undoubtedly, the folks who threw down the trash and garbage to begin with, felt just as unwelcome.

Previous trash finds have included discarded drug needles, that required great care in their recovery from the ground, and their storage in the trash bags volunteers carried. Even discarded drugs and drug paraphanalia were found strewn along the alleys of South Central. None of those were found in this year's trash pickup. 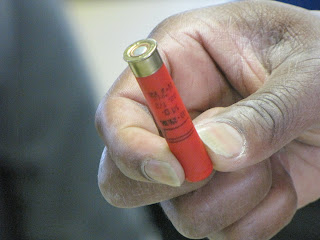 And then, there was the unused bullet.

Reverend Calvert says, this unspent bullet was found during the trash collection in Riverview. It was discovered in the gravel parking lot of the Fresh Start office on MLK Drive/Lincoln Street.

Despite the find, he says, trash collection along the streets and alleys of South Central Kingsport have actually decreased, since the program began about 10 years ago, and the 5 years that Weed and Seed has been involved. 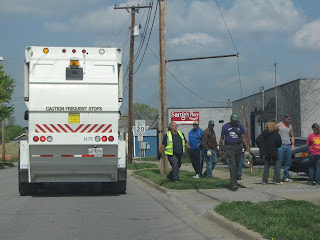 "Over the years, there seems to be a direct correlation to the amount of trash we pick up and the amount of crime that's being reported," he says. "South Central Kingsport is not totally crime free, but the crime has decreased significantly, and we've noticed, so has the amount of trash."

He points to the fact that the city expected to collect about 7 to 8 tons of trash during this collection drive. The first year of Weed and Seed involvement, volunteers picked up and turned in about 28 tons of trash and garbage from South Central streets and alleys, and that did not include Borden Village. 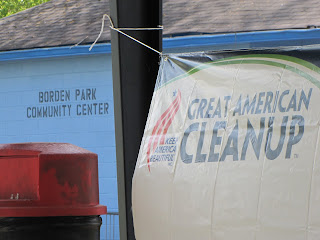 "We're pleased that the citizens of Riverview and now Borden Village have done a wonderful job of maintaining their property, and keeping their eyes open for lawbreakers," says Rev. Calvert.

Volunteers who collected trash and garbage this year included members of Weed and Seed, civic leaders, representatives from Kingsport Parks and Recreation, the Kingsport Police Department, the Rotary Club, the United Way, the Douglass Alumni Association - Kingsport, and residents of the Riverview and Borden Village neighborhoods.
Posted by douglassriverview at 9:58 PM