Final voting for the competition begins today and lasts through May 8. 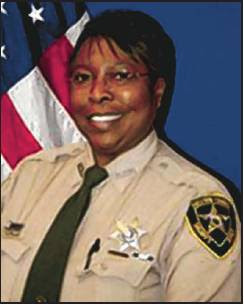 BLOUNTVILLE — The Sullivan County Sheriff’s Office school resource officer who engaged a gunman at a local high school has advanced to the final round of a national competition from “America’s Most Wanted.”
Carolyn Gudger is one of eight finalists in AMW’s 2011 All-Star Contest. The winner will be awarded $10,000 and an expense-paid trip to NASCAR’s Sprint Cup All-Star Race in Charlotte, N.C.
Final voting for the competition begins today and lasts through May 8. Votes can be cast once a day by visiting the All-Star Web site from “America’s Most Wanted” at www. amw.com/allstar/2011/.
On Aug. 30, 2010, Thomas Richard Cowan, 62, entered Sullivan Central High School with two loaded handguns. He pointed one at Principal Melanie Riden, igniting a standoff with Gudger and a lockdown of the school.
Other officers were able to enter the school, with Cowan eventually shot and killed. In the wake of the incident, Gudger’s actions — which included coaxing Cowan away from crowded areas — were praised by law enforcement and school officials.
Posted by douglassriverview at 10:51 AM