One of Kingsport's longest-employed workers has finally hung up his city-issued I-D badge. 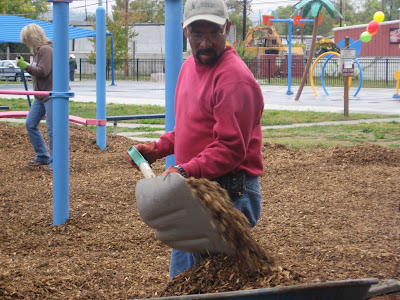 The year was 1974 in Kingsport. Douglass High School had closed in the turbulent mid 60's, and the integration unrest of the early 70's had somewhat settled down. James "Moose" Henry started working for the city Parks and Recreation Department, and for the next 36 years, his was a familiar face at most of the athletic events, gatherings and functions around town. He eventually rose to the position of community center administrator for the city. 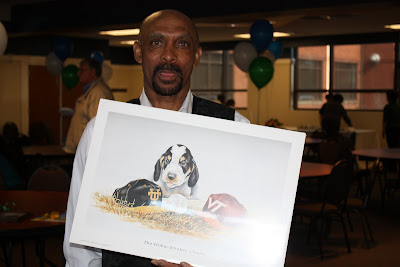 "Any time you have someone serving more than 30 years in one job, it's a real testament and commitment, seeing why they're so successful," said Chris McCartt, assistant to the city manager.

Click here to see a slideshow of the retirement party for Moose, Phyllis and Martha at the V.O. Dobbins, Sr. Complex. 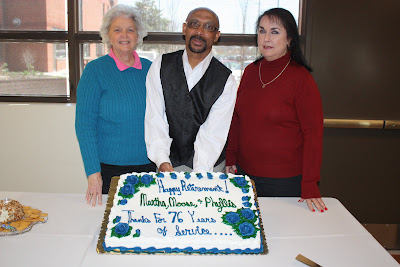 "Moose," as he's been referred to since his growing up days in Riverview, was one of three long-time city employees, honored at a retirement party in late March. Joining him is Martha Beverly, Cultural Arts Coordinator who is retiring from the city after 18 years; and Phyllis Phillips, who is leaving after 22 years as athletic coordinator for Parks and Recreation amd manager of the Kingsport Renaissance Center.

Together, the trio represents a combined 76 years of service to the citizens of Kingsport.

"One thing I have always said about this particular group," says McCartt, "that they were always in the right place at the right time.. their hearts were always for the people of Kingsport."

"Moose was very valuable in the Riverview community prior to the HOPE VI changes that took place," McCartt says. "He stayed on through that transition and served a vital role as we moved through those changes, the tearing down of the Riverview Apartments, the building of the new HOPE VI homes and the remodeling of the V.O. Dobbins Center. After a lull, he helped us get the various activities going again and served a vital role in that capacity. Moose has been a tremendous help to Chassie (Smiley, Dobbins Complex manager), and although he'll be missed, he's not going very far. Hopefully, he can still help us after retirement, doing various contract work for us." 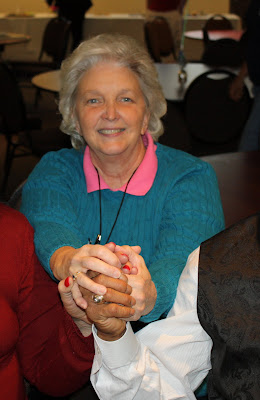 "With Martha," he continued, "no doubt with the work she did with Bonnie (Macdonald, Cultural Arts Administrator) with blending art with history in the Douglass Room of the V.O. Dobbins Sr. Complex, it will leave an impression for generations to come. When Martha and I first started working together, one of the first tasks that we did that I was asked to participate in, was coming up with the public art program that we have in place today. I remember Martha and I sitting there one day just looking at each other and asking 'do you honestly think we'll ever be able to convince everybody that this is a great thing for Kingsport?' The results speak for themselves.. we're in Year Five of the Sculpture Walk and it's been great." 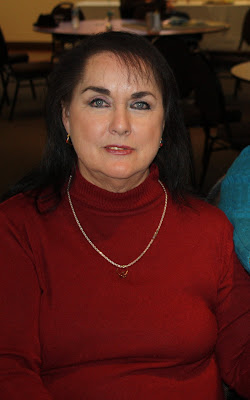 It's no secret that before Phyllis Phillips arrived at Parks and Recreation, Kingsport's baseball and soccer fields were in a woeful state.

"At Cloud Park and Heritage Park, the fields were just not up to the standards we felt that a city the size of Kingsport needed to have," McCartt says. "We went through the process of developing Domtar Park on Long Island with its baseball and softball fields, developing Eastman Park on Wilcox Drive across from Riverview, adding new gymnasiums throughout the city including the new one at V.O. Dobbins, and expanding our basketball program.. all of that rested on Phyllis' shoulders, and she made sure that the programming and the facilities were at the maximum level possible. Year-in and year-out, she was responsible for getting teams on the fields, getting the tournaments scheduled, working with the A.A.U., the Convention and Visitors Bureau, the adult rec program, adult basketball, volleyball. She was very vital to that process." 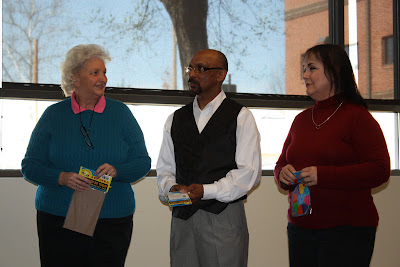 McCartt points back to where Kingsport was in these categories 20 years ago, and the changes that happened over that time, to where they are now.

"These three employees have been right there helping move those changes along," he says. "With them retiring, it's a tremendous loss of knowledge for the city of Kingsport."
Posted by douglassriverview at 1:00 AM