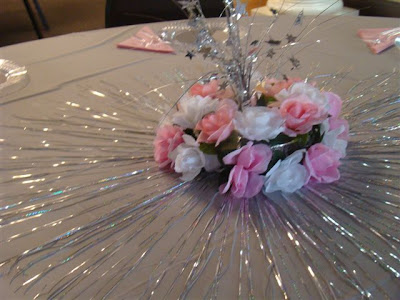 She was born at home in New Canton, Tennessee, on Easter Sunday March 27th, 1921, to Willard C. Long, Sr. and his wife Ressie. She was the oldest of eight children.

It wasn't long until marriage and a family brought her to Kingsport and a new home in the Riverview Community.

To her family and a few neighbors, she's known as Big Mama. To many folks, she is known as Mrs. Deal. On March 26th, 2011 a day early, Roberta Long Deal celebrated her 90th birthday with family and friends from the Riverview neighborhood. The celebration was held in the Douglass Community Room at the V.O. Dobbins, Sr. Complex. 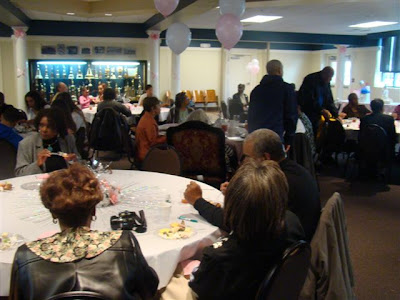 Click here to see a slideshow of Mrs. Deal's 90th birthday celebration. These pictures are courtesy of granddaughter Nikki Deal.

It's always amazing how younger folks in Riverview can keep a secret from the seniors, who are determined to know everything.

"We carefully kept the birthday party totally secret," says granddaughter Nikki Deal. "She kept asking me, 'how did you all keep this a surprise without me finding out?' Charlyne and Sinora Lewis told her that they lied to her more THAT day (the 27th), than they ever did when they were in high school."

Turns out, the surprise was a carefully crafted plan, to throw Mrs. Deal off the track. 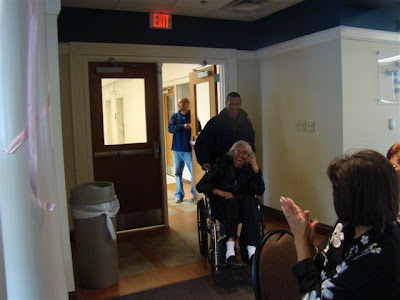 "She was thinking that (grandsons) Trippy and Scotty were taking her out to dinner for her birthday, but first, they were going to give her a tour of the new V.O. Dobbins Sr. Complex," Nikki remembers. "While taking the tour, she happened to see the balloons and thought somebody was having a party. Charlyne told her it was a retirement party for somebody."

"That's when they opened the doors and yelled 'SURPRISE!'"

"She was indeed surprised." 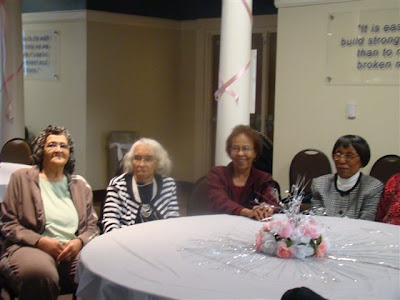 Over 60 family members and friends attended the party, which was highlighted by good food, presents and fellowship. There was also a group picture with everybody there over the age of 75.. at least 10 people are in that picture.

Her brothers Willard Long and Eddie Long and sister Helen Bunting were also in attendance to wish their older sibling a happy birthday!
Posted by douglassriverview at 1:50 AM