There will be a reception on Wednesday, September 21, 2011, to celebrate a double milestone in the history of Riverview and Kingsport.

In this month, September of 1951, the Douglass Elementary/High School opened its doors to African-American students and parents of the Riverview Community.

Also, the V.O. Dobbins, Sr. Complex will be honored on the one-year anniversary of the completion of its renovation in September, 2010. 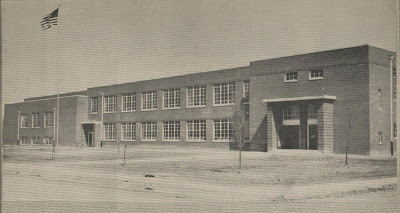 Over the long, hot summer of 1951, parents and neighborhood citizens volunteered to help move needed contents of the old Douglass School at the corner of East Sevier Avenue and East Center Street, into the new modern facility at 301 Louis Street. Many of our seniors remember that wonderful time as being the opening of a brand new world to African-American children. There was all new equipment in the chemistry labs, there was a new P-A system, the auditorium was a soundproof, state-of-the-art room which magnified sound, not muffled it, and a new film projector in the upper booth. The cafeteria had all new ovens, sinks and a dishwasher-dryer combination, just like other Kingsport city schools. The building was a blessing to the community.

An interesting note from the Kingsport Board of Education minutes of meetings just prior to the opening, it was determined that the party line that the construction company was sharing with a nearby resident in Riverview would go back to that resident once the building was finished in the next two months, but that, as a school, Douglass needed its own phone line. The measure was approved.

Little tidbits of information like that, are what led to the charm and historical significance of the building.

Years later, after the school closed in 1966 and after years of neglect and deterioration, the city decided to save the building from the wrecking ball that was about to fall, with the idea of expanding the Headstart program, adding another gymnasium, increasing the use of the building by Parks and Recreation, and building an addition to house all, if not most, of Kingsport's non-profit agencies. 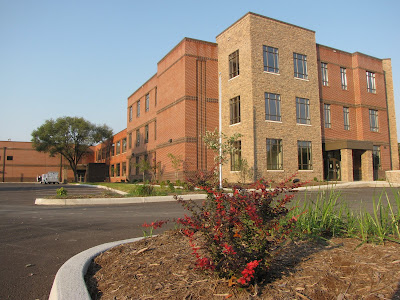 Begun in early February, 2009 with the demolition of the Douglass Bandroom, and proceeding through the demolition of the historic Douglass Auditorium in March, 2009, the construction of the 3-story non-profit tower and renovation of the existing building took many long hours of buzzing, heavy pounding of steel (beginning at 6 AM every weekday morning and Saturday) and the laying of that steel into place over most of the next 18 months, at a total cost of just over $9.2 million dollars.

The Riverview neighborhood and the Kingsport community are invited to come celebrate these two milestones in the history of our city, on Wednesday, September 21, 2011 from 4 PM to 5 PM. The commemoration will be held in the Douglass Community Room of the V.O. Dobbins Sr. Complex, and Kingsport Vice Mayor Tom Parham will say a few words on behalf of the city.

Please come out, and say HAPPY BIRTHDAY to the V.O. Dobbins Sr. Complex, and our beloved Douglass School!
Posted by douglassriverview at 2:51 PM