THIS PHOTO COURTESY THE KINGSPORT TIMES-NEWS 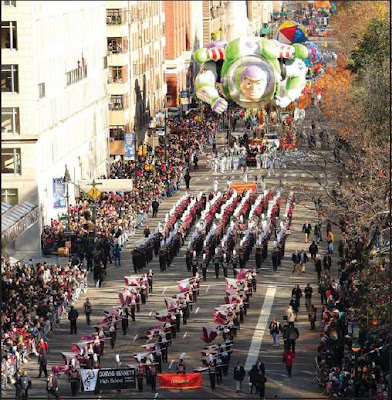 Click here to see the announcement about DB being selected to march in the parade.

The magic day arrives.. in front of thousands of spectators in New York City, and millions of viewers on both NBC and CBS, the DB Band makes its way down Broadway.

Here's coverage from another angle.

Congratulations to the Dobyns-Bennett High School Marching Band, under the direction of Lafe Cook.

Don't forget to catch pictures of the band in the Kingsport Christmas Parade, held downtown on Saturday November 19th. Those pictures are forthcoming.
Posted by douglassriverview at 8:08 PM