Xavier ‘Tim’ Hall passed away March 19 after a bout with a brain tumor.

The Riverview communitywide cleanup in Tim's honor is actually on March 31st.. in the paper it was mentioned as happening on April 1st. We corrected it for this posting 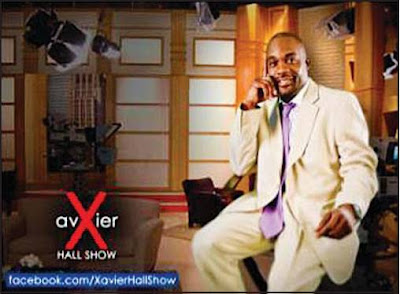 KINGSPORT — Xavier “Tim” Hall said he didn’t want anybody making a fuss over him and his recent bout with a brain tumor. He said he just wanted a room full of laughter to feel better.

Organizers plan to fulfill a last wish for the Kingsport comedian who passed away March 19 at his home with a celebration of Hall’s life on April 1.

Event staff member Johnnie Mae Swaggerty said the gathering’s location will be at the Bethel AME Church on Mapleoak Street.

The original location had to be changed due to the number of people who wanted to be a part of the occasion, which will also serve as a benefit to help Hall’s family with his medical bills and funeral costs.

In an interview conducted at the Times-News earlier this month, Hall discussed his ongoing therapy at Johnson City Medical Center, where he had undergone surgery earlier in the year when doctors discovered the tumor.

“I decided to go in after I started getting tingling sensations on my left side,” said Hall.

“It’s when you think you’ve reached a bottom when your family and friends come to your rescue. They’ve helped me through this, and I know I wouldn’t have made it through things without God. He is good."

“It has been frustrating not being able to do things like I used to, but when you can look at things in life and be positive and laugh, things will turn out OK. I just look forward to getting up on stage and making other people laugh. That can be the best medicine.”

Hall had been traveling on the comedy club circuits of the Southeast for several years, including working concerts in conjunction with fellow comedians who had appeared on cable network BET’s “ComicView” series.

But he always enjoyed the shows back at home, including a concert he did for a DVD recording at Rascals downtown in December 2009.

“I just see it as a way to pay homage to my hometown, a place where I got my inspiration from good folks who urged me to go and cut up on stage instead of at gatherings with friends,” Hall said days before that show.

Donations to help the family are currently being accepted at Appalachian Community Federal Credit Union at 460 W. Center St.

Swaggerty stated that interested parties should ask to donate to the “Helping One” account in care of Shelia Hall, who is Xavier’s mother.

On March 31st, a communitywide cleanup in Riverview dedicated to Xavier will be held beginning at 10 a.m. at the SplashPad shelter pavilion, followed by a chicken and hot dog dinner at noon that will raise funds for the family.
Posted by douglassriverview at 9:01 PM