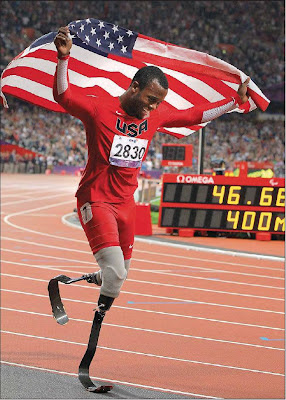 Xavier Hall, a junior at Sullivan North High School, has met Blake Leeper before. But he’s excited for the chance to talk to Leeper about London — where Leeper won two medals during the 2012 Paralympic Games and where Hall will visit this summer as part of a tour of Europe.

Co-hosts of the event are Holston Medical Group and HOPE (Help Our Potential Evolve) Youth Leadership.

Hall, 16, served as emcee for an event hosted by HOPE last December honoring Leeper and spent time with the 23-year-old athlete. Now he’s anxious to ask Leeper for recommendations of what to see in London.

“I’m excited to ask him how it was,” Hall said. “I’ll be going this summer to Rome, London, Paris and Florence. I want to get tips on where to go.” 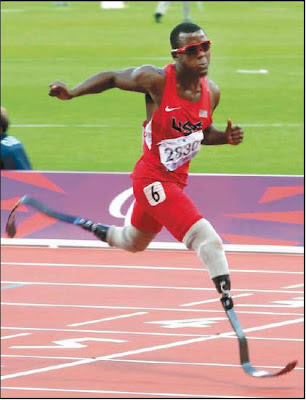 Leeper was born without legs from the knees down but played baseball and basketball in high school. He was in his fourth year of a five-year program in applied physics at the University of Tennessee when he got the opportunity to move to California and train for the 2012 Paralympic Games.

Blake Leeper Kingsport Olympic Game Day will begin at 10 a.m. with an opening ceremony. Presentations will be made by Holston Medical Group, the city of Kingsport, the Dobyns-Bennett High School basketball team, and HOPE Youth Leadership. At 10:45 a.m., Leeper will speak.

Children’s Olympic games will start at 11 a.m., and a closing ceremony is set for 1 p.m.

All kids should sign up at the information tent to get a ticket for door prize drawings.

The event is free and open to the public.

Leeper will return to Kingsport in December for another HOPE program, Robinette said. That event will be held at 7 p.m. Dec. 28 at the Renaissance Center.

Posted by douglassriverview at 11:52 AM