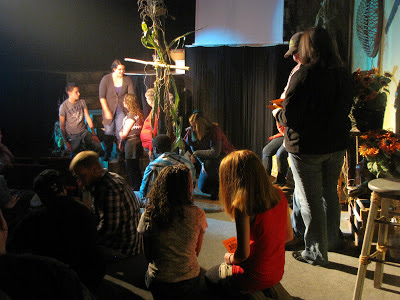 It's the Mortality Room, and it's a place nobody wants to enter.

Unless you need to have your soul saved.

The Halloween play at Kingsport's Lamplighter Theater, has many area teenagers, including the New Vision Youth, thinking about their futures and which paths to follow. Some of the kids are even in the production. 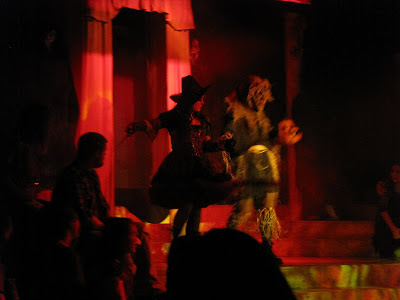 "Some people take Halloween as the dark side," says Billy Wayne Arrington, founder and president of Vision Productions, Inc. and Billy Wayne ministries, who produces the play at the Lamplight Theater in Fall Branch, TN. "We use that fear to say there is a positive message, based on hope, inspiration and faith in God. The enemy, Satan is out to destroy, but at the same time, we show how God can have a greatness and hope in the midst of that darkness." 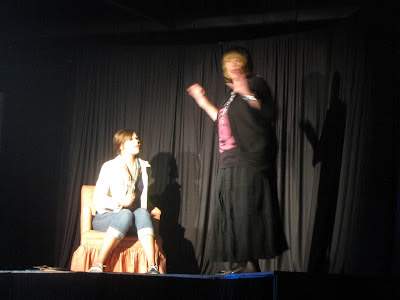 The story is so inspirational, that the chance to act in it, was too tempting for even the New Vision Youth director.

"I love acting in the play," says Johnnie Mae Swagerty, who strained her voice so badly during the scenes that required her to scream at her stage daughter. "It is a joyous thing for the New Vision kids. This is our second year acting and helping in the production of the plays at Lamplight Theater, and I can tell you, Kadeshia, Jevantes, Michael and Tammy just love it. We've just having a good time." 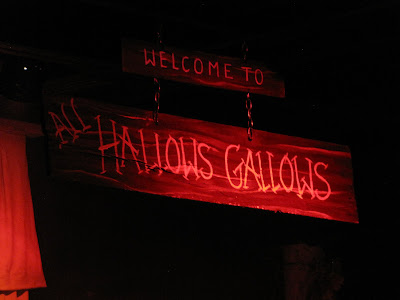 The story brings terror and exposes some light on the history of "All Hallows Eve," which is steeped in pagan customs. Tattie Bogal, an evil scarecrow will introduce you to Samhain, the "Demon of the Dead", also a host of Demon Scarecrows, and of course, Muck Olla, the "Boogey Man – Reaper of Souls). 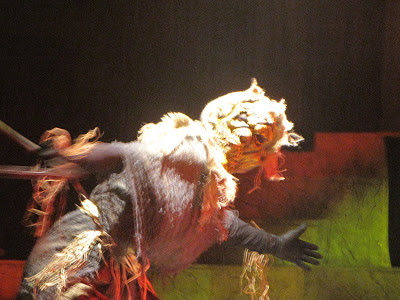 When you step into the Halloween expose, Tattie Bogal will entice you to enter her twisted world. If you aren’t careful, "Muck Olla" will deceive you into believing his lies as he unleashes his plethora of demonic spirits. When this hellish troupe comes to town, several teenagers are hoodwinked by the power of the "Boogey Man" who is out to reap their souls. Some victims fall prey to his traps. Little do they know the eternal impact that this encounter will have on their mortal lives. Their destiny in the “after-life” hangs in the balance as choices are made under the influence of principalities and dark forces.

"The play deals with things like K-2, drugs, to cutting, suicide and depression that teenagers face and the hearts that break every day," says Wayne. "During the play, a lot of healing takes place, and the teenagers are shown an alternative to the dark side. We try to show the positive messages that are available, through real-life experiences that involve ordinary, everyday people." 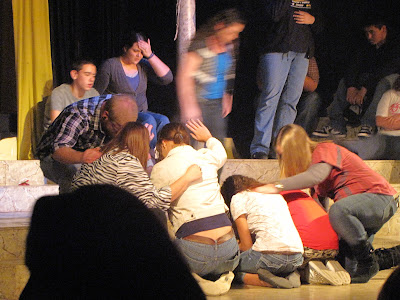 Billy Wayne Ministries works with many at-risk youth and families, and Arrington says, the message of hope is easy to convey through music, the theater and the visual arts. 90% of the plays, he writes himself from real-life situations he sees every day and the names "are changed to protect the innocent."

"What looks like entertainment, contains inspiration," he says. "Sometimes, the kids don't even realize they're being messaged."

Arrington says, the New Vision Kids already have positive attitudes, and he says he feeds off that, to get others to follow the right paths.

"They're real role models, that help influence others who have lost their way," he says, "and that's why they fit in well with all of our activities." 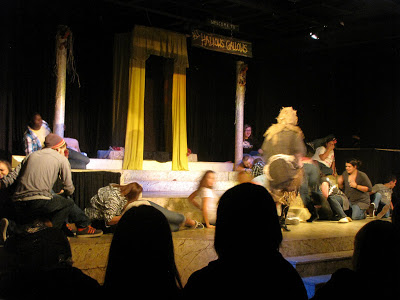 "We've gotten to work with the New Vision kids, and we love them so much," says Arrington. "They've been to our camps for junior and senior high students. We show them that you can never use your circumstances as excuses to not rising to be the person that God has intended for you to be. The play is rated PG-13, and the younger New Vision kids can't be used on stage, so we put them in the production backstage.. they contribute well there. Miss Johnnie Mae is just incredible.. she'll get those kids out here to the theater, make sure they're there for rehearsals, and makes sacrifices so they can participate. Afterwards, we pray together, we fellowship together, we make sure they do their homework before they come out, and hold them accountable. We've never had a problem with that." 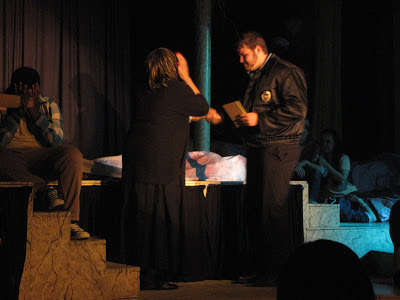 All of the actors in the play, put their full energy into the performance. Even one actress who does a lot of screaming.

"I just get into it," Swagerty says. "I don't have to pump myself up much. When I get mad at my boys (at home), they get to hear it anyway, so sometimes it's pretty easy. I do have a temper. But we're having such a time with the production and the message is so powerful, that we turn it into fun, too."

"It's part of the New Vision Youth giving back to the community, and we want everybody to come out and see us."

Due to its true-to-life situations and scary images, this show is rated PG-13. Performances will be October 26th through the 31st. There will be two shows nightly at 6:30 PM & 9 PM. The show’s seating is general admission with a suggested donation of $6. No reservations are necessary, however they are recommended in order to guarantee times and seating.

For Reservations and information please contact the LampLight box office at (423) 348-7610, Monday through Friday from 9 a.m. to 5 p.m., or click here for the Lamplighter Theater website.

Posted by douglassriverview at 1:32 AM