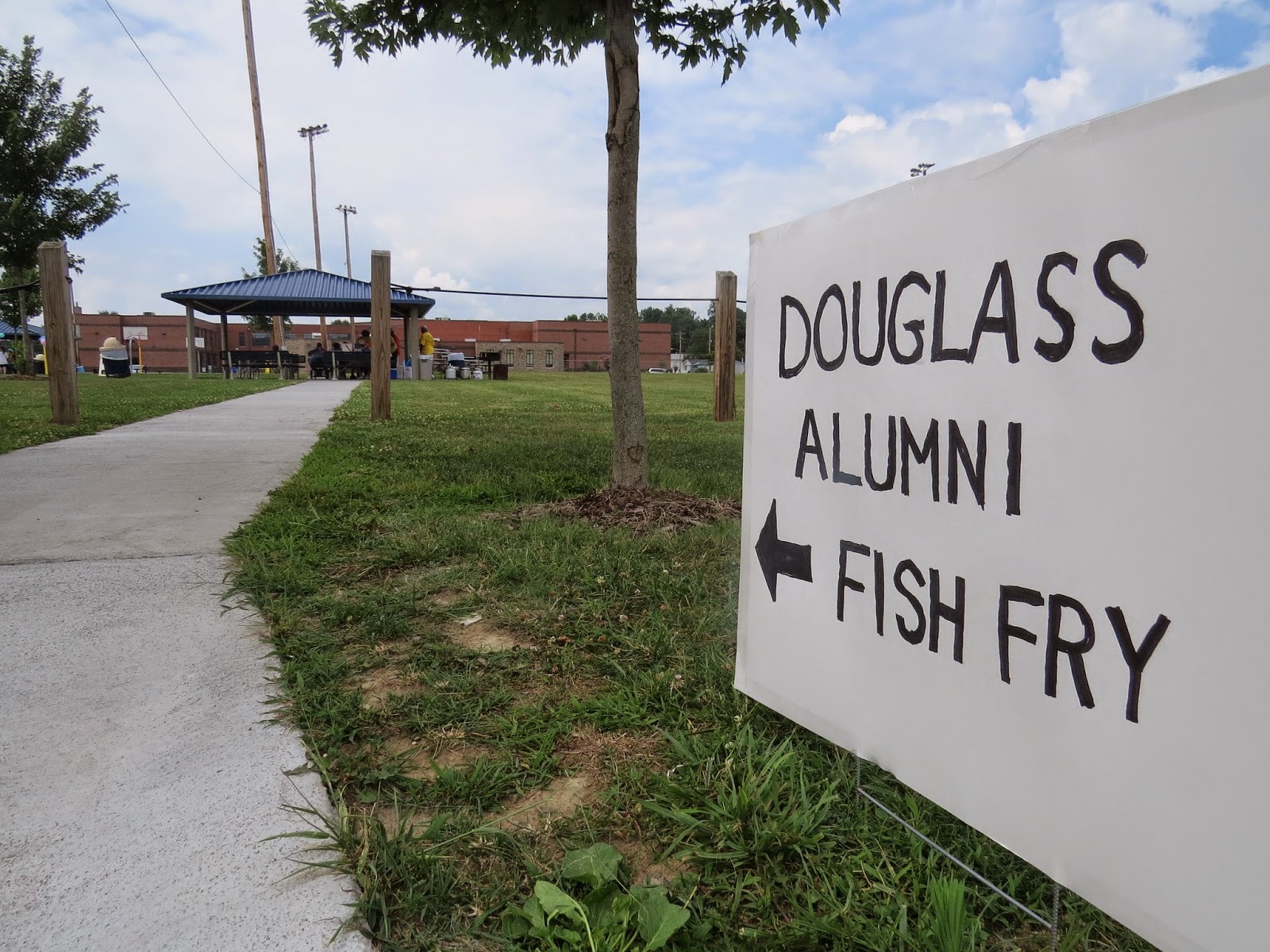 It's safe to assume the Sons and Daughters of Douglass Alumni Fish Fry Fundraiser was a rousing success.
"A fish fry was suggested at one of our board meetings," remembers Alumni President Douglas Releford. "Everybody thought it would be a great idea. We thought it would be successful, but it turned out much better than we expected."
Barbara Bell of Hawkins County stopped by to get several fish dinners.
"I had called my sister and mentioned it to her," she says. "My whole family loves fish, and anything the community is doing, we try to support it. I was so excited because the title was "Fish FRY." When I called and told my sister about it, word spread and then everybody in the family I talked to, wanted fried fish, so now I'll have these to deliver." 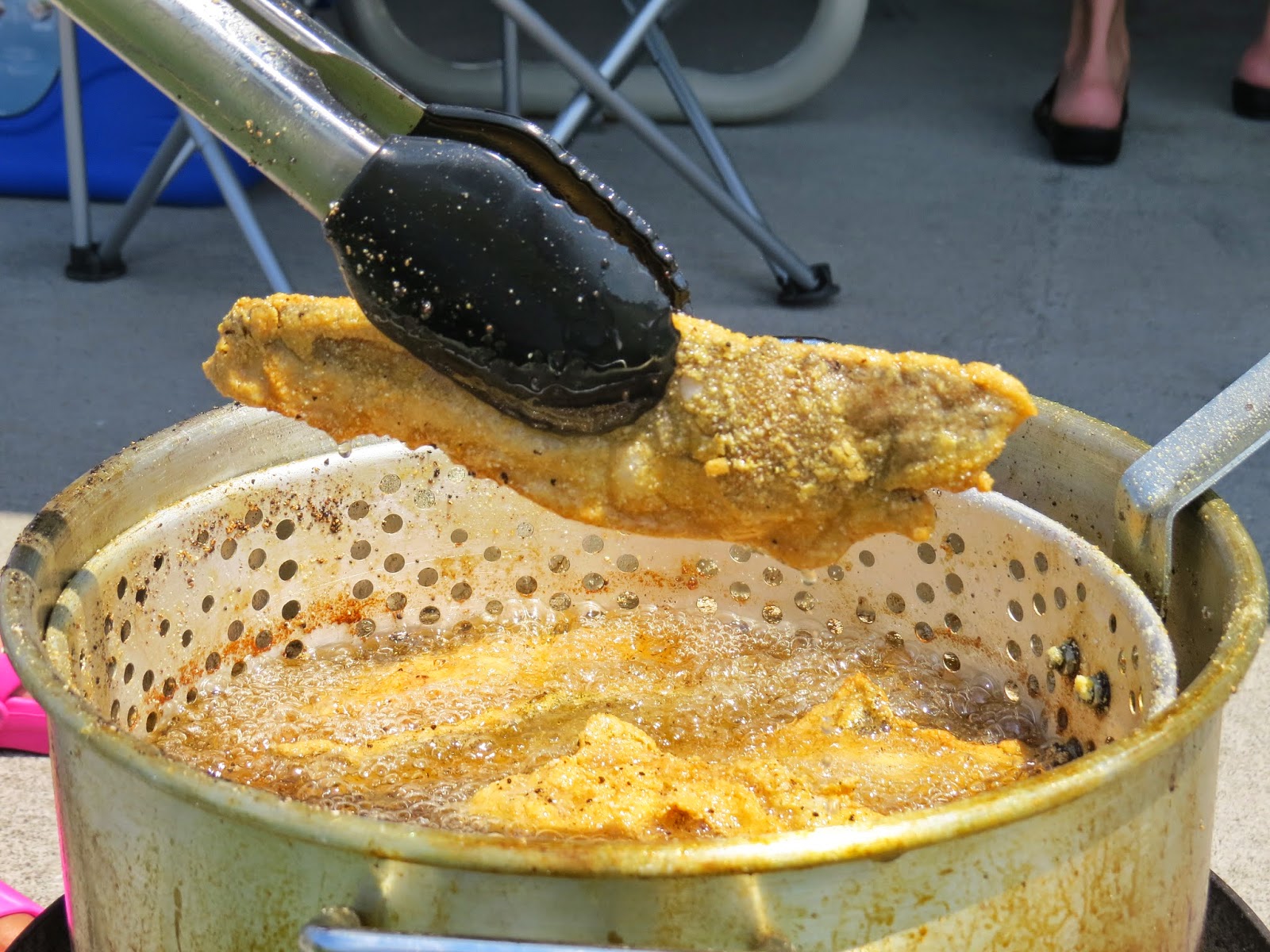 Bell says, this event is reminiscent of what black folk used to do back in the old days.

"We used to have fish fries in both the Zion Hill community in Hawkins County where I lived, and the Riverview neighborhood when I would visit, especially among the churches," she says. "This so much reminds me of those good days. The camradery of sitting around and talking to peole, catching up on their lives and reminiscing. Just talking to friends enlightens the spirit. People I love and haven't talked to in a long time, some in a week or two, others even years.
"It's just so relaxing."

But then, the fish proved to be a good reason to come out.
"All of that good conversation around some good fish," she laughed. "Just the smell of it makes you want to hang around a while. That whiting is good fish. A lot of people think they have to have that tilapia or that catfish or that swordfish. Whiting fish is a staple in the black community.. it's OUR fish. It's really good."

Releford says, the fish fry was to raise money for the Douglass Alumni Scholarship Fund, which has been without a major money source since the annual Alumni Golf Tournament stopped.


"The golf tournaments were the primary source of funding for the scholarships for graduating seniors," he says. "That left money raised from alumni membership dues to help maintain the day-to-day operations of the alumni office and other programs that we do.
"We have been looking at alternatives to raise money for the scholarship fund," says Releford. "We're hoping, in lieu of the golf tournament, that we can get some type of grant to help us out. We applied for one, but unfortunately got turned down. We're going to keep trying, because the education of our children is at stake. We're not going to give up. Anything we can do as a scholarship fundraiser, we'll consider it, because this one is all for the kids." 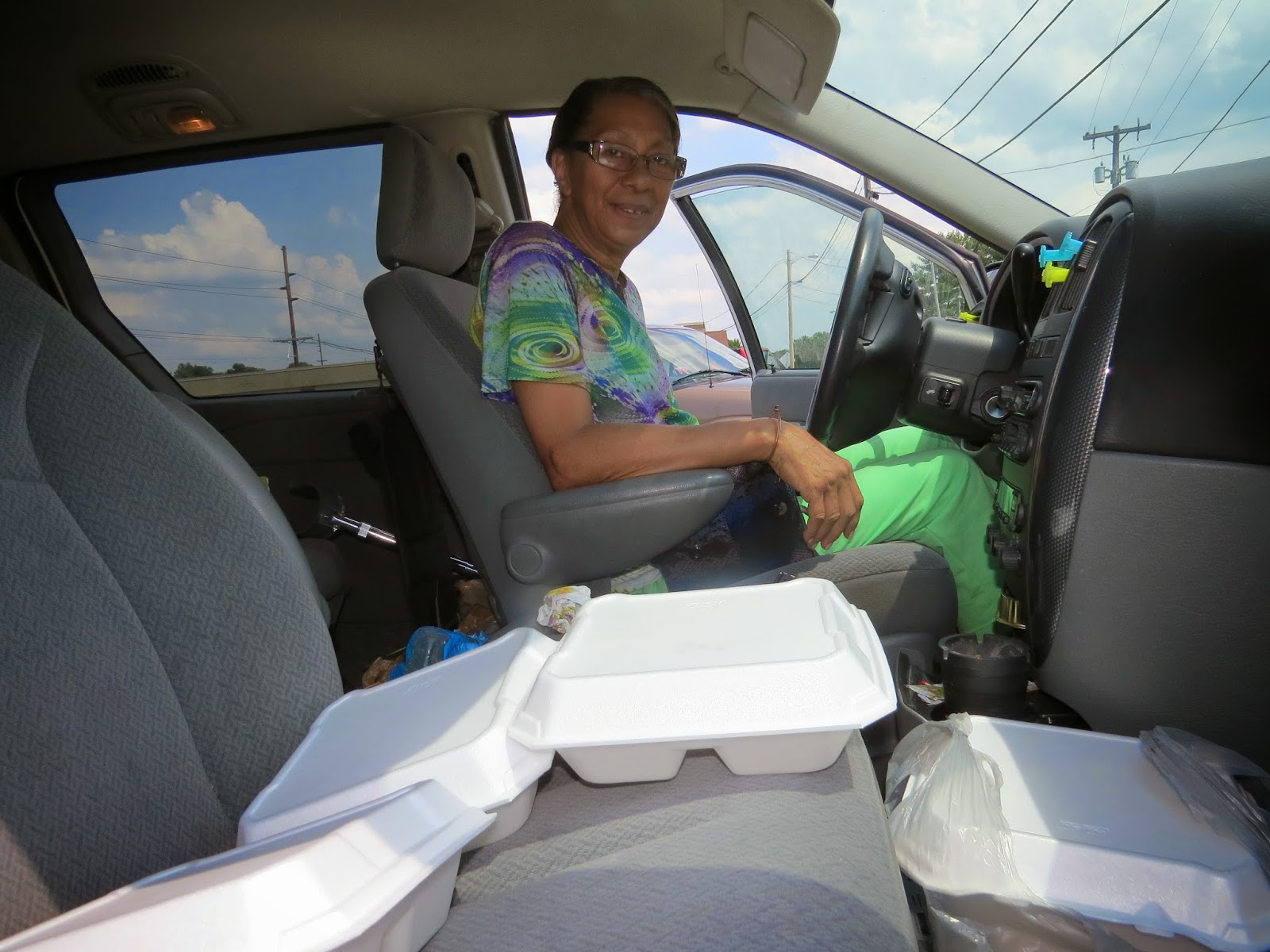 That fact did not go unnoticed by Mrs. Bell, who was pleased when she found out where the money for the fundraiser was going.

"That's great, because my granddaughter received a scholarship from the Douglass alumni last year," she says. "My granddaughter, Cydney Morrisette just finished her first year at Maryville College, and is doing very well. I don't mind helping any organization that does things like raising money for good things. Every chance I get, every opportunity I have to help them, it makes me feel good. I know first hand that they're doing good. They're still taking care of the community and spreading the wealth and that's important. Every little bit helps... doesn't matter if it's 5 dollars here, 10 there.. students always need as much money as they can get, and the Douglass scholarship helps with the little unexpected things that college can nickel-and-dime you on."
"Every one of the students who have received scholarships and gone on to college, has appreciated it," says Releford. "Each one has been deserving of the extra help, and we've been happy to help provide what we could to help their parents. We've always noticed the fact that every little bit does help." 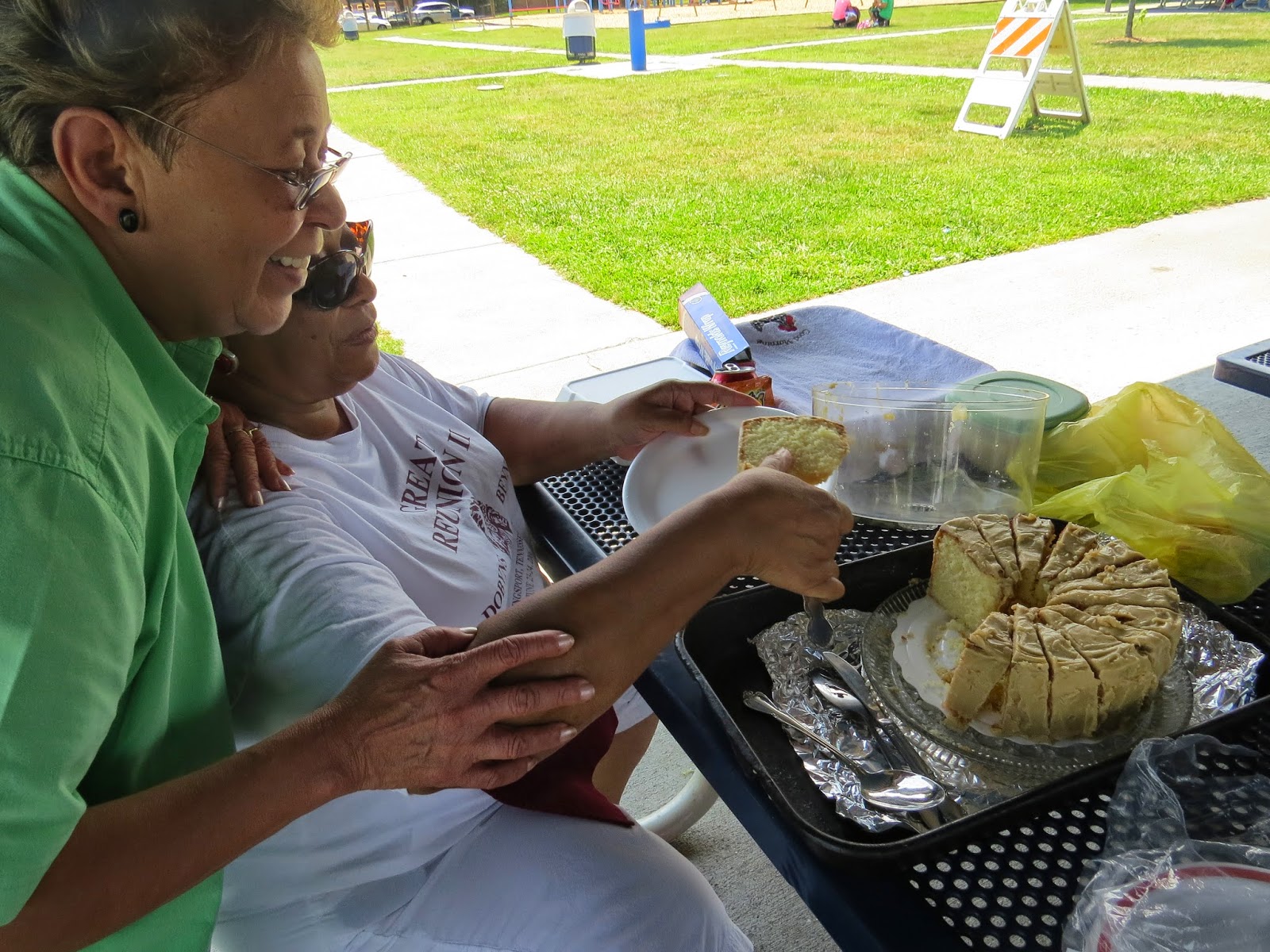 Will there be another Douglass Fish Fry fundraiser?


Releford says, count on it.
"Well, according to some of the board members, there will be," he says. "We might even have fish, ribs and chicken wings the next time.. a lot of people were asking about wings today. We'll try to get at least one or two more 'fry' events in, before the season ends." 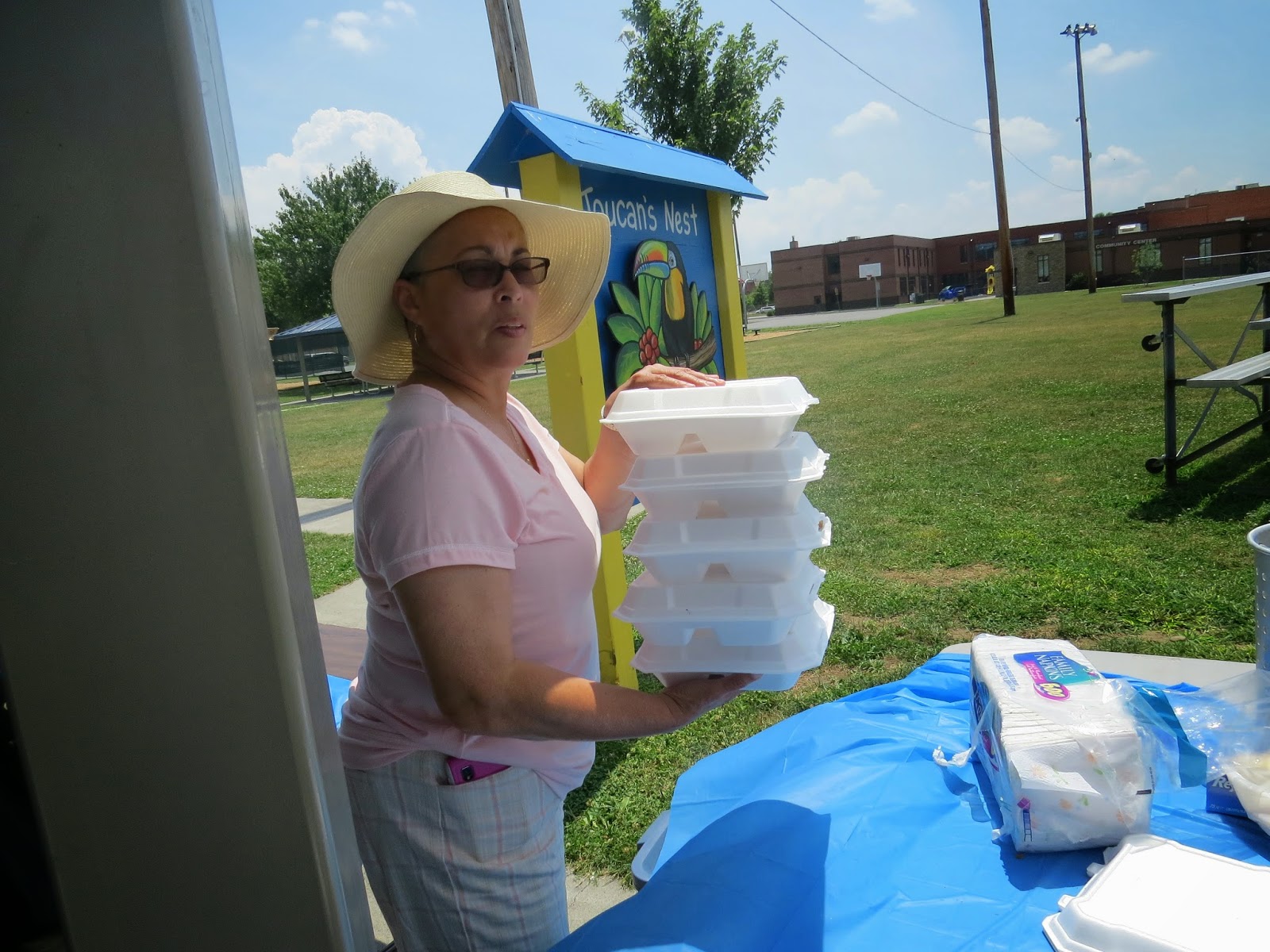 Meanwhile at this one, folks keep stopping by the Douglass ballfield shelter, and the orders keep coming. Andrew Watterson is dropping fish into the fryers right and left. "Andrew can really fix some good fish," says Mrs. Bell. "Really, he can cook anything well."

That amounts to 140 fish sandwiches. Each and every one of them cooked by Andrew was sold, to folks who waited on them by chatting with friends, and enjoying each other's company.


Not a bad way to spend a warm, sunny Saturday afternoon in Riverview.

Created with flickr slideshow.
Posted by douglassriverview at 12:07 PM