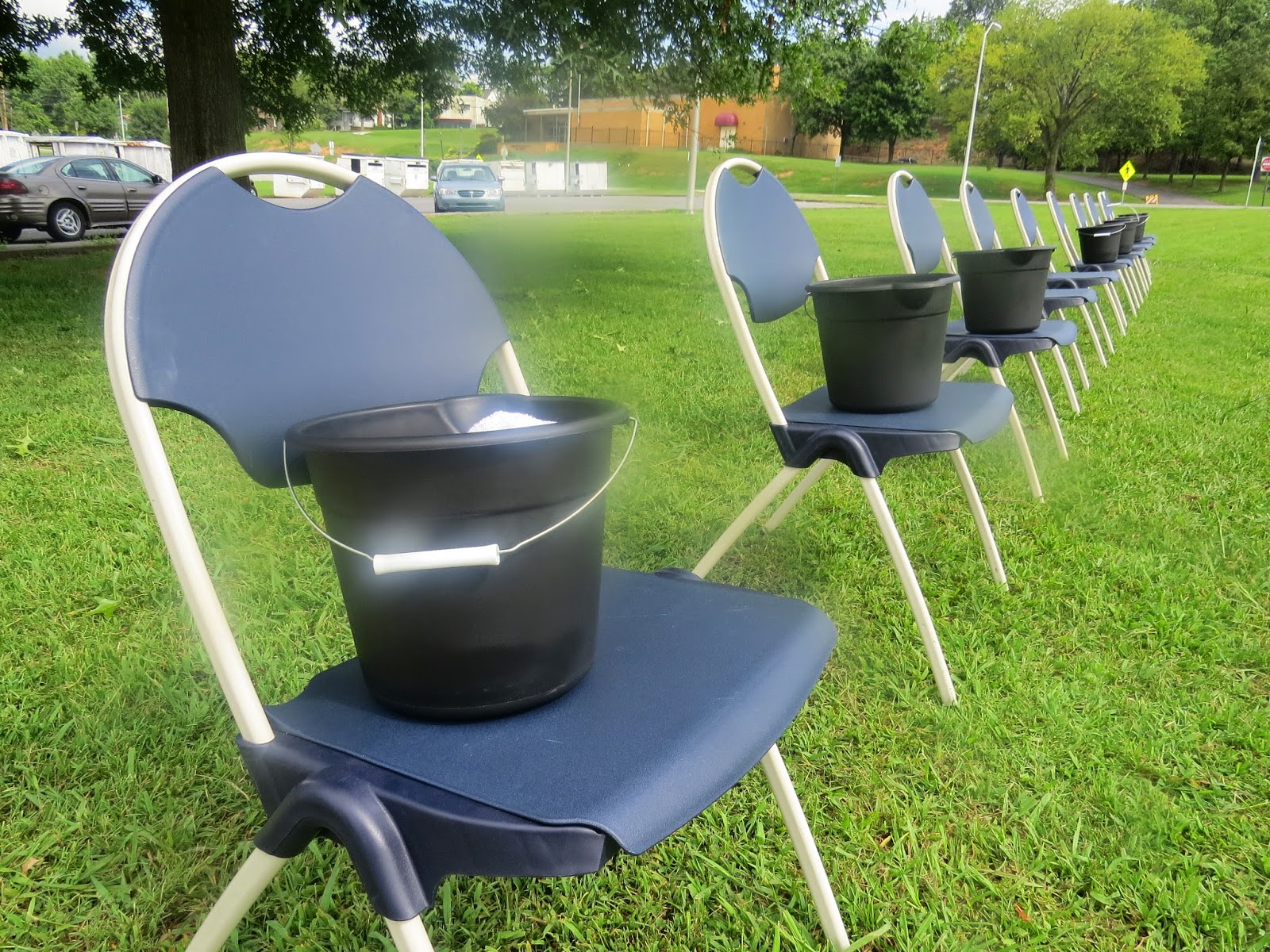 The New Vision Youth took time out from celebrating their ancestors on National Grandparents Day, September 7th, to help raise money to fight a disease that everybody's talking about.

Ice bucket challenges have cropped up all over the place, where folks raise money for ALS research and programs by getting buckets of ice water dumped on their heads. 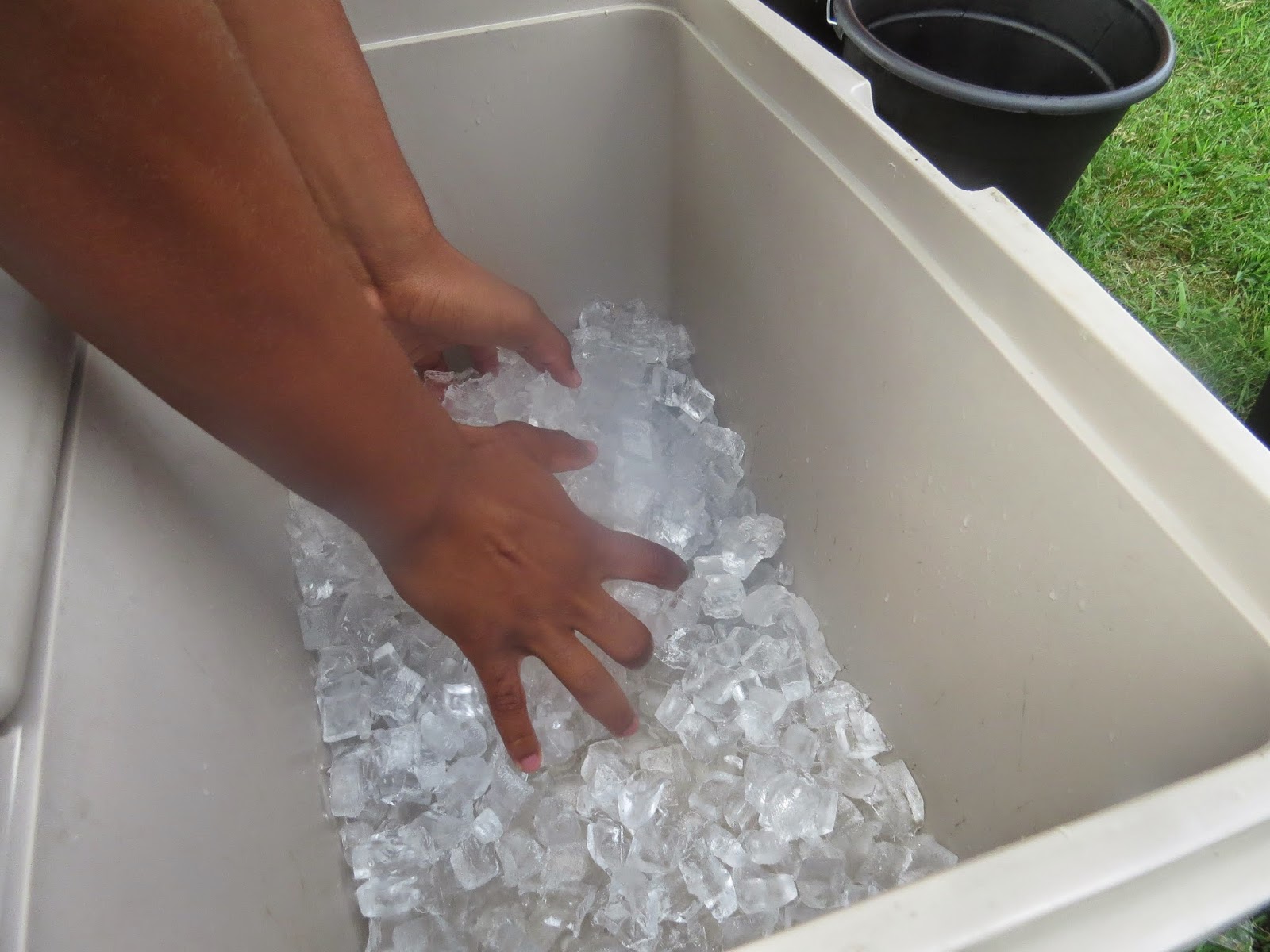 "Angel Pruett challenged me to do the Ice Bucket Challenge," says New Vision Youth director Johnnie Mae Swagerty. "I called Calvin Sneed with the Sons and Daughters of Douglass Alumni Association, and between us, we started calling folks, getting them to commit to raise money, and also to get ice water dumped on their heads. We thought it would be good to do it at our Grandparents Day celebration, because it might be entertaining to the seniors attending." 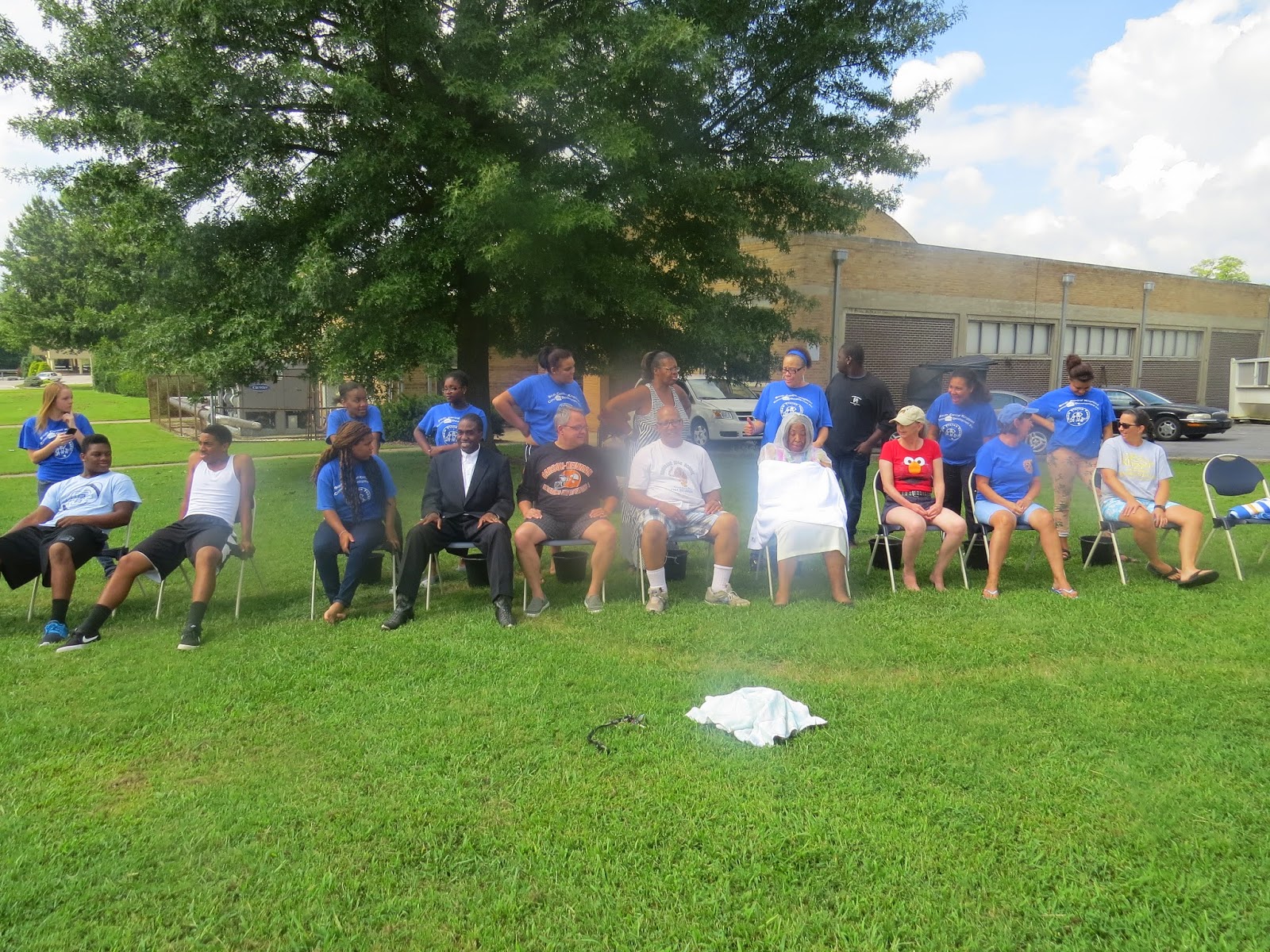 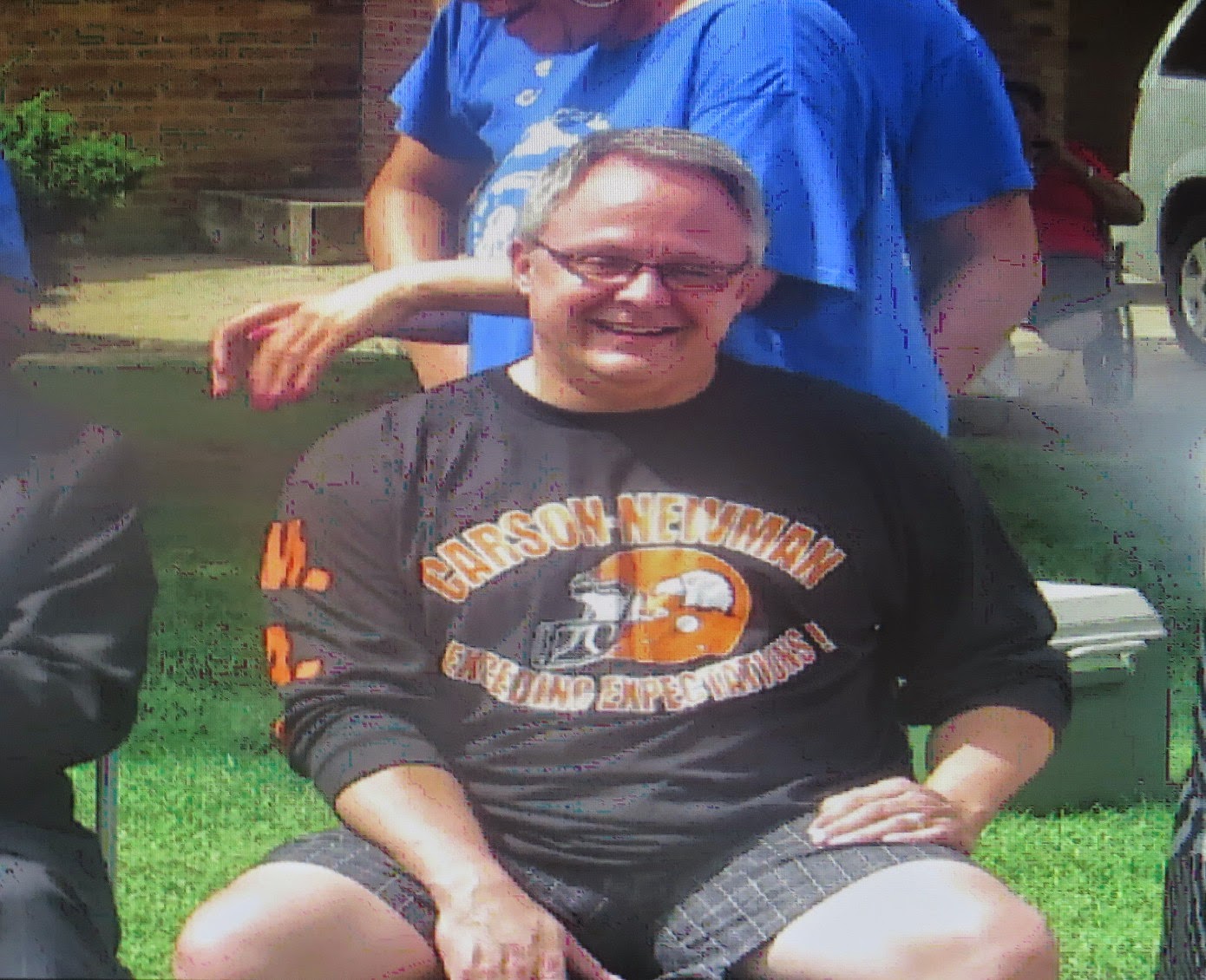 As with everybody else, it was Fleming's first ice bucket challenge.

"I knew a couple of people who struggled with ALS on a daily basis," Jeff says. "I have never really understood what they went through with the disease, until the awareness was raised through these ice bucket challenges. I'm convinced that anything we can do to help raise funds and also raise the knowledge about this hideous disease is worth the time and the money." 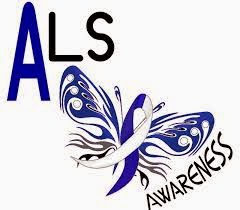 ALS, also known as Lou Gehring's Disease, robs people of the ability to move, feed themselves.. even speak. Tragically, it leaves the person's mind intact. They think.. they know.. they remember.

They just cannot express themselves.

During this same time last year, the ALS Association had raised on $2.8 million dollars for research and program services. This year, through no advance preparation of its own, the association is astonished to have over $110 million dollars in its coffers. And it's all because of one little stunt. 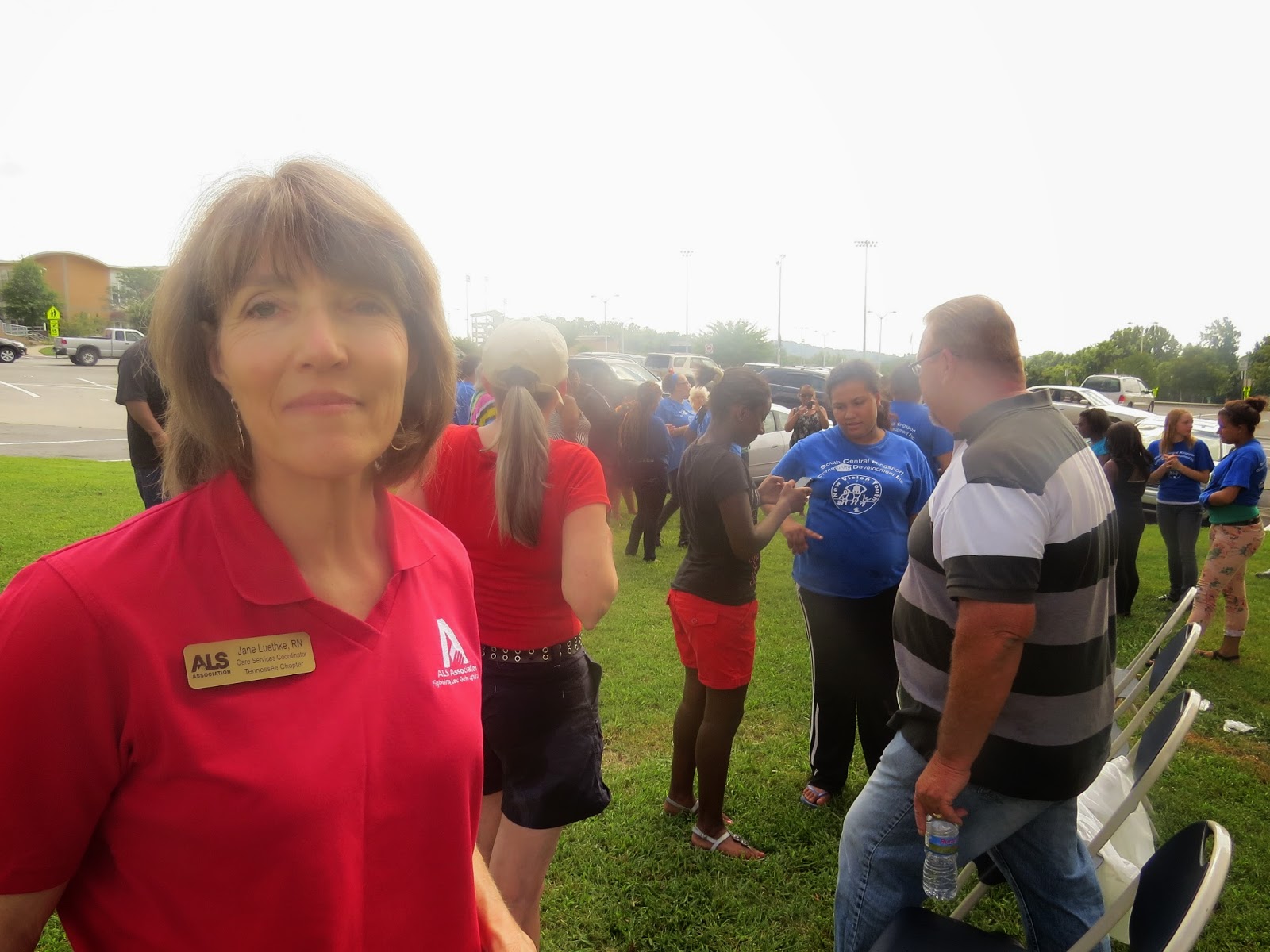 "I must admit, I didn't know too much about ice bucket challenges," admits Jane Luethke, the East Tennessee program coordinator for the ALS Association. "I thought 'oh, ice bucket challenge.. that's kinda novel.. it might make a difference.' Boy, was I wrong! That's what's so amazing to us who deal with ALS support programs every day.. the association didn't really do anything to get the Ice Bucket Challenges and the flow of so much money started." 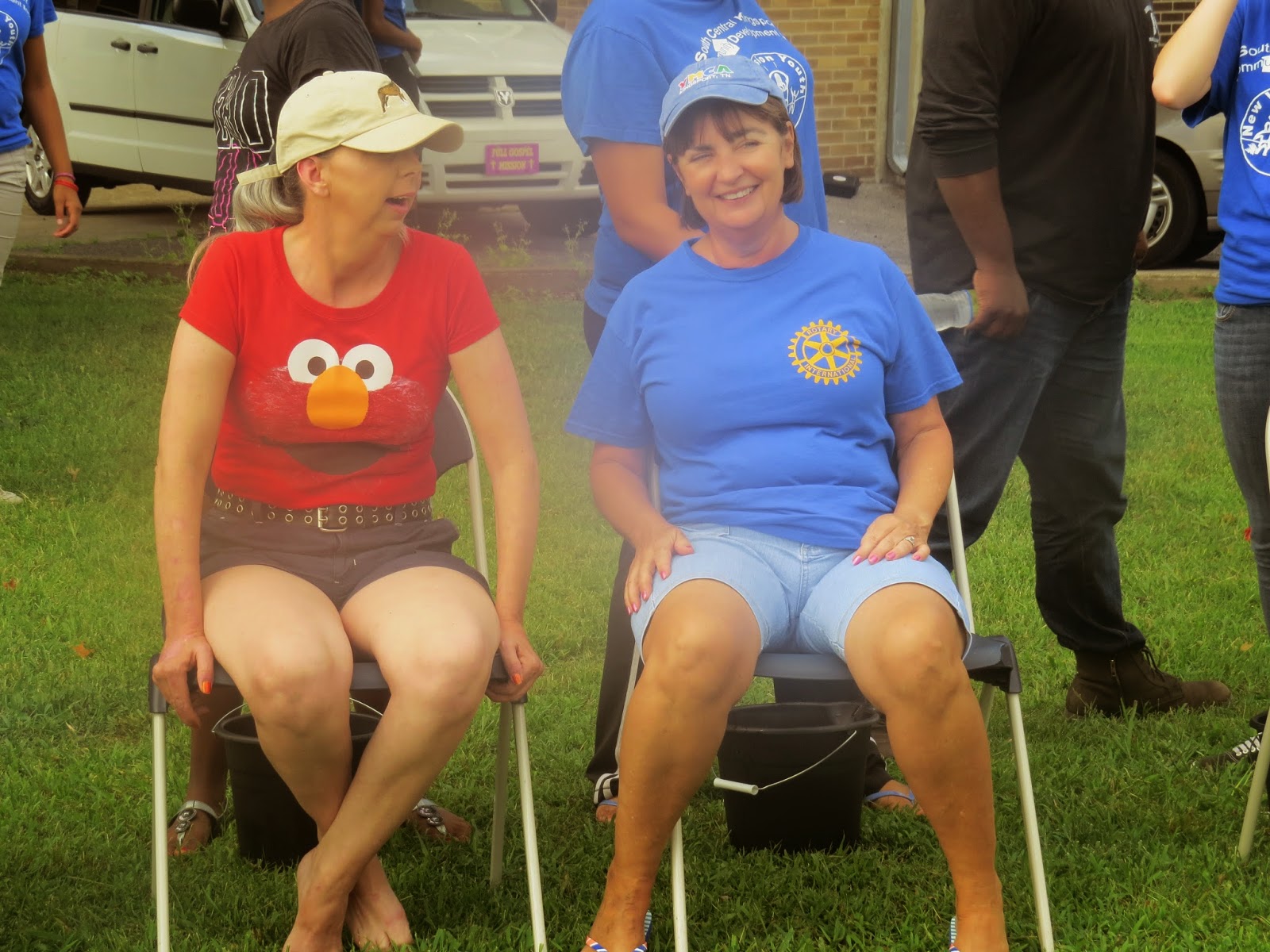 Luetke says it has been thrilling to see the challenges that went viral through social media all across the country and the world.

"Our national chapter has been graciously overwhelmed by the financial support," she says. "To see the faces of patients after we tell them how much money has been raised, and to be able to tell them that ordinary strangers have been donating money to find a cure has really lifted their spirits more than folks will ever know."

"As the awareness grows, people will hopefully continue to understand how devastating this disease is." 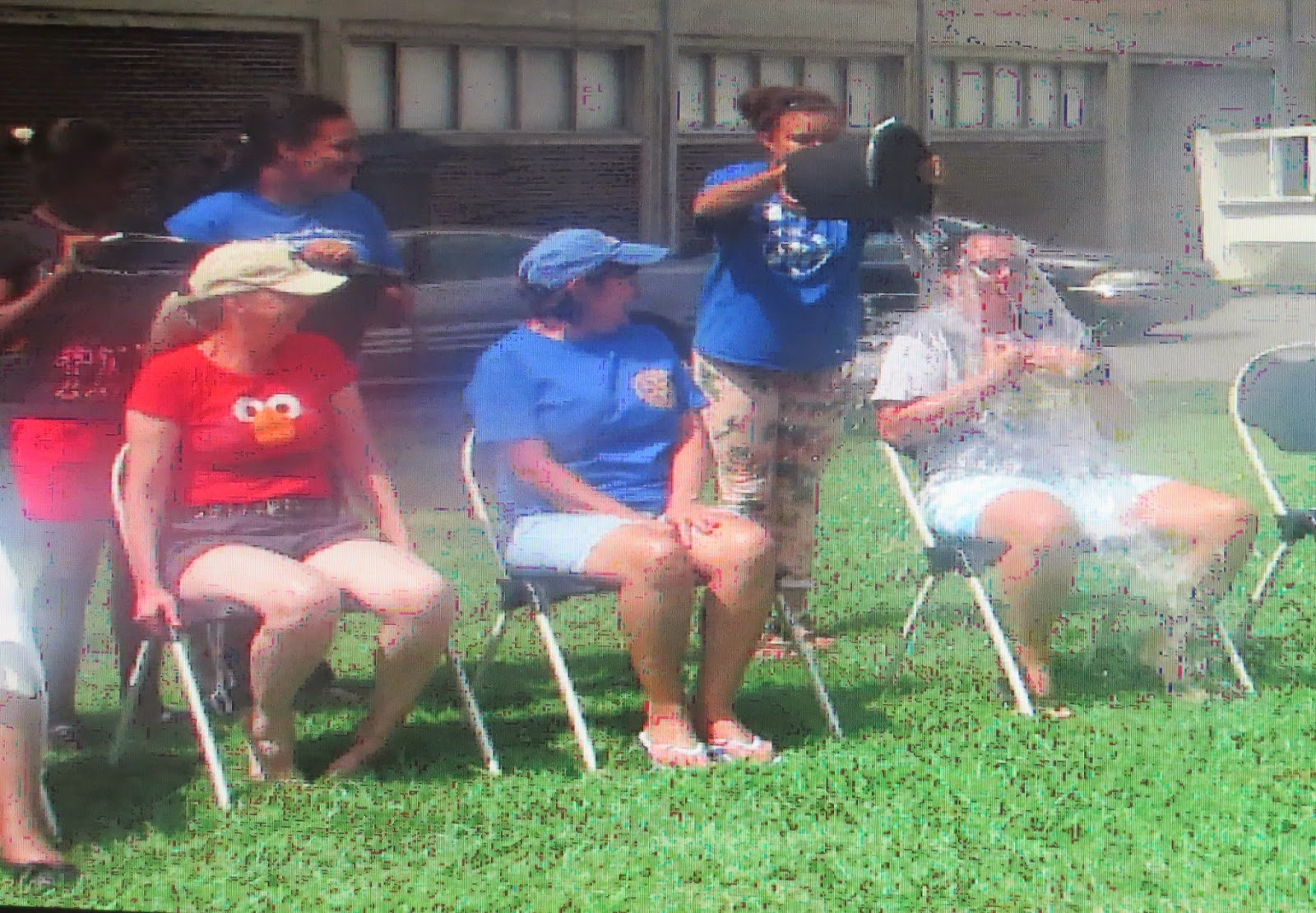 "A cure for this disease will put me out of a job," Lueutke said, as she watched bucket after bucket of ice water hit unsuspecting challenge participants.

"And that would be a good thing." 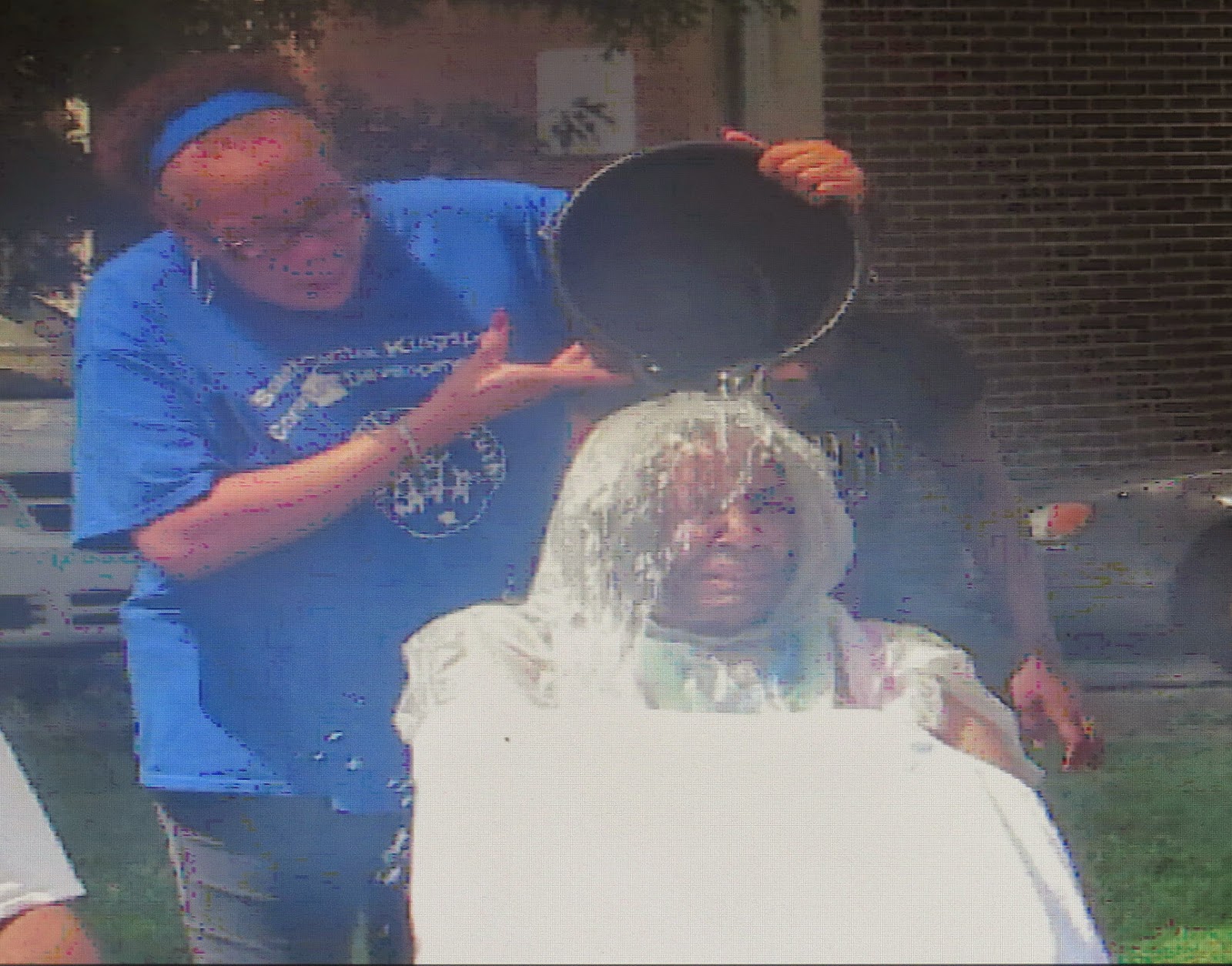 83-year old Pastor Swagerty called the challenge the Lord's Work in action among His people.

"The whole thing makes me happy to see all the people coming out and joining in, to do a good work," she said. "When you see people giving of themselves like that, you know God's into it. People need to think about helping one another. We'd all be a whole lot better because we'd know the Lord would have His Plan upon us, when we try to help one another." 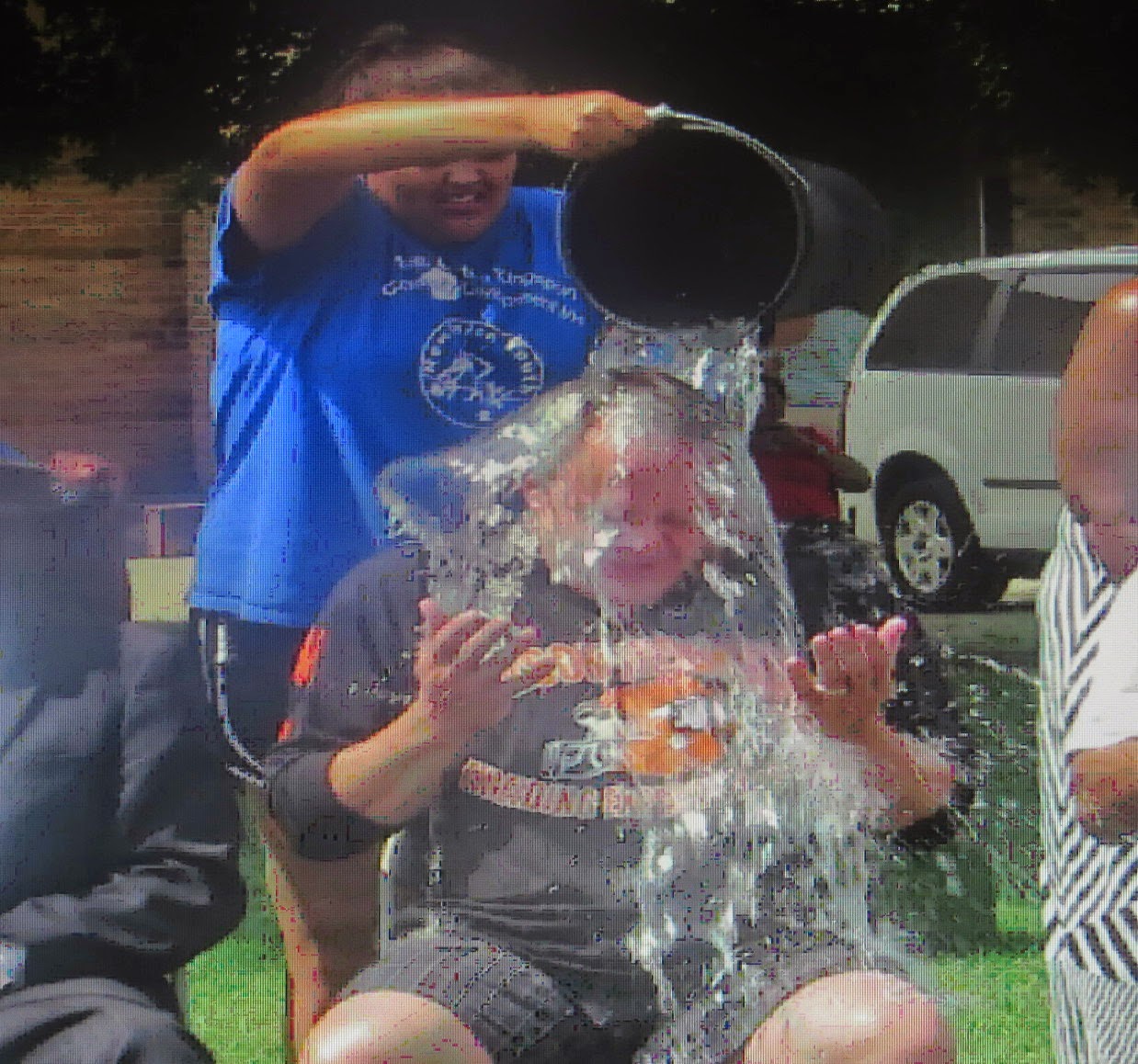 Jeff Fleming summed up the afternoon for everybody.

"It was good fun for a great cause, even though the cold water kinda took my breath away," he said. "Just seeing all these people out here doing something really positive, just gives you a good feeling."

IF THE SLIDESHOW ON THE GRANDPARENTS DAY - ALS ICE BUCKET CHALLENGE DOESN'T START AUTOMATICALLY, JUST CLICK THE ALBUM TITLE BELOW