Billboard in Kingsport causes a stir; take down spurs apology

This article courtesy the Kingsport Times-News 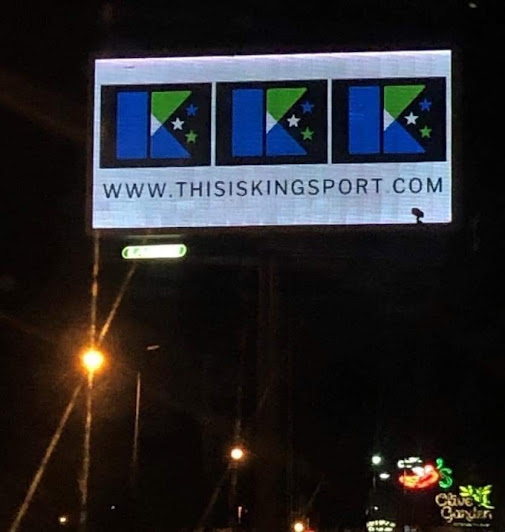 KINGSPORT — A City of Kingsport billboard has been taken down due to its “offensive” arrangement of graphics.

The city issued a statement via social media on Monday regarding the billboard, which was set to draw attention to the city’s promotional website for This is Kingsport.

“The City of Kingsport regrets the offensive arrangement of the graphics on a recent billboard promoting its leisure website, This is Kingsport, which is intended to be an uplifting and positive representation and resource for our city’s residents and visitors,” the statement on the This is Kingsport Facebook page said. “The billboard has been removed. Going forward, the city’s communications department will use a more stringent review process for such materials.

“The city apologizes for the error. The unintentional presentation of the site’s logo does not reflect the views of city government.”

The billboard included three This is Kingsport “K” logos. The three-K graphic on the electronic billboard sparked discussion on the city’s Facebook page from citizens.

“You really think that a city government would intentionally post a racist billboard to just stir the pot?” one comment read. “Why would they want all this negativity on purpose? Oh yeah, they wouldn’t, because it wasn’t on purpose. I know there is racism in this town and this country, but this isn’t an intentional example of that.”

Others said the billboard proved the “micro-aggressive, racist attitudes of non-people of color in Kingsport.” Another commented, “Great, you fixed the aesthetics. Now fix the system.”

Other Facebook users argued that the city’s workforce should be more diverse.

“I would like to see more diversity and inclusivity in these departments!” one comment said. “It will greatly reduce the chance that these things can slip by and diversity should be commonplace anyways.

“Maybe there should be more diversity in the building to help with this process. Just a thought.” The commenter continued, “... A panel of all different races that could be as simple as an email chain.”

The This is Kingsport Campaign is designed to support Kingsport as a whole, including the resources regarding arts, entertainment, education, events, businesses and more.

For more information, go to http://www.thisiskingsport.com/.

Posted by douglassriverview at 8:46 AM