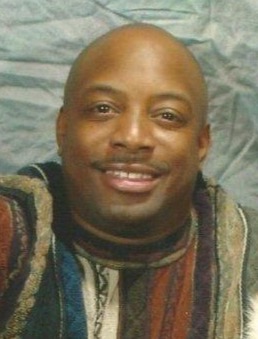 He attended the Kingsport public schools and Austin Peay State University in Clarksville, TN.  Rodney was a contractor and would find a job even if he had to make it himself.  He was a hard worker.

If you knew Rodney, you know that he talked to any and everybody.  He never met a stranger, but when he did, they would soon become his new friend.  His dad used to say that Rodney would put a spotlight on you.  He loved everybody.  If you could hear him and Randal Releford talk about DB Coach Walter "Buck" Van Huss, you would be sore from laughing.  It was such good comedy they could take the show on the road.  He had so much love and joy to spread.

To cherish his memory, he leaves behind his sons, Seraja Hodges of Roy, Utah and Roderick Melton of Jackson, TN.... two grandchildren, Jordan Melton and Camden Melton, both of Jackson, TN.... siblings, Sharnita B. Freeman, whom he affectionally referred to as the 'warden'.... Marcus (Tonya) Bly of Knoxville, TN.... Brent Bly of Kingsport, TN.... Carlton (Carla) Bly of Knoxville, TN.... step-mother Vivian Releford, and a host of aunts, uncles, cousins and his KAPPA ALPHA PSI brothers whom he loved dearly!

We will miss and mourn him, but just remember all the love and laughter he left behind.

The family will receive friends at 12 Noon on Saturday, November 27, 2021 at the Shiloh Baptist Church, Kingsport.  Funeral services will begin at 1 PM at the church.

Care of Mr. Rodney K. Bly and family is entrusted to the Clark Funeral Chapel and Cremation Service, Inc., Kingsport.

Posted by douglassriverview at 9:23 PM