DB-Douglass vs. Johnson City-Langston: One Heck of a Basketball Game Then.... and Now 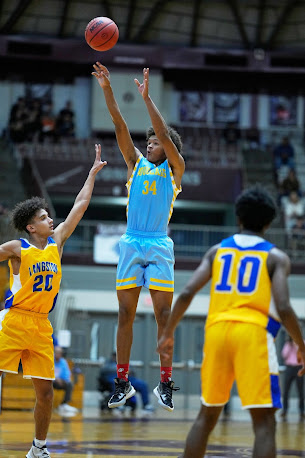 Whenever the Douglass Tigers basketball team played their arch-rivals, the Langston Golden Tigers, fans came from all over upper East Tennessee and Southwest Virginia.  Even folks from the other schools in the old Tri-State Athletic Conference showed up to watch the two titans battle each other for supremacy.

It would be the best game in conference play. 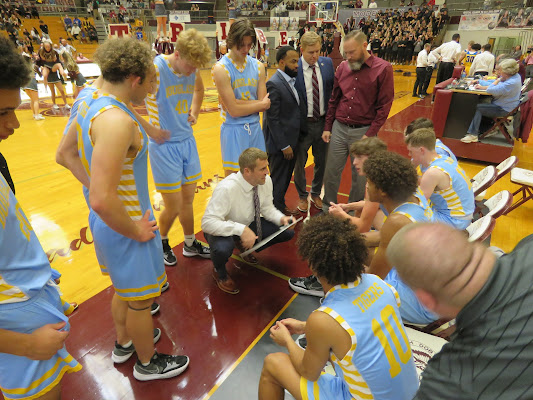 Fast forward 56 years.  The location is different.  The coaches are different.... the teams different.  But with typical Douglass-Langston games, the outcome wasn't decided until the last two minutes of the game. 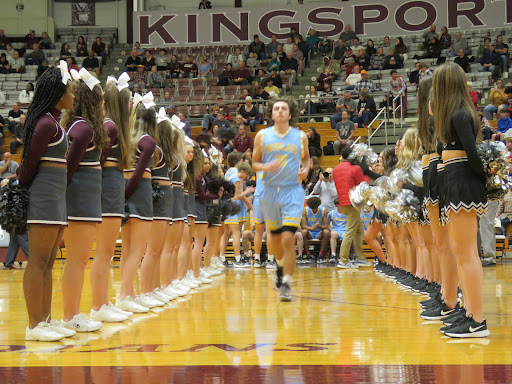 Dobyns-Bennett paid tribute to the legacy of the Douglass Tigers two weeks ago during its game with Johnson City Science Hill.  The DB Indians were dressed in the uniforms of Douglass, while the Science Hill players were adorned in the gold uniforms of Langston. 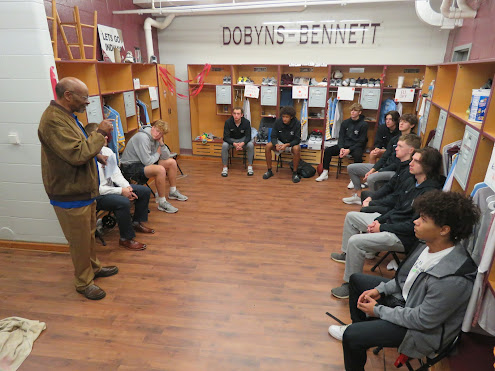 The evening began with a rousing pep talk by Douglass alumnus Donald Hickman to the DB squad in their dressing room. 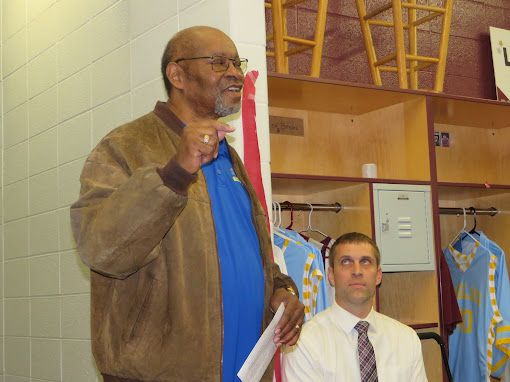 Hickman, the first African-American to play basketball for Dobyns-Bennett after Douglass was closed for integration, reminded the DB-Douglass players of the legacy they were honoring in the game against Science Hill-Langston... that even though Douglass wasn't allowed to play DB back in the day, both teams knew the other was pretty good, as they kept an eye on each other across town. 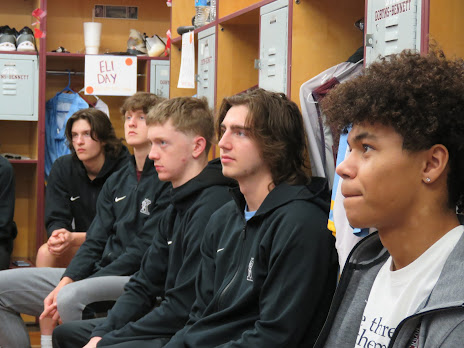 When it comes to competition, Hickman told the squad to the target of every team's goals.  "Be the team that everybody wants to beat," he said.  "Be a relentless competitor.  That's what (Coach Bob Deering) told us before every game with Langston.  Play like you're playing against the best team you've ever played against.  Don't make dumb mistakes, even though people make stupid mistakes all the time." 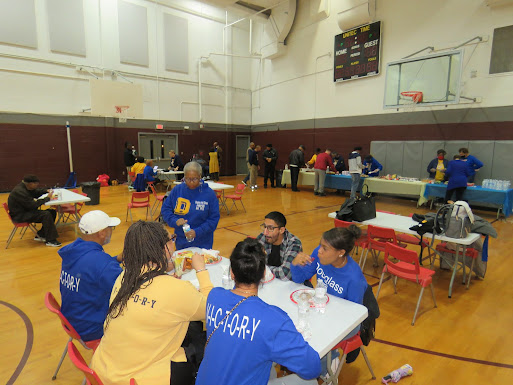 While Hickman was busy revving up the DB-Douglass squad, many of your Douglass alumni, friends and neighbors were enjoying a reception in the DB girls' basketball gym.  Unlike 22 months ago in February, 2020, only about half the expected Douglass crowd made the trip into the Buck Van Huss Dome to reunion in their Douglass sweat shirts and tee-shirts. 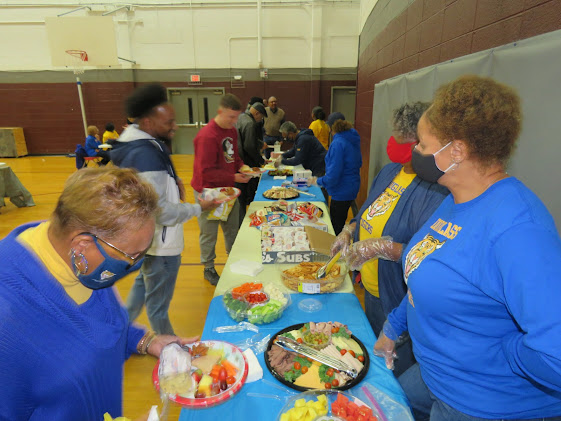 Again, the fellowship was unmistakable as stories were swapped, sandwiches, fruit and veggie plates were consumed.  After the game, a small group of the Douglass alumni faithful gathered in the Douglass Community room in the V.O. Dobbins Community Center to continue the reunion. 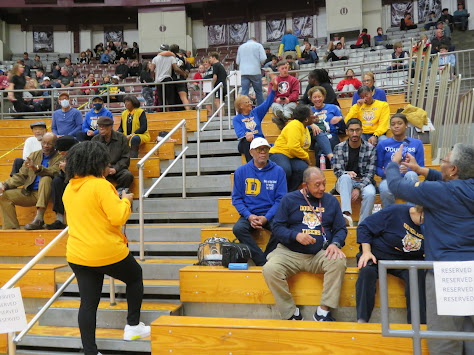 But after the DB reception, folks were escorted to their front row seats in the Van Huss Dome to enjoy one of the most exciting basketball games of the season.  It was just like Douglass and Langston would have wanted it.

Below is the account written for the Kingsport Times-News: 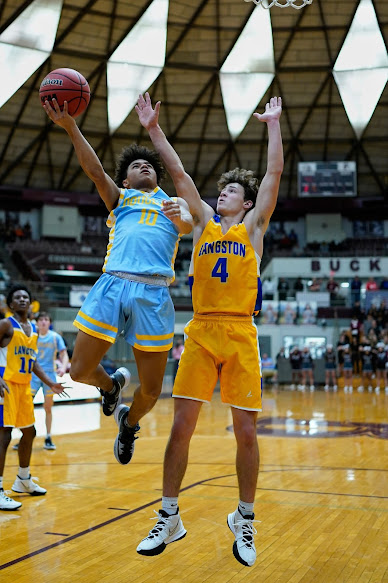 KINGSPORT — The fellas from old Douglass High School would be proud of the way the Dobyns-Bennett boys basketball team got it done Friday night.

Wearing the former school’s powder-blue and gold colors with “Tigers” across its jerseys, D-B outplayed Science Hill when it mattered most, scoring a 55-48 win in an early-season Big 5 Conference showdown at the Buck Van Huss Dome. 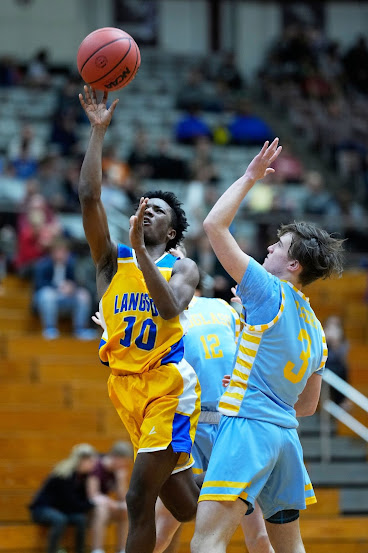 The Hilltoppers honored old Langston High and wore the royal blue and dark gold colors of the Golden Tigers, who concluded their rivalry with Douglass in 1965.

The Indians (8-3, 1-0) overcame a frightful start to gain this win, drawing even by halftime and then taking it to the Hilltoppers over the final 16 minutes. 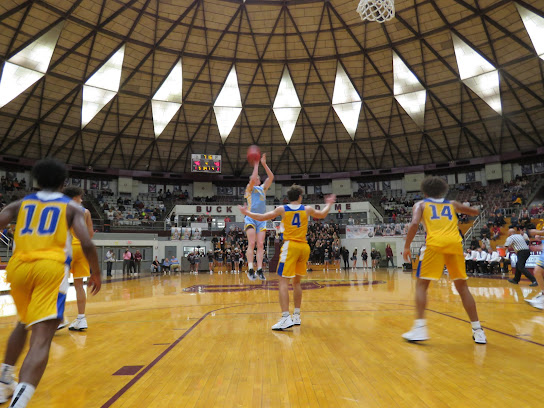 “Hats off to Dobyns-Bennett,” Science Hill coach Ken Cutlip allowed. “They were the better team the last two quarters. We made too many turnovers in the second half and we simply did not execute.”

The Indians were basically awful over the first seven minutes, missing 11 of their first 12 shots and committing three early turnovers to trail 13-5.

“There was a lot of energy in the building, you know ... Douglass night and Science Hill’s in town,” Tribe coach Chris Poore said. “The guys were fired up and we just had to settle down and play some basketball.

“We had some guys make some plays and I thought Carter (Metz) got started early, which really helped calm our nerves.” 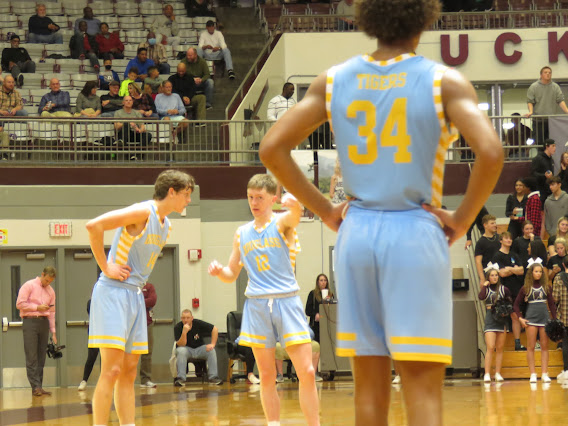 Stump kept D-B within shouting distance with seven early points before Gillespie and Metz got it going in timely fashion as the Tribe inched back.

The hustling Gillespie scored all 10 of his points in the second period, including a rainbow 3-point bomb to tie the game at 30 at the halftime buzzer.

Metz, a transfer from Cherokee who averaged 21 points an outing last season, produced four buckets in the second quarter in a variety of ways.

“He’s good and I was glad to see it,” Poore said. “He’s been reserved for us and we really want him to break out of that shell. Tonight was a good step forward.”

A 6-foot senior with ample game, Metz is glad to make a difference at D-B.

“It’s been a blessing, from the coaching staff to all the players,” said Metz, who led all scorers with 17 points on 7-of-13 shooting from the floor. “They’ve all welcomed me with open arms and it’s been life-changing for sure.

“I’m just playing with the team and playing my role. The shots were coming to me, so I was taking them. I’m really happy to help us win this one.” 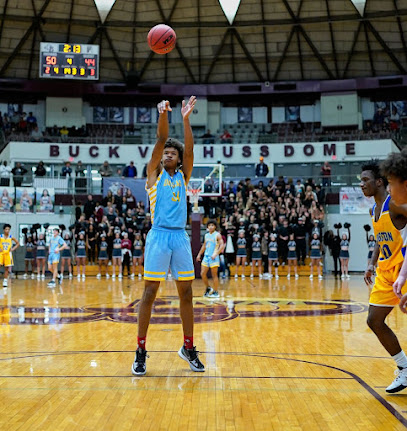 Malachi Hale helped carry the Tribe to the promised land, scoring 12 of his 15 points after intermission.

“Malachi does a lot for us,’’ Poore said. “In the biggest games he steps up in the biggest roles. He did it on both ends for us tonight.”

A powerful 6-4 senior with finesse, Hale also provided shutdown defense on ‘Toppers standout Jamar Livingston, who scored 16 points but was quiet after his three-point play gave Science Hill its last lead at 38-37 with 2:36 left in the third.

Not to be forgotten, sixth man McKinley Tincher hit a key 3-point shot as the Indians overcame their 38-37 deficit to lead 46-38 heading into the final frame.

“He (Tincher) hit a huge shot and he brings it defensively,” Poore said. “I love putting him in the game in our first rotation and he handles that role very well.”

“Ultimately, Keynan and Jamar both have to play better,” Coach Cutlip said.

Posted by douglassriverview at 9:16 PM